We have some new team members with cute hair and smart brains joining our already all-star cast of writers, and we’d love for you to get to know them a little more officially. Some of them love cooking, and some are legally prohibited from doing so by law. Some of them are qualified to educate you about vadges, and some write sexy stories about them. Who knows how to tie a bowtie? Who knows how to scrape down and repaint a bathroom in a 24-hour period? Who’s a circus acrobat? Can anyone line dance? You have a lot of questions, but many of them can be answered by scrolling below! Autostraddle is so proud of all the talented, brave, brilliant, hilarious and supercute writers that have been making our website something really special for the past few years, and we’re proud to have even more talented people with fascinating experiences and  important expertise and mindblowing words to bring to the table. Autostraddlers, meet the new kids! 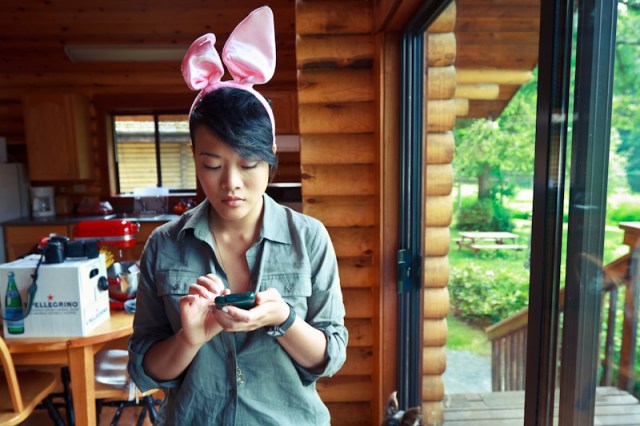 Bio: Kristen is a girl of many hats which include blogger, Vancouverite, Martha Stewart and hoarder. She has a penchant for all things nutty, pickled, wooden and/or turquoise. Although she is successful at wooing friends and lady-friends alike with her OkCupid profile writing abilities, she is semi-uncomfortable talking about herself in third person blurb form.

+ I cannot snap my fingers. If the zombie apocalypse is fought West Side Story style, you will not want me on your team.

+ I like to make challenges with myself, so I had a three year stint where I stopped wearing pants.

+ Some people swear by duct tape. I swear by florist wire.

+ An Illustrated Guide To Giving Away Your Blood

+ Can You Sew Your Bigotry Badge on Yourself? Or is That Too Gay? 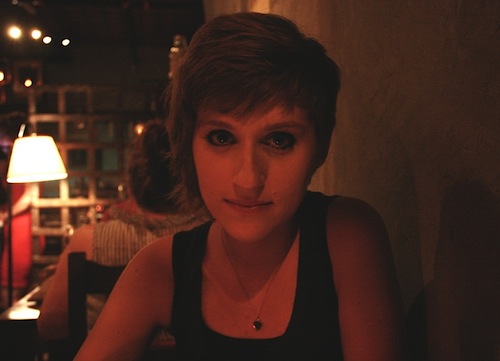 Bio: Gabrielle Korn is a writer and activist living in New York City. She received her B.A. in queer and feminist theory from NYU’s Gallatin School of Individualized Study in 2011, also known as having a B.A. in Lesbians. She has formerly worked as the Editorial Assistant at On the Issues Magazine and a Sex Educator at Babeland, and has interned pretty much everywhere from The Feminist Press to amNewYork. In her spare time, she helps organize the New York City Dyke March, staffs at the Lesbian Herstory Archives, and makes up songs about her dog.

+ Becoming an official part of Team Autostraddle was my number one goal for this summer.

+ I live in a house with four other women — my two sisters, my girlfriend, and Kimberly, our tiny special-needs poodle.

+ I first realized I might be a lesbian at the tender age of 10 in 1999 while watching the children’s movie Smart House and finding myself attracted to PAT, the cyborg house mom. 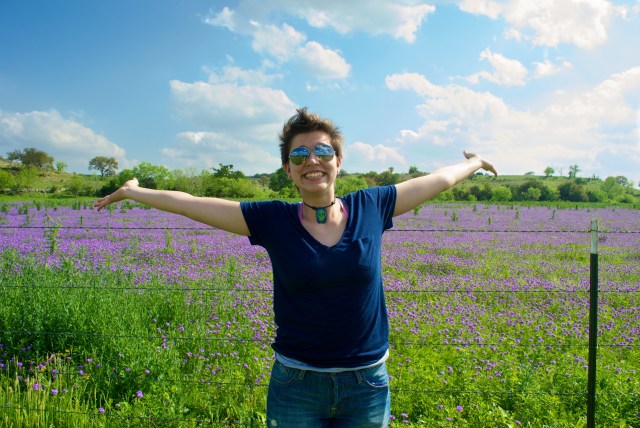 Bio: Ali can’t cook. Her girlfriend says she can cook eggs, but she may be just polite. She can read though, and write. Oh, and she’s a queer sex blogger, erotica author, and she has a cat. So even if she doesn’t have a tumblr and could burn soup, she’s still a pretty good queer. SHE WANTS YOU TO LOVE HER.

+ Studies circus acrobatics with a performance troupe made up of entirely women, mostly queer.

+ My cat has object permanence and can open all the doors in my apartment. And he steals jewelry from my roommate.

+ Aside from the computer, the sex toy box is the object with the highest monetary value in my apartment. It is actually a nightstand with three drawers bought just for sex toys.

+ Playlist: Discovering Your Ex Is A Shitty Person

+ Playing for Our Team: The 20 Out Gay Olympians 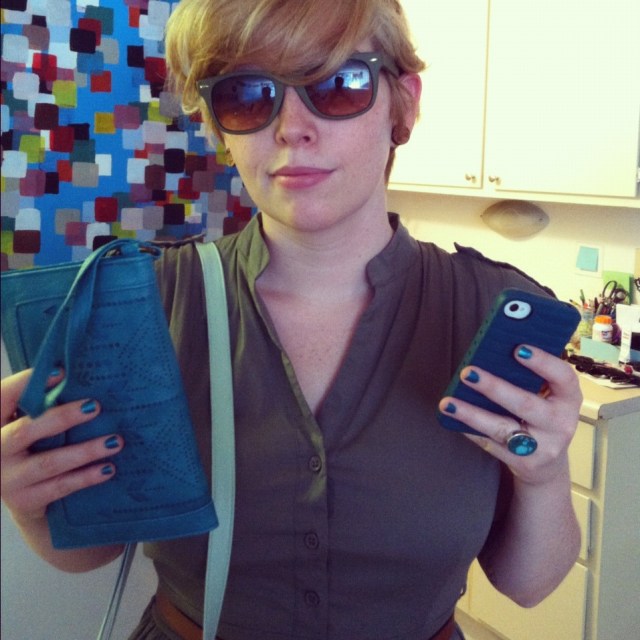 Bio: Sarah lives in the quaint little town of Fort Collins, Colorado, where she’s been since she was five. She took a short vacation from the mountains to do her Bachelor’s in New York and her Masters in Brisbane, Australia, but she keeps coming back to Colorado. By day, Sarah hangs out with her two-year-old niece and writes about cruises for an Australian company, and by night she hangs out with her scratchy-voiced kitty and lovely girlfriend, watches kdramas, thinks about Oxford commas and drinks root beer.

+ After living in Australia for awhile, it sometimes confuses people that I say the following things: sunnies, trolley, mince, sparky. I cannot stop saying these things, no matter how hard I try. I also sometimes mispronounce tomato now. THANKS, Australia.

+ I have been told by strangers and friends alike that I am Jess from New Girl, as I am simultaneously bubbly and awkward. I don’t know if this is a compliment?

+  I began reading Autostraddle because I had a crush on a girl and she liked it. Secret’s out!

+ Ten Ways to End Your Ugly Relationship With Stress

+ What the Affordable Care Act Means for Women 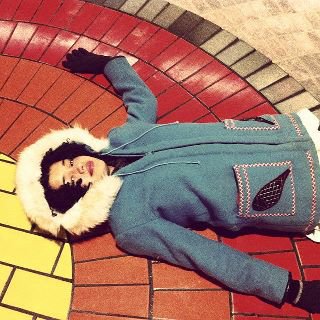 Bio: Malaika likes writing, reading, and drawing cool stuff. She lives in Edmonton, a city in the Canadian prairies where there is too much winter. She is a fan of feminism, making funny faces, Margaret Atwood, lesbian pulp fiction, her bike, and the river. She dislikes the patriarchy and Alberta’s infamous tar sands. Her dogs love her and comfort her with their snoring as she types.

+ This one time she lived in a house with seven people in Oxford, England.

+ She made lots of friends at London’s International Autostraddle meetup and her summer was amazing, except for when it rained and her ceiling leaked.

+ In her spare time, she writes for the Sierra Club and volunteers for Terra Informa, the University of Alberta’s environmental radio show.

+ Four Reasons Why Afros Are the New Alternative Lifestyle Haircut 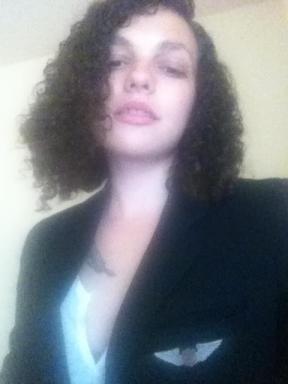 Bio: Fonseca loves You and coquitos in equal doses, prefably together in some obscure brunch setting. She also loves intersectionality, and her cute Southern ass will be intersectional or it will be buckshot. She hustles for Georgia Association of Latino Elected Officials and a Georgia state representative by day and moonlights as an OKCupid guinea pig. Fonseca is a 2k12 Lambda Literary fellow in nonfiction. Her work has appeared in/at The Q Review, Testimony at the Leslie Lohman Museum NY, and Diverse Voices Quarterly.

+ Every seat choice hinges on one question: Can I effectvely function as a left-handed individual here?

+ I would rather eat lethal puffer fish three times a day than an unsweet food masquerading as a sweet one. See: Sweet pickles, bean salad.

+ I can’t be the only one with an unhealthy obsession with every actress over 48, can I?

+ How The South Made Me A Queer Feminist

+ Horrifying Attack Against Lesbian In Nebraska Is Horrifying, Appalling, Heartbreaking

+ A Love Letter To Savannah’s Past, Present and Future 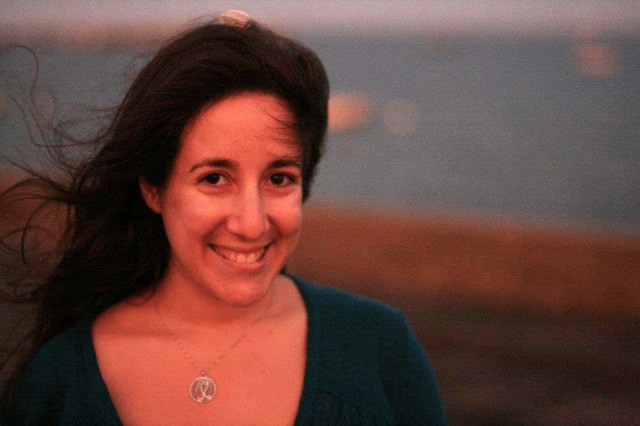 Bio: Vanessa Friedman is a Brooklyn-based queer feminist writer and photographer with a penchant for floral print dresses, and yes, she knows she sounds like a cliché but it’s all true, pinky swear. She graduated from New York University in 2010 and is still deeply in love with the city. She now works full time at a local parenting magazine and has previously worked as a part-time nanny and a sleepover camp counselor; basically, she knows a lot about small humans considering she’s not a parent and does not plan to be one anytime soon. She really likes Buffy, scrapbooking and grilled cheese sandwiches. Nobody, not even the rain, has such small hands.

+ I don’t have any piercings, not even my ears.

+ On Loving My Republican Brother Who Loves Me 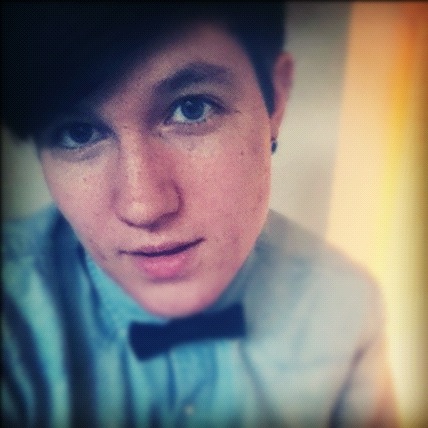 Bio: Kate enjoys wine, long walks in the forest, and wine. She is floating between couches right now and trying to make enough money to buy snacks. Her aesthetic sensibilities have been referred to as “mannish,” “trashy,” and “redneck merman.” She is a graduate of Bryn Mawr College, where she majored in Practical Applications of Lesbianism and Having A Lot of Feelings About Queer Theory. In other words, she has a degree in English. Kate loves things that are widely considered to be cheesy, pulpy, or low-brow. She has every season of The X-Files on DVD. She taught herself how to flirt with girls by watching Han Solo in The Empire Strikes Back. Somehow this has gotten her girls. Her mother is very excited for the day when Kate gets a Real Job and starts making something called Money, which she has been told will allow her to do things like Buy Things and Lease Property. In the meantime, she is saving up for a new box of Cheez-Its, as she has been trying every available flavor of Cheez-Its since graduating from college. Colby Cheez-Its are her favorite so far.

+ If Joan Holloway was a real person, I would not be writing this because I would have already finished the time machine.

+ I am an awkward injury-repeater. I’ve broken the same pinkie finger three times, I’ve sprained my tongue twice (yes, that’s how, thanks for asking) and I’ve broken my nose in the exact same place twice. You can also name an embarrassing or especially awful ailment, and I guarantee that I’ve contracted it.

+ I cannot for the life of me remember what my cologne is called, so when people ask what I’m wearing I say “PUSSY BAIT.”

+ Evil Disney Queens Are Doing It For Themselves 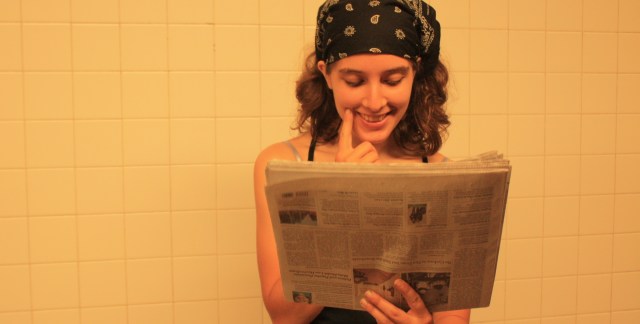 Bio: Aspiring writer/musician/Real Person running around Boston trying to get hit by epiphanies and avoid cars. If I’m not furiously backspacing in a coffee shop, you’ll probably find me tending gardens for the mega-rich (my Clark Kent job), biking around Jamaica Plain looking for alley cats, or someplace with very loud guitars.

+ Cara got into writing because you can use it to talk to cute girls even when you’re both standing near very loud guitars.

+ Cara doesn’t know what “Autostraddle” means, but theories come to her at odd times.

+ Get Baked: The Olympic Edition!

+ NLGJA Announces Awards for Excellence in Gay Journalism, Which Is Itself Excellent