It happened on Sunday: three masked men broke into the home of a 33-year-old lesbian in Lincoln, Nebraska, tied her limbs together with zip ties, carved homophobic slurs into her flesh and tried to set her home on fire. The woman managed to crawl, while bleeding and screaming, to a neighbor’s doorstep, and Lincoln police arrived at the scene at approximately 4 AM. Police confirmed that the woman was injured and treated at a local hospital, that anti-gay graffiti was spray-painted inside the home and a fire was set in the kitchen, but burned itself out after causing about $200 in damage. The police declined to release information about the “crude words” carved into the woman’s body.

You may have heard this already, and if you have, you are likely stunned and horrified, as we are. We’ve spent the time between then and now trying to get some direct quotes from contacts we have including the victim’s girlfriend and a vigil organizer but understandably, they haven’t had a minute yet to talk, and we didn’t want to wait any longer to publish something about it. 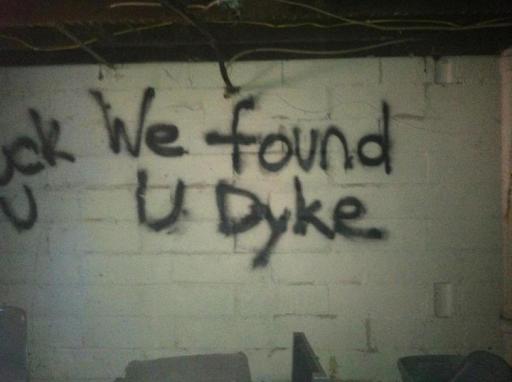 According to Laya Salumbides Martin-Tardy, a local, the area in which the assault took place is relatively welcoming and peaceful:

I actually live mere blocks from where this terrible crime happened. We live very close to the downtown area of Lincoln. I like to think that this area is well-diversified. Lots of artists, writers, musicians, alternative lifestylers, different faiths and heritages live around here. While there are small pockets of what some consider “sketchy,” I’ve never considered this neighborhood to be dangerous. Quite the contrary. I love this neighborhood. I truly felt as if someone had violated not just the survivor, but the community as a whole.

Katie Flood, a spokesperson for the Lincoln Police Department, stated that “multiple detectives” were working on the case and releasing details could “compromise [their] ability to conduct quality suspect interviews at a later date.” At the present moment, LPD has no known suspects. The attack is being classified as a hate crime.

Flood told the press that “according to our policy any offense is classified as a hate crime when it appears biased regarding someone’s sexual orientation.” A neighbor told ABC’s KLKN affiliate, “When someone takes the time to handcuff someone with a zip tie and carve derogatory comments or words into somebody else’s body, that’s sheer hate and at this point, this is a hate crime.” 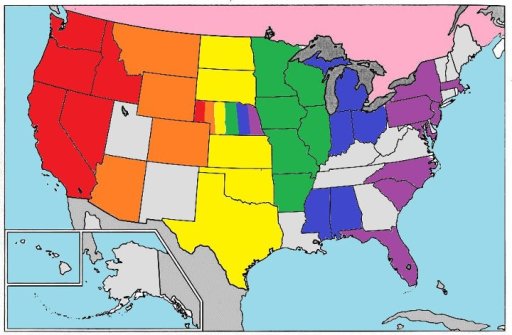 via Vigil Against Violence

Tyler Richard, President of Lincoln’s LGBT support organization Outinc, reassured members of the facebook group that he has “been in regular contact with not only the Mayor’s office and LPD, but national organizations that have a history of working with these situations.” Furthermore:

“As said in Outlinc’s media statement, our police department has a strong history of supporting the LGBT community. We were one of the first police departments in the midwest to have an LGBT liaison. Additionally, our Public Safety Director and former Police Chief Tom Casady spoke about his experience in investigating these incidents when he testified in support of the fairness ordinance this spring.

These investigations are very complicated and it often takes a significant amount of time for law enforcement to reveal information. I hope that everyone will recognize the history of support from LPD and allow them to conduct a thorough investigation.”

The community response has been immense. Mere hours after the attack, Martin-Tardy organized a 500+ person candlelight Vigil Against Violence outside of the Lincoln Capitol.

It all started at about noon on July 22. My friend [redacted] called to tell me that someone in the LGBTQIA community here in Lincoln had been assaulted. When she told me the details of what happened, we decided that this was not a matter we could be silent on. We decided to hold the candlelight vigil that very night. That’s when I created a Facebook event page to spread the word as quickly as possible. 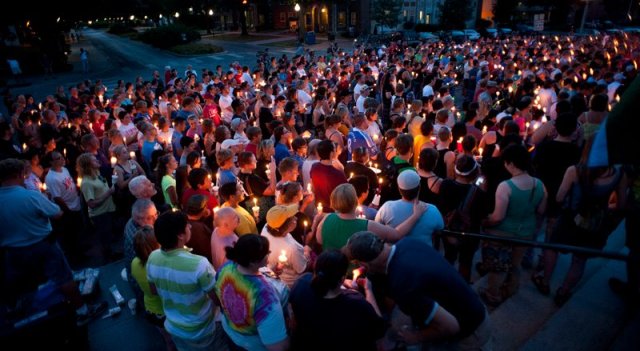 Since the vigil and subsequent coverage, the Vigil Against Violence Facebook group has a membership of over 1,600 and vigils are being held all over the country.

Nebraska’s current hate crime laws state that citizens have the right to “live free from violence, or intimidation by the threat of violence, committed against his or her person.” The legislation also “imposes additional penalties” for crimes committed because of a person’s sexual orientation. Given the high profile rape/murder of Brandon Teena in Humboldt County, it’s a relief to know that the state has made some legislative progress.

Yet Lincoln’s queer community has been under strain by ongoing attempts and failures to pass a “Fairness Amendment” which would ban housing and employment discrimination based upon sexual orientation and gender identity. Initially approved by Lincoln’s City Council, an oppositional petition postponed the initiative from going into effect. An official public vote on the Fairness Amendment has yet to be scheduled. Situations like these reveal how quickly the subtle line between intolerance and brutality dissolves.

Tragedies like these reveal precisely how large and strong our community is, and how hard we will fight in Lincoln and elsewhere to end intolerance. According to Martin-Tardy, the attack has really cemented a sense of community among LGBT individuals and their allies:

It’s too bad that something so dreadful had to happen to pull the community together, and I doubt that the people who attacked this woman intended for this kind of reaction. But to see us all put our differences aside and stand together in love and support… it’s been overwhelming. The vibe seems to still be rolling. Through the wonders of social media, people are still sharing messages of love, posting pictu