On June 23rd, Tech. Sargent Erwynn Umali and Will Behrens got married at the McGuire-Dix-Lakehurst chapel, a joint military base in New Jersey. Mere weeks later, Representative Steve King from Iowa snuck a Military Marriage Ban onto a Defense Appropriations Bill. The language in the attached, almost unrelated amendment to a defense funding bill for 2013, attempts to outlaw the use of military funding, property, and chaplains for the use of any same-sex marriage or civil union. In other words, no gay love in the presence of military money. 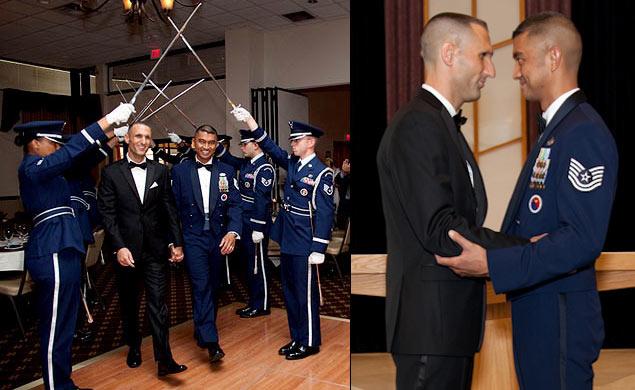 Congress wants to put a damper on this–?! via tvnewslies.org

King’s argument is that using any kind of government funding is an attempt to contravene the Defense of Marriage Act, or DOMA. The Secretary of Defense’s former directive to allow military chaplains to officiate any private ceremony whether it be on military property or off, was, in King’s words, “implied encouragement to conduct same-sex marriages on our military bases.” And guess what? Congress passed H.R. 5856, that Defense Appropriations Bill, with this harmful, bigoted amendment still attached. 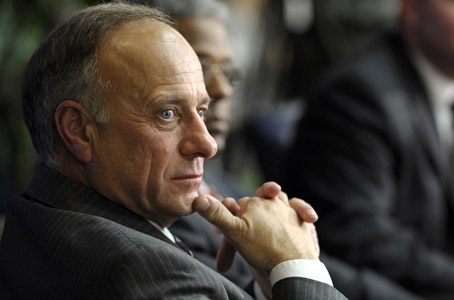 Who would have thought that the scarier Steve King isn’t the one who writes horror novels? via washingtonpost.com

Let’s unpack all the terrible, time-wasting, inaccurate things in this story, shall we?

It’s worth noting that Representative King has previously stated that he believes in a Don’t Ask Don’t Tell policy about sexual orientation in the workplace and that he doesn’t understand why the LGBT community needs laws protecting against their discrimination in employment, therefore making him truly terrifying. He’s also a National Organization for Marriage associate, therefore making him truly dangerous.

It’s also worth noting that such a law, which attempts to curtail the religious freedom of military chaplains to perform whatever ceremonies they may like, actually goes against the idea of religious freedom, an argument frequently invoked by the Republican party.

The language in the ammendment is specific to military funding being used for the purposes of same-sex marriages, something which isn’t actually happening. Executive Director of the Servicemembers Legal Defense Network Aubrey Sarvis puts it very well:

“This language put forth by Congressman King would do nothing new. No funds can ever be spent in contravention of federal law. With this amendment, the Congressman is wasting Congress’ time and energy by restating current law in an attempt to infringe upon the rights of chaplains to practice their own faith and relegate gay and lesbian service members to second-class status by restricting their use of military facilities.”

In other words, not necessary. The only purpose for this amendment is limiting the religious freedom of others. Also, according to Sarvis, Representative King is attempting to make DOMA cover something it doesn’t actually cover. And the Senate will most likely throw out this amendment when they pass H.R. 5856 anyway, making this a complete and utter waste of time, time they could be using to talk about jobs, jobs, jobs. 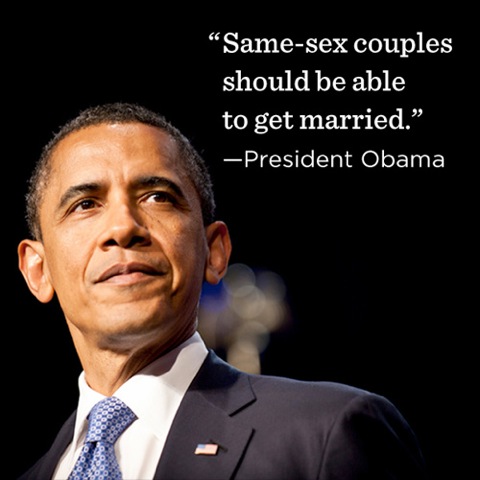 Besides, President Obama said he’d stop defending DOMA last year, so the only people really upholding it are, you guessed it, the people in Congress. And with gay marriage’s recent rise in popularity, one wonders if King has been living under a rock. But we may not have to put up with this antiquated definition of marriage much longer, as we actually do have a pretty good shot at defeating DOMA thanks to Edie Windsor, a widow who was hit with a $363,000 federal estate tax that she wouldn’t have to pay had her late wife been her late husband, but won a lawsuit saying she shouldn’t have to pay it. And let’s all take a second to appreciate that this Republican Congressman is from Iowa. Representative King, maybe your state doesn’t agree with you on this one. Maybe focus on something that actually makes a difference to them. Maybe.