The Department of Justice ruled that Section 3 of DOMA (which prohibits the federal government from recognizing same-sex marriages as legally valid) was unconstitutional, and decided to stop defending it in court, in February of 2011. This week, we’re seeing an important concrete outcome of that decision: Edie Windsor, a lesbian widow whose suit Windsor v. The United States challenges the constitutionality of DOMA, just won her case. (The decision can be read here.) 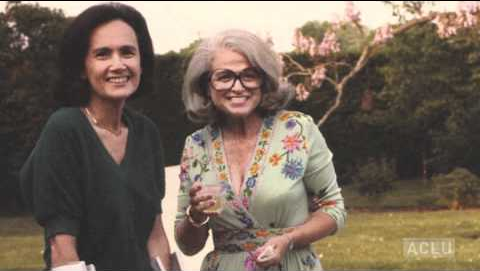 Edie Windsor wasn’t recognized as the legal partner to her wife, Thea Spyer, on a federal level, despite the fact that the two had been legally married in Canada. And so when Spyer passed away, the federal government didn’t recognize Windsor as the rightful inheritor of Spyer’s estate. Windsor was taxed $363,000 on her inheritance, a tax which wouldn’t have applied to a married couple in the eyes of the federal government.  Windsor and Spyer had been together for 44 years.

It was cases exactly like Windsor’s that the Department of Justice has decided to stop defending, and that Republican Speaker of the House John Boehner has taken it upon himself to continue defending anyways. The US’s defense case was made by Paul Clement, who was paid with 1.5 million dollars of taxpayer money. Clement used arguments that wouldn’t be unfamiliar to anyone who followed the Prop 8 trial closely, calling into question the validity of same-sex relationships and gay identities as a whole.

Windsor’s victory makes this the fifth federal court to declare DOMA unconstitutional. Unfortunately, there isn’t a five-strike system via which this can have some impact on DOMA as a whole (although Windsor was awarded her $363,000 back, with interest). Because of the ruling made by a federal appeals court in Massachusetts, which also declared Section 3 of DOMA unconstitutional, DOMA is likely already headed to the Supreme Court. But it’s at the very least gratifying to know that the time and taxpayer money that the House of Representatives is funneling into actively undermine another branch of government (because the Republican party has reached a phase of the moon in which making sure the government can continue interfering with the lives of private citizens is more important than saving the taxpayers $1.5 million) isn’t paying off. Edie Windsor has won back the money she deserves, and while she unfortunately can’t win back the years of indignity and second-class-citizenship that she and Thea had to live with, she may have helped win greater equality for the rest of us and our families.