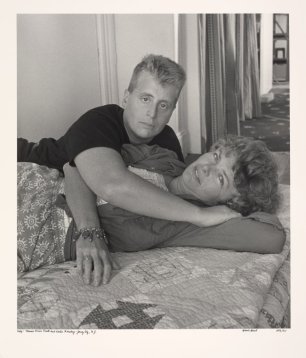 Robert Giard started photographing gay and lesbian writers throughout the United States in 1985 and, by the mid-90s, had amassed over 500 author portraits, capturing some of the era’s most voices, such as Alan Ginsberg and Dorothy Allison.  Giard wanted to document the existence and triumph of these marginalized people who worked so tirelessly within a society largely ignorant to or resentful of their influence.

Before approaching an author, Giard would immerse himself in his or her work. Then, after “a period of personal exchange and contact,” he’d arrange to travel to wherever the author wanted their picture taken (most charged their homes). 182 of the portraits appear in Particular Voices: Portraits of Gay and Lesbian Writers.

Needless to say, I was excited to discover that 203 of the portraits are actually archived online at the New York Public Library’s Digital Gallery, and to kick off “The Way We Were”/Herstory Month, here are some of our favorite ladies from the photos Giard took in the late 80s. 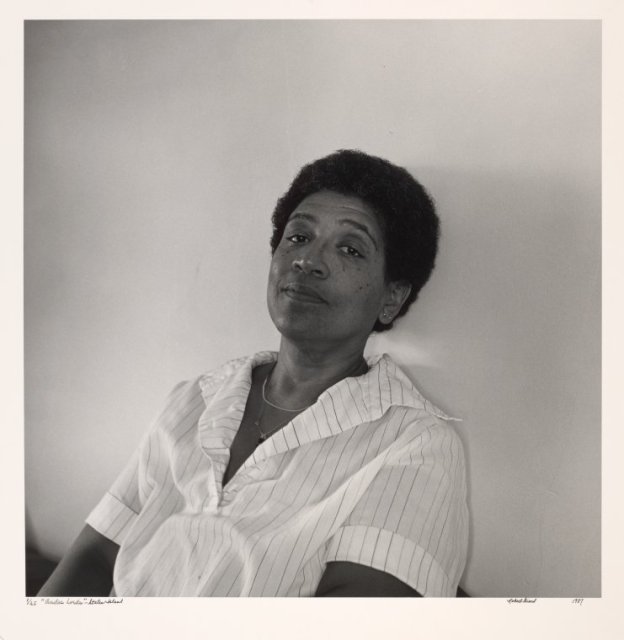 For example: Sister Outsider: Essays and Speeches and Zami: A New Spelling of My Name – A Biomythography

“I write for those women who do not speak, for those who do not have a voice because they were so terrified, because we are taught to respect fear more than ourselves. We’ve been taught that silence would save us, but it won’t.” 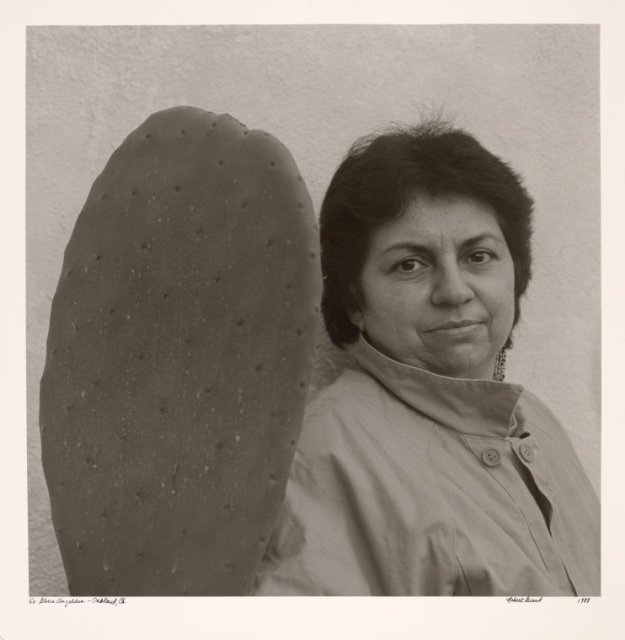 For Example: Borderlands/La Frontera, Third Edition: The New Mestiza, This Bridge Called My Back: Writings by Radical Women of Color (editor)

“Why am I compelled to write? Because the writing saves me from this complacency I fear. Because I have no choice. Because I must keep the spirit of my revolt and myself alive. Because the world I create in the writing compensates for what the real world does not give me. By writing I put order in the world, give it a handle so I can grasp it.” 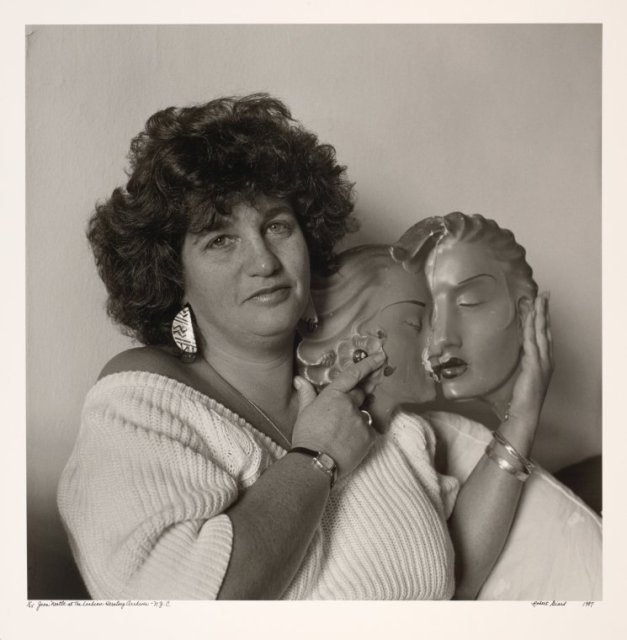 For example: A Restricted Country, “Butch-Fem Relationships: Sexual Courage in the 1950s,” The Persistent Desire: A Femme-Butch Reader

“To Live without history is to live like an infant, constantly amazed and challenged by a strange and unnamed world. There is a deep wonder in this kind of existence, a vitality of curiousity and a sense of adventure that we do well to keep alive all of our lives. But a people who are struggling against a world that has decreed them obscene need a stronger bedrock beneath their feet.” 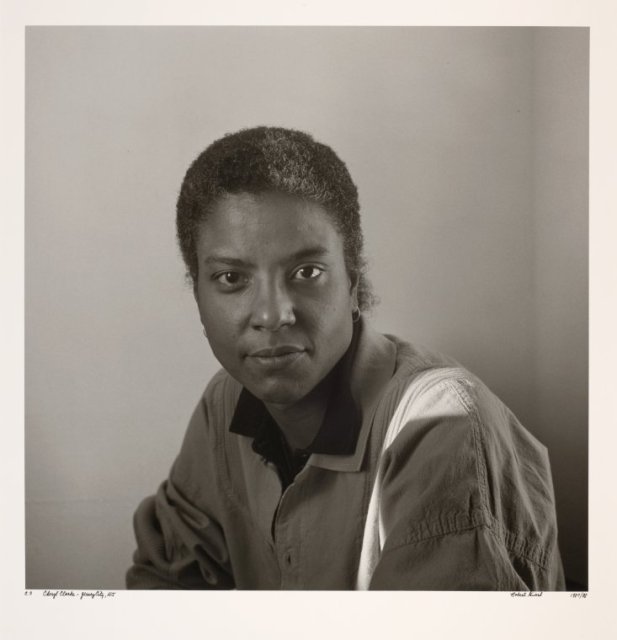 For example: Narratives: Poems in the Tradition of Black Women, The Days of Good Looks: The Prose and Poetry of Cheryl Clarke, 1980 to 2005

“I count the support and encouragement of women as my primary motivation for writing.” 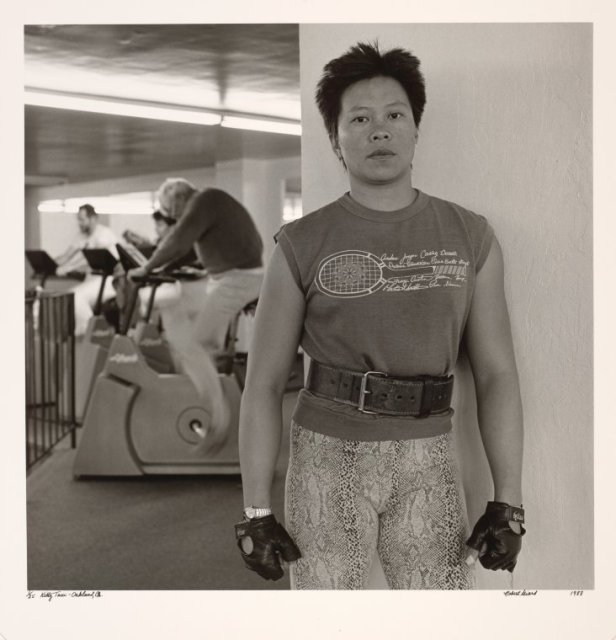 Poet, Short-Story Writer, Journalist, Activist, Bodybuilder, one of the founders of the Unbound Feet Collective

For example: The Words of a Woman Who Breathes Fire, Breathless: Erotica

“i want to tell them: my back is healing.
i dream of dragons and water.
my home is in her arms,
our bedroom ceiling the wide open sky.”
-from “A Chinese Banquet” (1983) 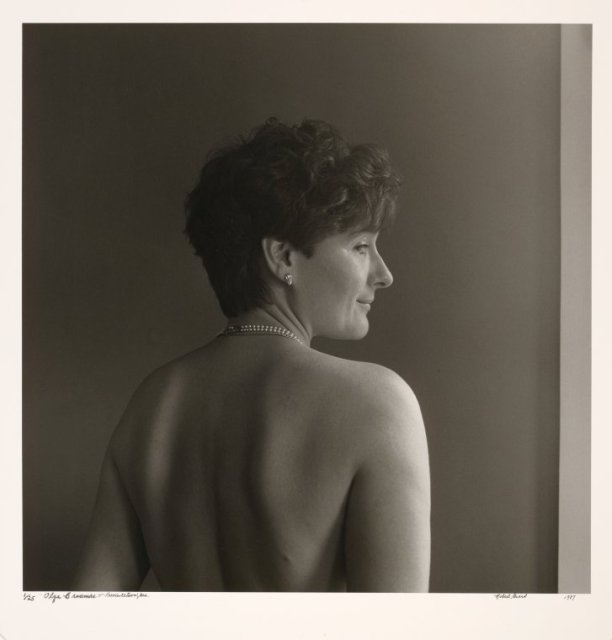 I kept to the road, kept
the hood secret, kept what it sheathed more
secret still. I opened
it only at night, and with other women
who might be walking the same road to their own
grandma’s house, each with her basket of gifts
– from “Little Red Riding Hood” 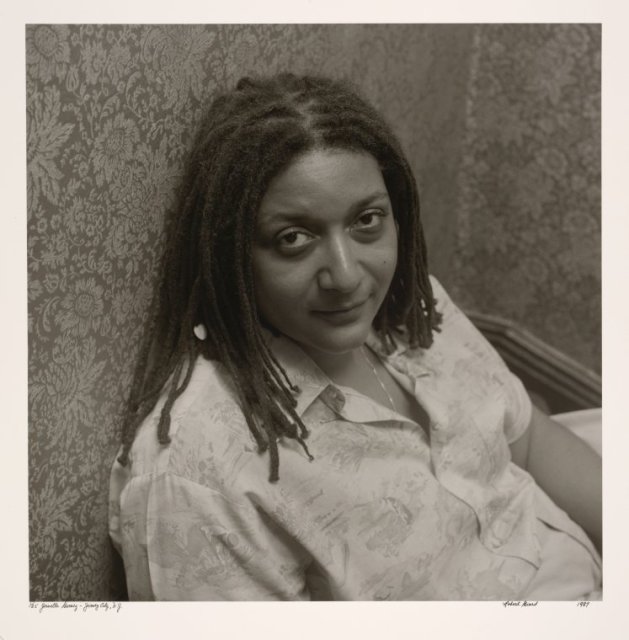 For example: The Gilda Stories: A Novel, Forty-Three Septembers: Essays

“When I arrived in New York City in 1971 after graduating from college in Boston I knew only two things for sure:  I wanted to be a writer and I was a lesbian.  I was at a complete loss as to what to do about either of my identities.” 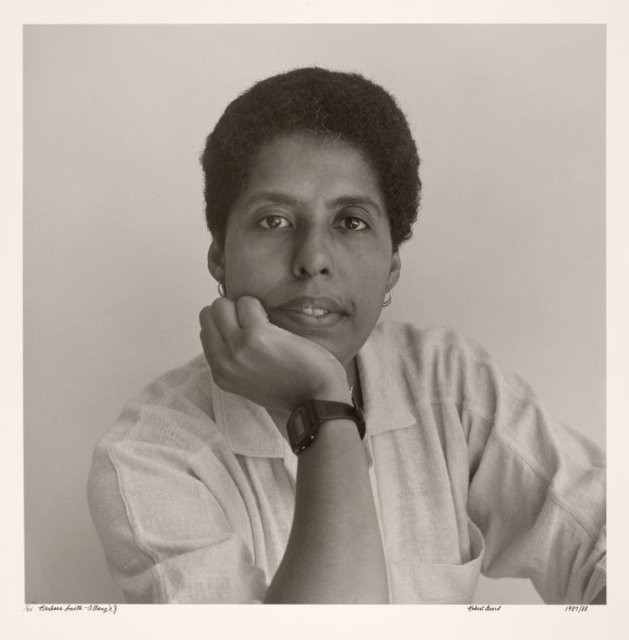 “Almost all of my writing has been about empowerment and about trying to say to people of color, to women, to lesbians and gay men that you really are worth something, you are important, you have a history to be proud of. There is no reason to be ashamed.” 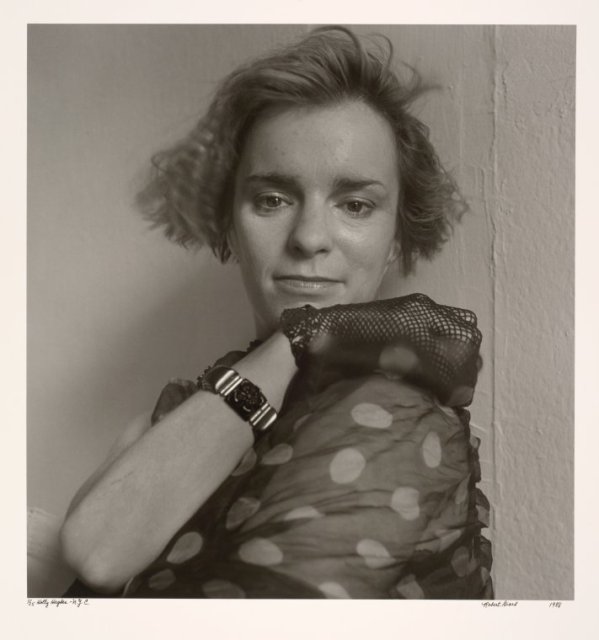 “I spent my entire childhood in a coma. Then I turned twenty and I kissed a woman. Sort of by accident. But she kissed me back. With a purpose. An inention I couldn’t guess. Something started happening to me. Something that the expression ‘coming out’ doesn’t quite cover. In my case, it was more a question of coming to.”

For Example: The Lesbian in Literature

“Marriage creates visibility. When we are banned from marrying, we are kept from doing publicly the ordinary and rational things people do anyway — marry, settle down, get jobs, and live like everyone else.” 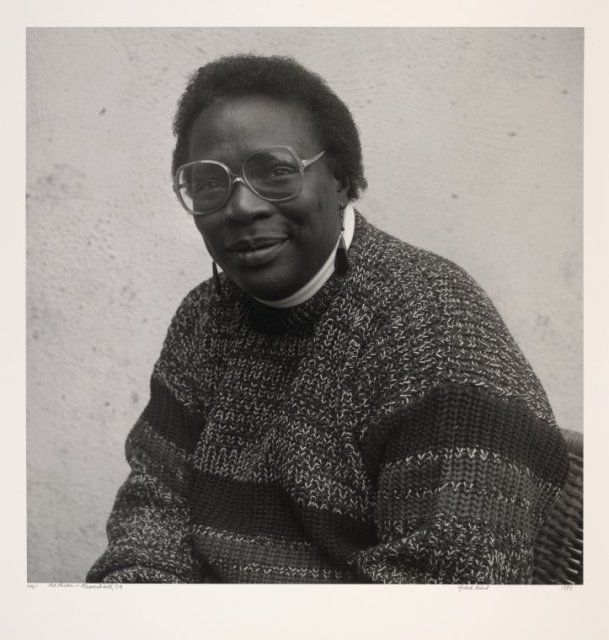 For example: Child of Myself, Movement in Black

“I’m waiting for the revolution that will let me take all my parts with me.” 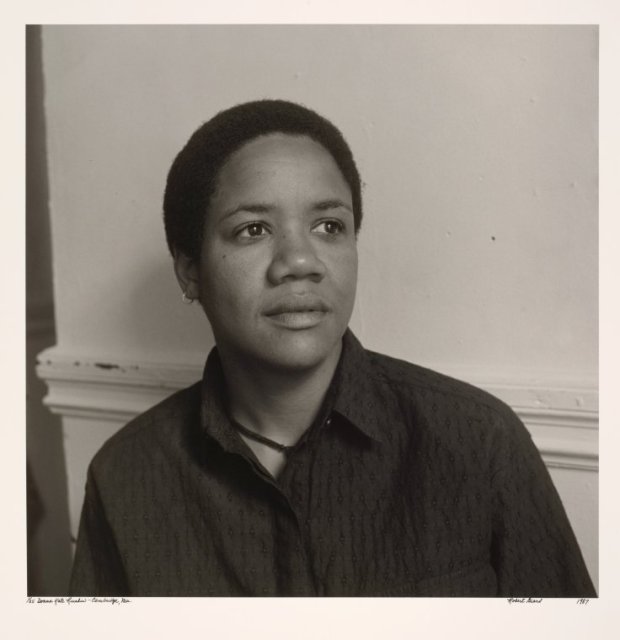 For Example: The Black Back-Ups: Poetry by Kate Rushin, The Bridge Poem 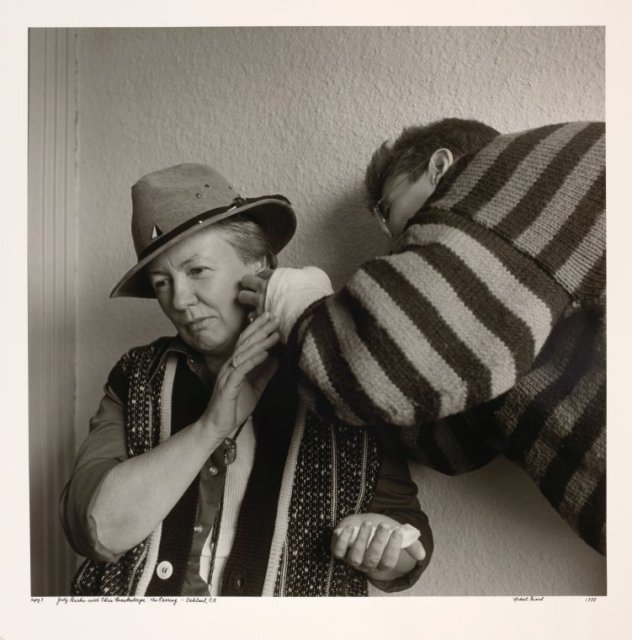 For Example: The Common Woman, Edward the Dyke And Other Poems, Another Mother Tongue

I’m not a girl
+++I’m a hatchet
I’m not a hole
+++I’m a whole mountain
I’m not a fool
+++I’m a survivor
I’m not a pearl
+++I’m the Atlantic Ocean
I’m not a good lay
+++I’m a straight razor
look at me as if you had never seen a woman before
I have red, red hands and much bitterness 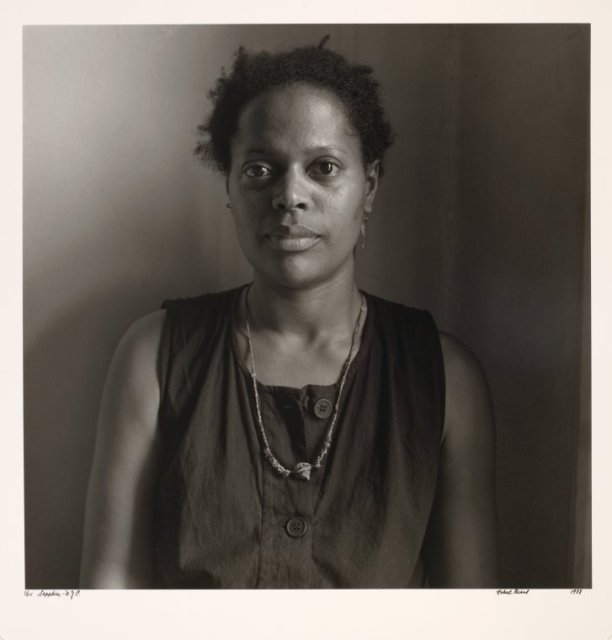 “The culture wants us obsessed and addicted; they don’t want us joyous and happy. The tarot card of the sun with the child naked and joyful — well, I feel I deserve that, too! Whether I get it at forty, fifty or whatever — I deserve that kind of joy. I see animals happy; why the fuck can’t I be happy? And by happiness I don’t mean “having everything.” What kind of culture is this that breeds materialism, misery and depression? How come I can’t be happy? I think that’s part of healing: not just saying “I survived, I made it,” but somewhere finding an ecstasy in my heart.” 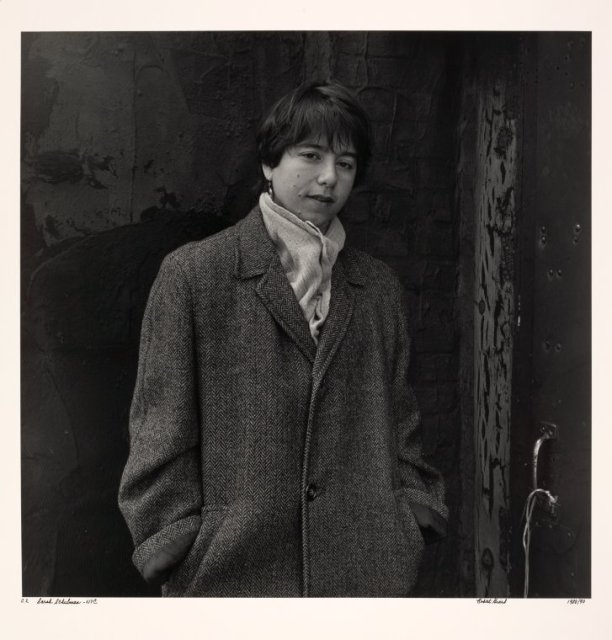 For Example: Empathy, Ties That Bind: Familial Homophobia and Its Consequences

“I am afraid too. I am frightened all the time, but I do not let the fears determine my behavior. How I act and whether or not I am afraid are two separate things in my process. I think questions such as, is this doable, reasonable, and morally sound? What are the consequences going to be when I do this? I know I will make some people mad but can I actually achieve something positive? If I think I can be effective, I allow myself to feel afraid. The problem is when people act because they are afraid. These two things need to be separated. It is okay to feel uncomfortable. If you are going to create anything worthy, you are going to feel uncomfortable and other people are going to make you feel uncomfortable, and that has to be accepted as part of life. If you want to feel safe all the time, you will never be able to do anything.”