I’m someone who has always been passionate about politics. My parents love to tell the story about how during the 1996 election (when I was all of six years old) Bob Dole’s victory in my school’s mock election caused me to burst into tears, mistaking it for the real thing. As I got older and learned more about specific issues, I only got more intense, frequently engaging my classmates and neighbors — whomever was in earshot, really — in heated political debates. So obviously, I had a lot of adults telling me that when I grow up, “[I] should become a politician!”

Of course, I never really wanted to do that, fancying myself as more of an activist. It’s one thing to have strong positions on issues; it’s another thing to make the tough compromising and prioritizing that is required for someone who actually holds political office. And I’ve never been enough of a “people person” to successfully campaign for anything. But even beyond my personality traits, it didn’t seem like I had much of a chance in the first place. I fit way too many of the qualities that people find “unelectable.” I’m too far-left. I’m an agnostic. And I’m bisexual.

Luckily, that last one is much less of a disqualifier than it used to be. There are queer people in city governments and state legislatures across the country and in the U.S. House of Representatives, and one of them, Tammy Baldwin, is trying to become our first openly-gay U.S. Senator. According to the Gay and Lesbian Victory Fund, there are already over 100 LGBT candidates running for national, state and local offices across the U.S. And while reading this Jezebel article about some of the awesome liberal young women running for Congress, I learned I may even see someone like me on Capitol Hill soon: Kyrsten Sinema. If elected, she would be the first openly-bisexual person in the U.S. Congress. 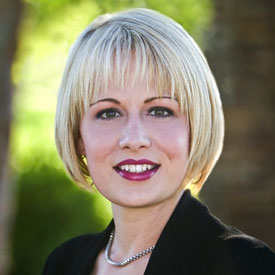 Sinema hails from the state of Arizona, where she is running to represent the newly-created 9th District, based in Tempe. She previously served in the Arizona House (2004-2010) and Arizona Senate (2010-2012), but resigned her position in order to run for the U.S. House. Sinema is also an adjunct professor at Arizona State University’s School of Social Work. In a state that’s become infamous for its racist anti-immigration laws and extreme restrictions on reproductive rights, Sinema has become a strong voice for progressive politics.

Her support for women’s rights has earned her the endorsement of EMILY’s List (an organization dedicated to electing pro-choice Democratic women) and high marks from both NARAL Pro-Choice Arizona and Planned Parenthood (including their 2006 Legislative CHOICE Award). She also has a fairly moderate approach to immigration, which includes support for the DREAM Act and opposition to some of Arizona’s more extreme anti-immigration measures, such as those that would eliminate the Constitutionally-guaranteed birthright citizenship. In her interview in Time magazine’s 40 Under 40, which profiles young up-and-coming politicians, she mentioned the increasing divisiveness in politics as a huge concern:

I’m very concerned about the tone of politics in recent years. We’ve seen a decline in civility and bipartisanship, and a rapid increase in hostility between those who have differing opinions. I think this has led to the alienation of the public in governance, which jeopardizes democratic participation. I also have grave concern over the 24 hour media news cycle and how that’s helped created an expectation of immediacy in public policy — this encourages public officials to make short term decisions that aren’t always good for the long term health of our country.

Yet, her hope for more bipartisanship doesn’t keep her from speaking candidly on some of the Republicans who are not living up to that hope. In a 2011 interview with Phoenix Magazine, she said of Sarah Palin: “I think she’s horrible.” And in a video interview during the 2008 election, when asked what LGBT voters should know about John McCain, Sinema detailed his storied opposition to equality and summed up his record as a “big zero.”

Sinema has been a huge advocate for LGBT rights, making some of her biggest legislative accomplishments in that area. Her “political coming out” came from an attempt to do just that; in 2005, after a Republican colleague made a speech insulting gays and lesbians, she says she told her colleagues “Duh, I’m bisexual” in an “impassioned rebuttal” where she insisted “We’re simply people like everyone else and we deserve respect.” Legislatively, Kyrsten Sinema has been a huge advocate for marriage equality as the chair of Arizona Together, founded to defeat voter challenges to marriage equality in the Grand Canyon State. In 2006, the group led what is so far the only successful defeat of a same-sex-marriage ban at the ballot box. 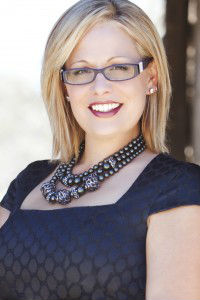 Her work in the legislature included efforts around workplace non-discrimination and adoption and she lead on a bill for domestic partnership benefits for state workers. Later she was instrumental in Gov. Napolitano’s executive order extending equal benefits and the blocking of Gov. Brewer’s attempt to rescind those benefits.

Sinema also has an interesting background that allows her a special position in advocating for LGBT equality: She was raised Mormon, and attended Brigham Young University for her undergraduate education. Though she later rejected her childhood faith, her familiarity with the LDS Church’s political advocacy makes her a force to be reckoned with in Arizona politics, where the Mormon Church has played a strong role in pushing against marriage equality just as it did in California’s Prop 8.

We should hope — and donate to ensure — that LGBT politicians like Sinema make a strong stand in an election year like this one, where there are so many of them running. Electing queer people to political office is essential to protecting queer rights. As reported by the Daily Beast:

“No state has enacted partnership rights for same-sex couples without first electing openly gay legislators,” said [Denis] Dison [of the Gay and Lesbian Victory Fund]. Only 17 states lack openly LGBT legislators, none of them have legalized gay marriage, and only one of them (Delaware) recognizes civil unions.

The question is now: can she win? First, she has to get through the Democratic primary, which will be held on August 28. Current polling has her just barely leading David Schapira, the Democratic leader in the AZ Senate. Some concerns from fellow liberals that she’s “moving to the center” — expressed in this article from the Phoenix New Times — could hurt her primary chances. But Texas just voted a Latina lesbian into office, and there are lots of other LGBT politicians making strong shows in unlikely places. This may just be Sinema’s moment.