Not all Democrats are created equal. Over the course of the debt crisis, we’ve learned that some Democrats are far too eager to compromise with even the most extreme, small-minded Republican tactics. And then there are those Democrats who may as well be Republicans. One of them is Rep. Heath Shuler, of North Carolina’s 11th District.

Heath Shuler is opposed to gay marriage, ENDA and anti-hate-crime legislation, and even has ties to “The Family,” a shadowy, ultra-conservative group associated with the Uganda “kill the gays” bill. He is staunchly anti-abortion, voting to defund Planned Parenthood and against life-saving stem cell research. He’s also specifically opposed to Nancy Pelosi’s party leadership and has tried to challenge her for leadership positions in the House. The only place where Shuler seems to have any agreement with his fellow Dems is concern for the poor, criticizing House Republican attempts to cut food and nutrition assistance for new mothers as “not responsible,” yet with his anti-equality views as extreme as they are, it’s hard to know what to make of such a slim silver lining. 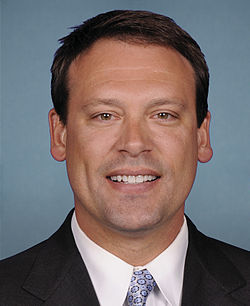 Luckily, this Blue Dog has a challenger in the form of Cecil Bothwell, currently a member of the Asheville city council. Bothwell is a strong supporter of the gay community; in fact, he has spoken at rallies for LGBT causes. He is also a strong supporter of women’s rights, even volunteering to escort patients past protesters at Femcare, an abortion clinic in Asheville. But what is perhaps most interesting about Bothwell is his religion. While Shuler is a self-identified “evangelical Christian,” Bothwell is that rarest of species in modern American politics: an out-and-proud atheist.

Even when Bothwell was only looking at local politics, his religion (or rather, his lack of it) was quite an issue. In 2009, religious opponents of Bothwell filed a lawsuit claiming he could not be sworn in to the Asheville City Council because he did not profess a belief in an “Almighty God,” required by the North Carolina state constitution. Of course, that particular section is unenforceable, because it violates the U.S. Constitution (more on that in a moment). Yet they still managed to raise quite a fuss over it, especially when Bothwell chose to swear a non-religious oath and not use a Bible. Previously, his opponents had tried to discredit him by specifically using Bothwell’s nontheism against him in their campaign mailings. 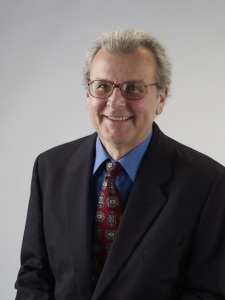 Can’t a guy get a break? Especially in a country that is supposedly founded on religion and politics being separate?

Everybody knows about the First Amendment, even if they can’t all quote it: “Congress shall make no law respecting an establishment of religion, nor prohibiting the free exercise thereof…” But even before James Madison drafted the Bill of Rights, the Constitution already had Article VI, one bit you rarely hear quoted by the Tea Party:

The Senators and Representatives before mentioned, and the Members of the several State Legislatures, and all executive and judicial Officers, both of the United States and of the several States, shall be bound by Oath or Affirmation, to support this Constitution; but no religious Test shall ever be required as a Qualification to any Office or public Trust under the United States.

Article VI obviously invalidates North Carolina’s “Almighty God” requirement; even the Roberts Supreme Court wouldn’t hesitate to declare it unconstitutional were it enforced. Article VI, unlike some other parts of the document, is not even the least bit vague. Yet, while the Constitution can force the law to be blind to religion, it can’t force the voter. Cecil Bothwell can’t be blocked outright from running, but that doesn’t mean it won’t still be an uphill battle. After all, Bothwell is dealing with a lot of the same people expected to shoot down Mitt Romney’s presidential hopes purely due to his Mormonism; how on earth, then, can we expect them to respect an atheist? 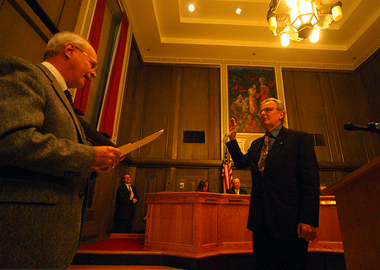 Sarah Jaffe poses this question in her must-read article “Can a Progressive Atheist Defeat the Democrats’ ‘Family Man’ in NC?” In it, she notes how terrible many of Shuler’s policies have been, and explains what a superior choice Bothwell would be. Yet, his battle has recently become even tougher, now that Republicans in the NC government have successfully gerrymandered the map so that liberal Asheville no longer lies within the 11th District — making it difficult even for Shuler to keep his seat. It’s difficult to imagine Bothwell winning the election, even if he can manage to push ahead of Shuler in the Democratic primary.

Yet, with a “friend” like Shuler (who also recently opposed the plan to raise the debt ceiling), who needs enemies? Would a Republican really be that much worse? Bothwell and Jaffe alike seem to think that Shuler’s particular brand of right-wing Christianity does not belong even in North Carolina. At least if Bothwell can win the primary, liberals can show they are done making nice with misogynistic homophobes like Shuler simply to earn more Democratic seats — especially when those seats don’t really help the Democrats’ voting power. And by choosing an “unelectable” atheist, NC voters would be taking another small step toward full equality in America.