The GLAAD Network Responsibility Index says this about itself:

“The GLAAD Network Responsibility Index (NRI) is an evaluation of the quantity and quality of images of lesbian, gay, bisexual and transgender (LGBT) people on television. It is intended to serve as a road map toward increasing fair, accurate and inclusive LGBT media representation.”

The report looks at broadcast networks and cable networks, and the things that people usually say about it include:

And so far, all of these statements — except the last one — are still true.

According to GLAAD-commissioned Pulse of Equality Survey, which looks at public perception and gay people, 19% of respondents reported more positive feelings towards gays over the previous five years, and 34% of those said it was partly because of seeing lesbian or gay characters on television. Basically: television, unsurprisingly, has the power to change minds. And things like The Real L Word are on it. Think about that for a minute.

Last year, the majority of LGBT representation happened in network programming aimed towards younger viewers, which is not surprising, considering that support for gay marriage is significantly higher among younger people. But while last year MTV became the first network ever to score an “excellent” rating for having over 42% of its original programming count as LGBT-inclusive, this year it didn’t even make the list: the GLAAD report cites a combination of significantly fewer LGBT-inclusive hours and problematic episodes of Jersey Shore and True Life, though it still applauds MTV for anti-bullying initiatives and queer characters on Skins, If You Really Knew Me, and The Real World. Instead, ABC Family topped the cable networks category, with 55% and the report’s second “excellent” ever. The ABC Family lineup includes Pretty Little Liars, The Secret Life of the American Teenager, Greek, and Make It or Break It. 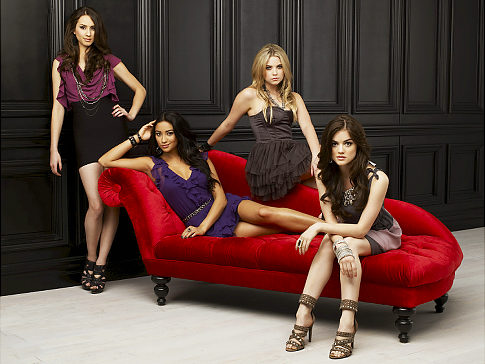 The broadcast networks’ ratings fall in the same order as in 2009-10, with The CW in the lead with 33% of LGBT-inclusive hours of original programming, followed by Fox, ABC, NBC, and CBS, with 10%. In the cable networks, ABC Family has a significant lead with 55%, followed by Showtime, TNT, HBO, AMC, Syfy, FX, USA, and A&E and TBS, which both had a shameful 5%.

Except in super problematic situations such as on Jersey Shore, the quality of the representation does not seem to have been a factor. The report looked at whether or not an LGBT depiction happened; whether it was major or minor; whether any significant discussion of LGBT issues happened; “quality” is listed under the grading considerations, but how it was determined isn’t specified. For instance, Showtime was reported as having 37% of LGBT-inclusive hours, which the report attributes to The Real L Word and Shameless. Can we talk for a minute about just what percentage of The Real L Word is aimed towards an accurate portrayal of lesbians instead of towards an accurate portrayal of what an audience of straight men might like to watch? As a lady-loving-lady, I certainly want to see young, presumably intelligent queer women reduced to a pile of power-of-the-clam-loaded drama, on-screen sex, and trying to make silicone copies of some dude’s penis because the producers won’t acknowledge that maybe lesbians can make babies without phallic objects provided by their straight dude friends. I don’t want quality instead of quality. I want both.

But there’s an even bigger problem: the huge lack of trans* representations and racial and ethnic diversity. Even in the most inclusive networks, the rates for these types of representation are abysmal. Only 2% of the 310.5 LGBT-inclusive hours across ten cable networks included trans* representation, consisting of Carmen on It’s Always Sunny in Philadelphia and an episode of Terriers that dealt with the murder of a trans sex worker. There wasn’t a single regular or recurring trans* character anywhere on American TV (Degrassi‘s Adam is on a show imported from Canada). To say this isn’t great would be a massive understatement. According to the report,

“Despite the obvious dearth in representations of lesbians and bisexuals, the most glaringly underrepresented LGBT population on network TV (and TV in general) are transgender people, who were included in 1% of the LGBT-inclusive hours tracked this year, which works out to just 0.002% of the total hours of broadcast primetime programming. While there were several primetime broadcast series that featured transgender storylines in single episodes, each one contained at least some degree of problematic content. This is certainly an area where the broadcast networks should strive to improve.”

Race and ethnicity are problematic points as well. In the broadcast networks, NBC led with only 38% of the LGBT impressions from white characters. ABC, however, had the least racial diversity with 85% of impressions from white characters, and with most of the diversity points coming from Callie on Grey’s Anatomy and Alejo Salazar on The Whole Truth. Fox, CBS, and The CW also featured mostly white representations. 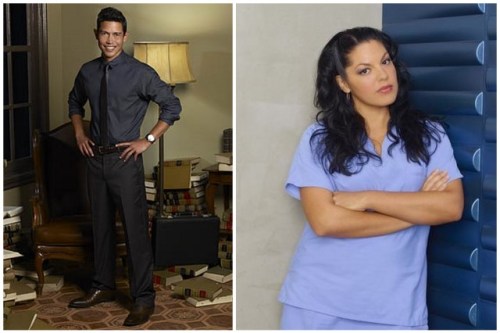 ABC received a “good” on the report and has a significant amount of commitment to lesbian, gay, and bi storylines with Ugly Betty, Brothers & Sisters, Grey’s Anatomy, Desperate Housewives, Modern Family, and Dirty, Sexy Money. Also I think some chick named Ellen once came out on an ABC sitcom or something.

However, while ABC wins at overall LGBT-inclusive programming hours, 85% of its 479 impressions were white characters. Most of the 15% consisted of Dr. Callie Torres on Grey’s Anatomy (who, excitingly, got married) — while The Whole Truth‘s gay Latino attorney Alejo Salazar added a little diversity, the show was cancelled, and none of the other non-white characters had recurring roles. 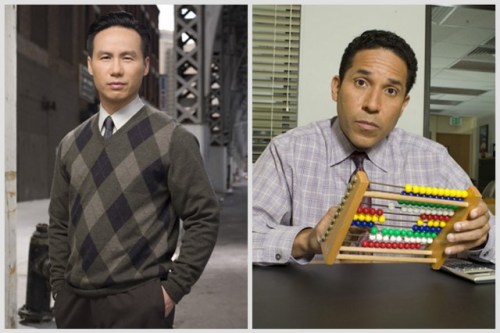 NBC scored an overall “adequate” with only 15% of their hours being LGBT-inclusive. However, it features the greatest racial diversity of its LGBT impressions:

Additionally, even though Dr. Huang became a regular character, he still didn’t appear in every episode, and the actor who play him will not be returning to the show in the upcoming season.

ABC Family got the second “excellent” rating in the GLAAD report’s history this year, and is incredibly racially diverse. It really just deserves cupcakes:

“In addition to posting the highest percentage of LGBT-inclusive hours (55%) since the NRI began, ABC Family was also the most racially diverse this year, with 35% white impressions, 25% black, 13% Latino/a, and 28% multiracial. No API LGBT impressions were counted on the network, due to the fact that GLAAD counts Pretty Little Liars’ Emily Fields as multiracial. However, she is also of Asian-Pacific Islander ancestry.” 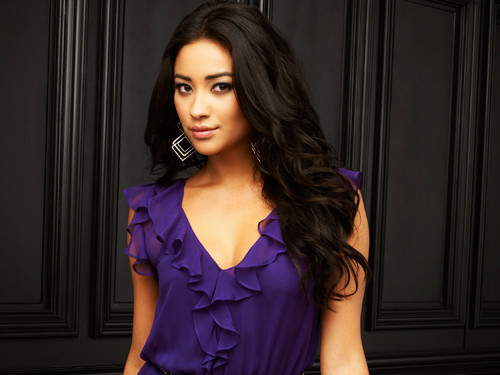 Compare that to AMC, which didn’t have a single racially or ethnically diverse character, and it’s even more of a step in the right direction. Hopefully AMC, not to mention FX (98% white), A&E (93% white) and TBS (83% white), will catch up.

Finally, what would a report on diversity and inclusion be without the Southern Baptist Convention slamming both of those things? Not good enough, that’s what. The SBC is predictably irate over the continued positive growth of LGBT representation, and has suggested that gay lobbyists are bribing the entertainment industry to “use their media to recast the homosexual lifestyle as normative.” The SCB representative also lamented the lack of evangelical Christians on TV, which is the only lack of representation worth celebrating.