1. Call For Submissions, by The Editors
2. Portraits of Lesbian Writers, 1987-1989, by Riese
3. The Way We Were Spotlight: Vita Sackville-West, by Sawyer

Raise your hand if you’ve heard of Virginia Woolf. That ought to be about 99% of you feministas. Now keep your hand raised if you’ve heard of Orlando, the novel she wrote about her lesbian lover. Is your hand still up? If it is, can you name Virginia’s muse for that book? (Pro tip: yes, because she’s the title of this post).

Vita Sackville-West not only inspired a great piece of 20th century literature, but was also pretty awesome herself: she was an acclaimed poet, author, journalist and gardener; had an open marriage, countless lesbian lovers, and sometimes cross-dressed. Aren’t you glad you’ve heard of her now? 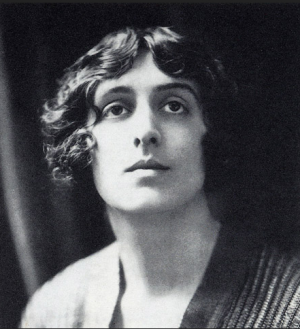 But let’s backtrack. Vita (christened Victoria Mary Sackville-West) was born into aristocracy in 1892, and didn’t meet Virginia until the 1920s as part of the London-based literary collective known as the Bloomsbury Group.

Her first foray into lesbianism happened while at school, with a friend, Rosamund Grosvenor. Their affair continued even after Vita became engaged in 1912 to her future husband, Harold Nicolson: “It did not seem wrong to be… engaged to Harold, and at the same time so much in love with Rosamund”. Rosamund was also passionately in love with Vita, and the two exchanged (rather racy) letters . Excerpt: “I want to feel your soft cool face coming out of that mass of pussy fur like I did last night.”

In 1913, Vita married Harold and her affair with Rosamund ended. There were indications she was growing tired of her dear Roddie by then, though, saying she had “no personality.” A clear case a lesbian bed death, amirite? (Note: I am probably not right.) 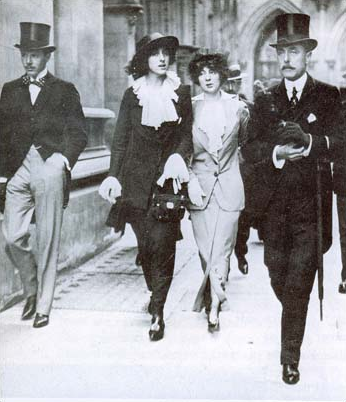 Vita wasn’t just known for her compelling personal life, she also earned a reputation as a writer. She published her first verse drama, Chatterton, in 1909 at just 17; while her first novel was not published until 1919, she had allegedly completed eight novels and five plays before she turned 18.

Vita was not one for monogamy, and she had multiple lovers at once. Violet Keppel (later Trefusis) was another school friend. Even after the two women were married, they continued to see each other and, from 1918 onwards, sometimes eloped together to France, where Vita dressed as a man and called herself Julian. Vita’s novel, Challenge (published in 1923) was supposedly inspired this affair – the male lead being called Julian. The novel’s portrayal of bisexuality was seen as too overt, and it was banned from being published in the UK. Violet became jealous of Vita’s other affairs (most of which I haven’t mentioned, as they are just THAT NUMEROUS), which eventually led Vita to end their relationship. 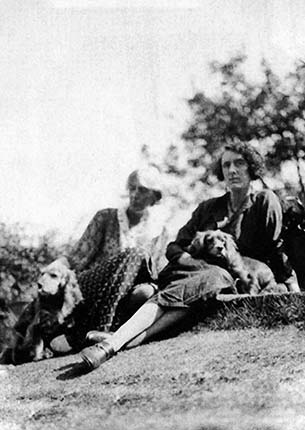 Virginia Woolf and Vita Sackville-West in 1933, taken by Leonard Woolf

And then, of course, there is the aforementioned affair with Virginia Woolf, Patron Saint of Women, Defender of Feminism, etc. etc. The relationship between Virginia and Vita has become the stuff of pop culture; for instance, poet laureate (and badass lesbian) Carol Ann Duffy references it in her poem The Kray Sisters. Interestingly, the very moment the novel Orlando was conceived is recorded by Virginia as being October 5th, 1927:

“And instantly the usual exciting devices enter my mind: a biography beginning in the year 1500 and continuing to the present day, called Orlando: Vita; only with a change about from one sex to the other.”

Vita’s son, Nigel Nicolson, calls it “the longest and most charming love-letter in literature,” which is a claim that runs testament to just how deeply their love ran.

The reason Vita stands as such an icon to me is the sheer scope of her achievements. Besides her intriguing persona life, Vita was a prolific writer. She won the Hawthorden Prize for literature twice – once in 1927 for her long narrative poem The Land (which was dedicated to another of her lovers, the poet Dorothy Wellesley) and again in 1933 with her Collected Poems, making her the only person to have won the award twice. Her home in later life, Sissinghurst Castle, has the most visited formal gardens in the UK. In 1946, Vita became a founding member of the National Trust and also started a column for The Independent newspaper about gardening. 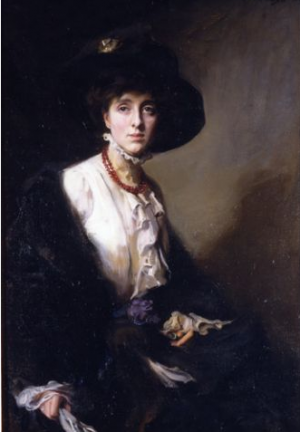 By the time she died in 1962 – despite living through a time of social conservatism – Vita had succeeded in living a life involving more lesbian lovers and literary accomplishment than most can only dream of, and was more than just Virginia Woolf’s lover. Her life seems best summed up by Nigel Nicolson in his book A Portrait Of Marriage, about his parents’ open marriage:

“She fought for the right to love, men and women, rejecting the conventions that marriage demands exclusive love, and that women should love only men, and men only women. For this she was prepared to give up everything.”