The UK media is full of people talking about rape threats and trolling against female journalists and government ministers – and for once, it’s throwing its weight behind the women affected. After a public outcry, Twitter has agreed to include a button for reporting abuse on every tweet, and a conversation has opened up about why women get threatened just for speaking out online. 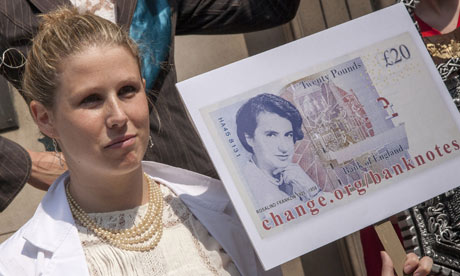 Caroline Criado Perez via The Guardian

Its an amazingly far-reaching result for a campaign that started out tiny. Journalist Caroline Criado Perez started a Change petition protesting the fact that after Elizabeth Fry’s portrait was dropped from the £5 note in favour of Winston Churchill’s cigar chugging chops, not one of the six historical figures depicted on British banknotes would be female (if we don’t count the Queen). People from all across the political spectrum complained that there were better things to worry about, with a massive recession and government cuts, but the campaign gathered speed, and it was announced that Jane Austen would appear on the £10 note in 2017. There’s a lot to celebrate, but it feels like the conversation shouldn’t end here.

The people whose faces appear on banknotes at the moment are all scientists, campaigners, people with ideas that changed society for the better. New arrival Churchill might be a brilliantly quotable wartime leader, but he’s not exactly underexposed – everyone’s heard of him, even if they might not know about his history of racist, colonialist prejudices, tendency to stamp down hard on trade unions, and fondness for making misogynist remarks. Putting his face on banknotes is a straightforward, patriotic move, like the wave of pro-royalty feeling after Prince William and Kate’s new baby. It feels like saying “Look at us, we may be in a recession, but we’re a country that wins wars!”

I think Jane Austen is brilliant, even though its a shame the Bank of England has messed up picking the quote that will appear under her picture. But, like Churchill, everyone’s heard of her – she’s such a straightforward, uncontroversial choice. Our banknotes should be a chance to get people talking about unsung heroes. The only condition for appearing on them is that people need to be dead, notable, and British. Here are some women – queer, feminist, or courageous long before either of those terms was invented – whose names ought to be common currency, and on it too. 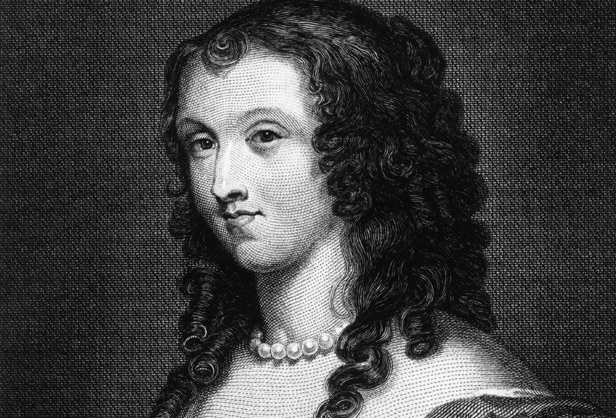 The Rover is a play that crops up to baffle theatre students every so often. Its great – cross dressing! Duels! Beds that vanish, mid seduction! – but its author is far more interesting. Aphra Behn combined being a playwright with working as a spy (codename: Astrea) overseas for the government. Jane Austen put away her work when visitors came, alerted by a creaking door, but 100 years earlier, Aphra Behn courted scandal as one of the first women to earn a living by her pen. She was also comfortable writing about sexual desire, even when it seemed to be directed towards women. Take her poem “To the fair Clarinda: Who made love to me/ Imagin’d more than woman.” The images are complicated, playing with ideas of gender in a way that reflects and mocks her libertine male contemporaries. 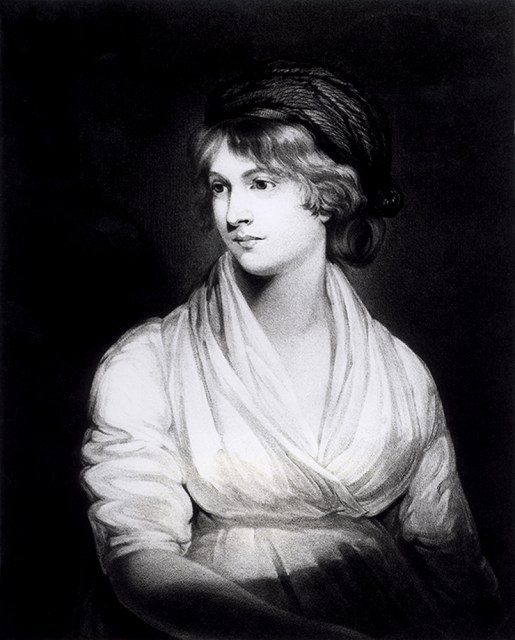 via norton anthology for english lit

She was later overshadowed by her daughter Mary Shelley, who wrote Frankenstein (a great read, but there’s a lot more about the Swiss countryside and a lot less blood ‘n’ gore than you might think), but never by her husband; Mary Wollstonecraft’s proto-feminist principles led her to keep her own name when, after several affairs, she married the radical publisher William Godwin, as well as maintaining her own separate cottage. A Vindication of the Rights of Woman (1792) makes her a foremother of feminist thought, but she was also a war-reporter, translator, single mother, and thinker on social reform. A constant behind her unconventional, scandalous relationships with men was her close relationship with Fanny Blood. She wrote to a friend, “You know not how I love her…I have now given up every expectation and dependence that would interfere with my determination of spending my time with her.” The pair set up a girls’ school together, but when Fanny became ill with tuberculosis, Mary persuaded her to marry a man, so she could escape to the warmer, healthier climate in Portugal. Mary came to join the household, but arrived just as Fanny died in childbirth. 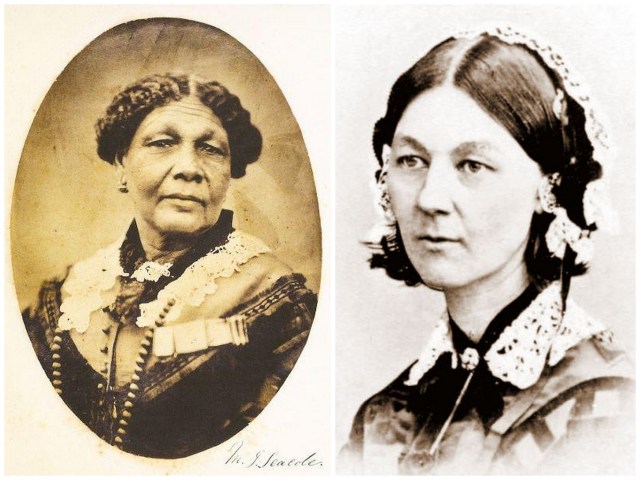 Its a bit surreal putting two Crimean-war era nurses in a bonnetted boxing match for role model status, but apparently that’s how we decide who goes on the educational syllabus in this country. Mary Seacole is Britain’s best-known black historical figure, left out of textbooks in favour of Florence Nightingale; her amazing adventures started being taught to primary school children in recent years, but now reforms look set to remove her from history lessons. Maybe I’m being optimistic, but why should we only celebrate one or the other? Nightingale and Seacole weren’t enemies – Seacole stayed at Nightingale’s for a night, and they were reported to have met often, although we don’t know much more.

Comparing them says so much about the ways that class and race shapes womens’ opportunities. The Crimean War was a freezing, muddy hell hole; not unusual for a war, but it what was unusual was that for the first time, reporters sent extensive dispatches on its horrors to the British Press. Florence Nightingale came in with 38 volunteer nurses and government authorization; Mary Seacole tried to volunteer as a nurse, but was refused. Florence Nightingale had a comprehensive scientific education thanks to her father’s rare, enlightened principles, enabling her to write nursing manuals that were used for hospital reform for years to come, and to use statistical analysis to calculate preventable deaths in the military. Refused employment, Mary Seacole had the resourcefulness to build her own hotel/hospital out of driftwood and packing cases, and was so loved by the men she treated that when she returned to Britain penniless, they got a subscription together for her maintenance.

Putting Churchill on banknotes just seems like another sign that as a nation we’re forgetting about race and colonialism as problems – he was an anachronism, all for keeping the British Empire together, even as public enthusiasm moved on. Annie Besant was different. She opposed British Imperialism long before the Second World War, campaigning for Irish and Indian independence, and emphasizing the dignity of other cultures. In her early life she was heavily involved in trade union issues like the matchgirls’ strike of 1888, campaigning for womens’ rights, and raising money for Indian women to receive medical educations. Later, she moved to India, becoming president of the India National Congress – the next person elected to the role was Gandhi.

Besant’s ideas got more and more esoteric later in her life. She got heavily into theosophy, a religion/philosophy which has some fascinating (and very complicated) ideas on gender, but also some ideas on race that were later implicated in anti-Jewish feeling in Germany. So she’s not a straightforward heroine. No one is. The only straightforward heroes or heroines are saints, and if we all followed the saints’ examples we’d be dead. There are different kinds of miracles, and it’s too much to expect one historical figure to combine the open lesbianism of the Ladies of LLangollen with the feminist sociological energies of Harriet Martineau and the devotion to helping people of Elizabeth Fry.

That doesn’t mean we should give up, though, and just pick someone who springs easily to mind. Its worth trying to find people who look forward, rather than look back. Who might be complicated, but who in among the contradictions have ideas we can uncomplicatedly get behind.

Alice has written 3 articles for us.