It’s been a busy week and we wrote you about a zillion articles, all of which you hopefully read before/during/after brunch and brunch leftovers. It’s been a busy week in gay news. Here’s a rundown of all the things we just couldn’t squeeze in while we made deviled eggs.

Can we start with Brittani Nichols? I just want to start strong, you know? Here’s the latest from her genius mind: “Too Much.”

In similar artistic displays of queerness, NYC will become the temporary home to Testimony, the queer project I have many feelings about and can kind of speak articulately about. Beginning TODAY and lasting only through July 28, Testimony will be exhibited as a series of images at the 10th Annual Fresh Fruit Festival, featuring images by Bklyn Boihood and including visual submissions from around the world. There will also be written work readings and performances, and visitors can add their own Testimony – of course – to the display. The opening reception is tonight from 6-9 PM, and on Wednesday, July 25 comes “The Evening of Testimony,” in which Kate Bornstein and Emanuel Xavier will read and sign books at a reception beginning at 7 PM. It’s all going down at the Leslie + Lohman Museum of Gay and Lesbian Art.

If you just happen to like photography, you’re also gonna wanna gobble up this piece by Maurice Berger for the NYTimes on Civil Rights Photography, Gordon Parks, and the images that shook everything up. 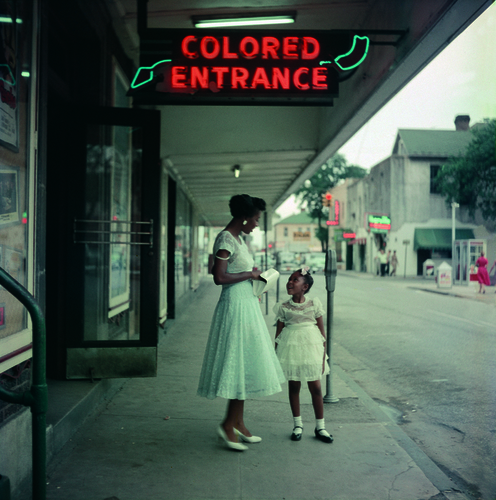 Meanwhile, gender-fluid model Andrej Penjic – who has modeled both women’s and menswear and graced 19 covers doing so – will soon have a reality show in which to display the daily life of “the world’s prettiest boy.” 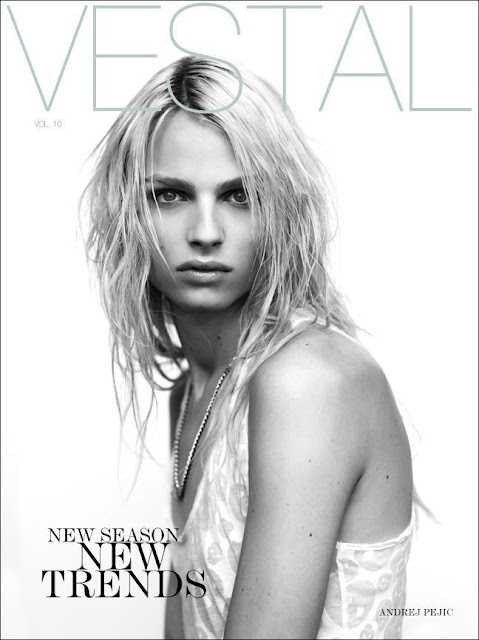 In other news, the only thing gayer than Megan Rapinoe coming out is Megan Rapinoe conducting an interview about her love for the guitar and then strumming it under the artist name “Pinoe.”

Hopefully all of this queer representation on the teevee and in magazines will somehow change how negatively people felt about the lesbo sex scene in Black Swan, which received more complaints than any other film in 2011 to the British Board of Film Classification.

It’s great to see women everywhere – especially in bed! – but especially in media. This is important for our self-esteem and stuff, y’know? This week NPR found out that women are so horrified by the gross underepresentation of ladies in science that they are more likely to quit, specifically because not seeing women in science reminds women in science about the rumor that women don’t do science. Meanwhile, Slate had feelings about someone else’s feelings about the lack of women policy experts in our beloved Washington. Also, it turns out women in Republican offices are suffering more from the wage gap than women in the Democratic ones. Excuse my handful of surprised emotions that will soon be surpassed by a wave of “eh, coulda predicted that.”

Could sexism in the workplace possibly be caused by the lack of women’s studies majors and minors in the world? I think so. But if you live in Louisiana it’s probably not your fault you never took “Gender in Society” because the University of Louisiana’s LGBT Studies minor is under attack on the Lafayette campus – and is predicted to be the first of its kind in the state. It was first offered in the Spring.

Turns out, though, that some stuff is looking up, especially on the gay marriage front. Scotland’s refusal to discuss gay marriage is a little easier to swallow when the Seattle Metropolitan Chamber of Commerce has endorsed the referendum that could make Washington state that seventh in the nation to marry homos legally? Like, can we just think positively for a second?

Did you know, for example, that the military just had its first gay union? Tech. Sgt. Erwynn Umali and Will Behrens were married on June 23 at the McGuire-Dix-Lakehurst chapel – a Wrightstown, N.J joint military base – in a civil union, and survived DADT together. They are obviously adorable. 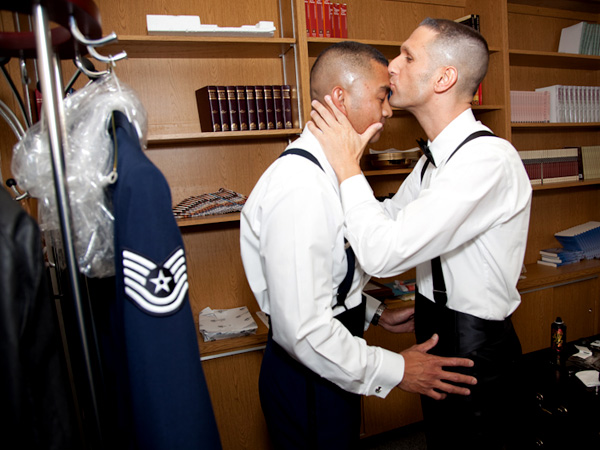 All these happy homos might be the impetus for Sarah Silverman’s impassioned campaign to get Obama re-elected via scissoring, which sounds like a potentially successful strategy to me, to be honest. It might be hard to change minds for her, though, considering conservatives have actually been proven to be happier than all the people voting for the underdog/being oppressed by the patriarchy! 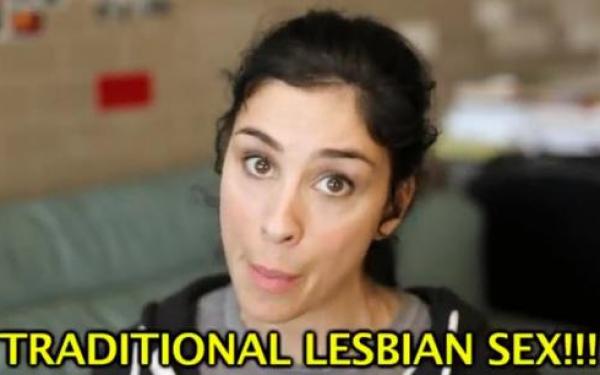 Not that queermos don’t have good reason to be unhappy, since sometimes the world seems to want to get us down. For example, the corrective rape epidemic in South Africa rages on, and Glenda Muzenda pleas for help with a list of the most recent victims by name. Salon muses common-sense about the women who can’t afford to get close to “having it all,” AKA the women we don’t discuss. Ever.

And in Texas, a new sketch of the gunman who gunned down a young lesbian couple in June has been released.

If it makes you happy at all even though you’re not conservative, the FDA has approved the drug Truvada for HIV Prevention. Plus, a cute psychology student from Vietnam is biking around the nation to garner support for gay people! The 22-year-old will be biking for 35 days:

Oanh, who herself confesses that she is not a lesbian, said she had planned this trip with a group of friends last year, aiming to raise awareness of environmental protection. However, Oanh decided that she would focus on gay rights as they pedalled through more than 20 provinces and cities. She has received warm support from the LGBT community after posting updates on the journey on her Facebook page. She explains there that she has had the opportunity to talk to many lesbian, homosexual, bisexual and transsexual people.

“I saw that they are discriminated against, ostracized and even beaten by others. That’s why I hope the community will give them the respect they deserve and treat them as equals.”