I love clothes. Back when I thought I was a boy, though, I didn’t especially care what I wore; adorning my torso with graphic tees was as far as I ventured into the realm of fashion. But now that transitioning has given me a body I actually care about and respect, I’ve begun to take an interest in my outfits. 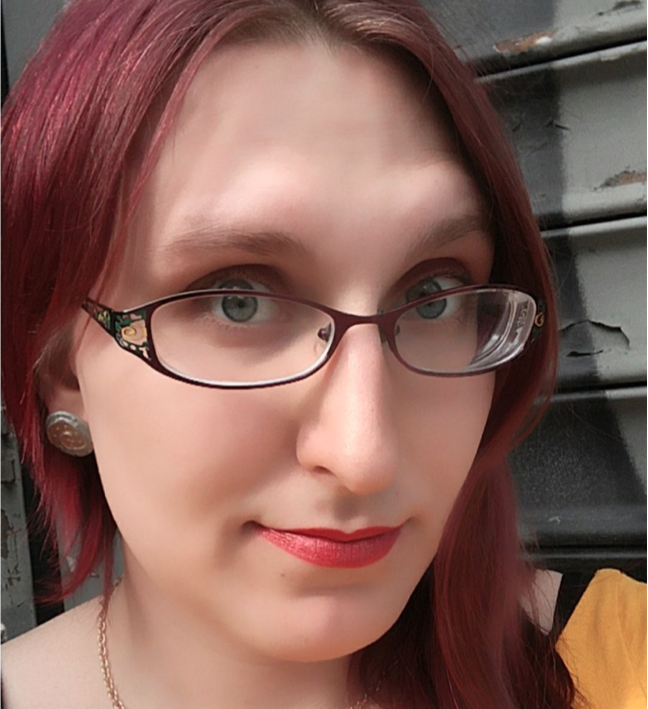 Often, we choose clothing based on how we want others to see us — but it can also say a lot about our actual experiences and the necessities of our lives. For instance, like a lot of trans girls, I couldn’t afford to get a whole new “girl” wardrobe when I began transitioning, so I’ve had to learn to incorporate my old styles into my new identity. There was a time when I felt pressured to look super femme constantly, mainly out of desperation to be recognized as a woman — but as you’ll see in the following style diary, I’ve started examining more closely how clothes make me feel, independent of others’ opinions. 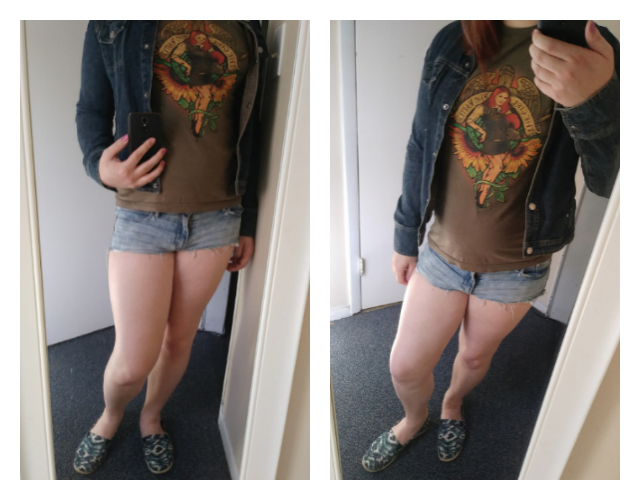 Preparing to head out for a date’s birthday party, I threw on a denim jacket and jean cutoffs — a regular look of mine from high school, though these days I put a femmier spin on it (I used to be self-conscious about having a bulge in the front of these Daisy Dukes, but that was before the hormones, ahem, did their thing). My flats are from Payless because it’s the only store to ever sell women’s size 11 shoes at a price point low-income trans chicks can afford. It’s the tee in this outfit that I like best, though: a shirt my ex-girlfriend gave me before either of us knew I was trans, featuring our favorite Dr. Who companion — Amy Pond, “The Girl Who Waited.” How’s that for wearable poetry? 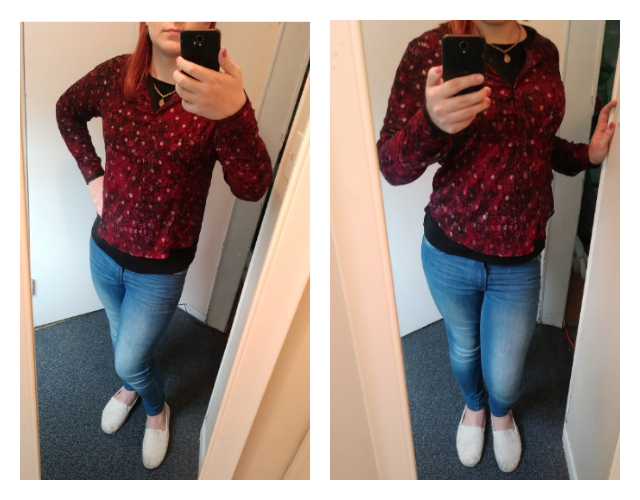 The Monday after birthday shenanigans, I had a doctor’s appointment, and I wanted to get a little classy so the staff would be less likely to misgender me. Nurses are a fun bunch, and many have gone out of their way to compliment my ensembles. I’ve never been sure whether they’re being honest or want to feel like they did a Good Deed, but I try to ignore that catty part of my brain and just take the fucking compliment.

While we trans gals often need to work with what we already have, we can sometimes count on friends and loved ones to kickstart our new closets. I found the black shirt and necklace at Target, but the jeans and maroon top came from my ex (it’s amazing the gems y’all cis girls accumulate), who quickly went through a transition of her own into one of my best friends and closest confidantes. These skinny jeans have helped me let go of some lingering feelings about needing to wear skirts to be authentic, plus they make my thighs look tasty as hell. 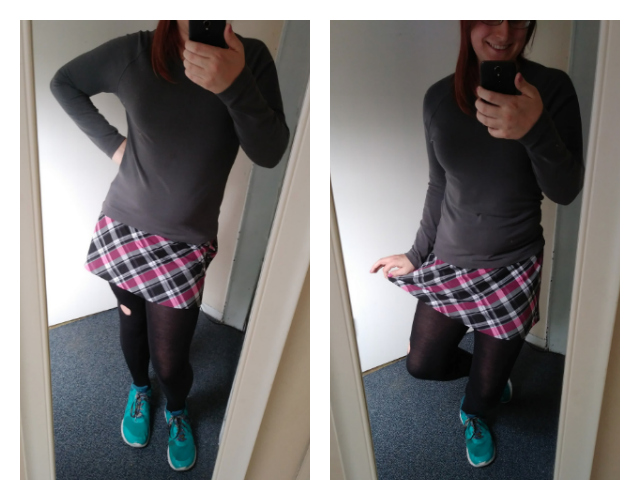 I know, I know, my colors are all over the place here — but honestly, I kind of like to clash sometimes! I used to wear this sweater to my last pre-transition office job, which is wild to think about, and this particular skirt means so much to me. This is what I mean when I say that clothes tell stories: I remember grabbing this off the rack at Goodwill, back when I was still figuring out what my gender was, when I needed something material to hang onto; relishing the thrill of seeing it wrap around my hips, knowing I could be a punk rock princess if I wanted (and, God, did I ever).

Even though I don’t feel the need to so thoroughly perform femininity anymore, the sense of comfort and self-affirmation the skirt gave me lingers. I’ve since discarded a number of the selections I made during those early thrift store runs, but this isn’t one of them, and it never will be. It’s just too important a piece of the story of where I’ve been, and where I’m going next.

Sam Riedel is a New Yorker currently lost in the wilds of Western Massachusetts (because Autostraddle once told her that's where lesbians live). Her work on transgender politics & culture has appeared on such sites as The Establishment, Bitch, and Vice; she is also a book reviewer for Publishers Weekly and a former editor at The Mary Sue. For more, follow her on Twitter.