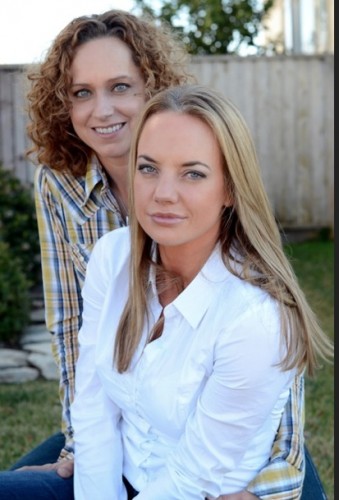 On July 13 at Tommy T’s Comedy Club in Pleasanton, CA, comedian Eddie Griffin left the realm of humor and entered into unadulterated homophobia as he targeted audience member Fiona Walshe first for looking “rigid,” and then for being a lesbian. Griffin said, “I see what’s going on here. You’re a lesbian. All you need is a good man. I’ll volunteer my services to get in between the two of you to show you a good time. You won’t be needing any strap-ons or vibrators with me.”

He proceeded to air hump her face in a “violent sexual manner,” according to a statement released by Walshe’s lawyer. Walshe felt threatened, and reacted accordingly by throwing her drink in his face.

Walshe and her partner Leslie Champlin then attempted to leave the club, but Griffin jumped off of the stage and onto their table. He began throwing things at them, including drinks and salt and pepper shakers; he poured a bottle of water on Walshe’s head and threw that at her as well. Angry crowd members joined in, and the couple fled without receiving any protection from club security.

You can watch the final moments of the incident here:

Walshe felt sexually assaulted by Griffin’s actions. But upon reading that that was why she threw her drink at him, Griffin reacted with rage and more homophobia. According to TMZ, Griffin released the following statement on his Facebook page that has since been removed:

“These TMZ bitches said I assaulted a “WOMAN” at my show in cali. I don’t know what kind of eyes these mutha f**kas got but that dyke bitch threw a glass of whatever she was drinkin’ in my face. All over a joke about dyke bitches!”

“Now TMZ be careful with your choice of words, I didn’t ASSAULT a goddamn thing! if I had a n*gga would be locked the fuck up. As usual, media doing sensationalism instead of journalism. Ya’ll better retract your story before i sue ya’ll bitch asses for defirmation of character!…or…rather what you really do…character assassination!!! You parasitic mutha F**kas!!!..TMZ these nuts bitch!!!”

As it turns out, it wasn’t even TMZ who reported the incident as an assault, and Griffin and TMZ have since made nice.

Ann Flagella, president of Griffin’s production company, is defending Eddie’s role in the incident. She claims that “Eddie was doing his job and making the audience laugh… ALL races, religions, genders and stereotypes are considered equal on stage and are all open for material.” Flagella claims that his use of the word “dyke” was “slang, and not derogatory,” and insists that Griffin is “upset” about being called homophobic.

But Walshe and her lawyer see it differently. Since the incident, Walshe has suffered from extreme anxiety and insomnia, and is seeking medical counseling. Though a lawsuit has not been filed, Walshe and Champlin have asked for an apology and compensation from both Griffin and Tommy T’s Comedy Club. They would like to be able to make amends without litigation. But considering the response they have gotten so far from Griffin and Flagella, an apology does not seem likely.

This incident is the latest in a series of conflicts involving comedians and the people they take advantage of for laughs. The comedy world is one of the final frontiers where bullying is acceptable; where hatred poses as humor and those who take offense are seen as humorless. It feels a lot like middle school.

I personally feel that if a comedian is actually talented, they shouldn’t need to pick on minorities to get cheap laughs out of the audience. There is nothing original, creative or funny about telling a lesbian that she just needs a good man. If Griffin is really a “good man,” he would apologize for humiliating and assaulting someone who paid to see him perform, rather than lashing out at her for defending herself.

I was recently at a comedy show with my girlfriend during which the performer made a joke about “women who look like men.” He summed up his feelings on the matter by saying, “That’s just wrong.” We held our breath and waited anxiously for the audience’s response, and were pleasantly surprised when the room fell into an uncomfortable silence. The performer quickly changed the subject, and didn’t try to make another homophobic joke for the rest of the evening.

This story continues to develop as Walshe and her partner await their simple requests for an apology and compensation to be met. I hope that Walshe continues to stand her ground and demand the respect she deserves, for herself and for all minorities who want to attend a comedy show without fear of discrimination and sexual violence.