Tori Amos has released a Christmas, or as she frames it a “solstice” album, entitled Midwinter Graces, and whilst the majority of people who celebrate Christmas and buy Christmas themed albums probably do so in the middle of winter, I live in Australia and was sitting outside on a park bench under a clear blue sky in sweltering heat when I first listened to this. So I suppose I wasn’t exactly in the perfect mood or mindset for reviewing a winter themed Christmas album. Nevertheless I enjoyed it. 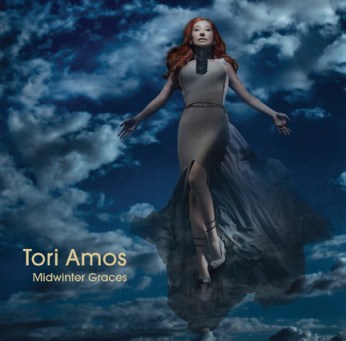 Christmas carols, by nature, are mostly pretty schmaltzy. So it’s probably merciful that we only have to be subjected to them once a year. Even so, I think it would be a bit too harsh to relegate this album to the ranks of those that might be played in a shopping mall adorned with plastic decorations and tacky tinsel, with a fat fake-Santa and a display of little people dressed as elves frolicking through faux snow. I think Amos has done a fairly interesting job of reinterpreting these well-known traditional songs and adding five of her own originals.

There are parts of this album that are genuinely beautifully done and affecting. “Snow Angel,” for example, is one of Amos’ own compositions that is quite haunting and is complimented by a restrained string arrangement. “What Child, Nowell” risks becoming overly hackneyed and corny with its harpsichord and string section, but actually turns out quite interesting, with Amos’ plaintive voice and trademark idiosyncratic pronunciation, and a really nice piano line, which you’d expect of someone named Tori Amos.

At other times, songs succumb too much to the cheese and end up being completely cringeworthy. On “Harps of Gold” I’m not sure whether it’s amusing, horrifying, or both, to hear synthesized church bells and 80s-ish electric guitar accompanying a refrain of “gloria in excelsis deo.” I literally almost jumped/started laughing when the opening burst of big band horns started on “Pink and Glitter”. A young Tori Amos started out with a tip jar on her piano, taking requests and playing show tunes in gay bars, and “Pink and Glitter” feels like a return to that vibe — take that for what you will. The title is probably kind of a clue that this song is not exactly the epitome of subtlety and restraint, and the cheese-factor on this song is a little too much for me. 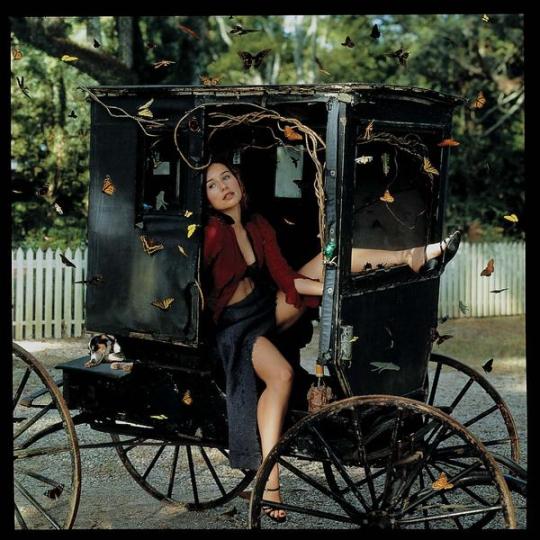 After setting herself up as one of the most talented and unique artists in pop music in the 90s, with challenging albums like “Boys for Pele” and “From The Choirgirl Hotel”, Tori Amos’ career has gone off the radar slightly following a string of disappointing recent studio albums. You should never judge a record by its cover, but needless to say the cover of Midwinter Graces didn’t exactly inspire me with confidence from the outset. I’m not sure exactly how to describe this interesting ‘artwork’, but the words ‘photoshop hell’ spring to mind.

Moving on however, despite whatever recent missteps Tori has made in terms of production and photoshop, after experiencing her live in concert a few weeks ago I am happy to report that she still totally has it live. Watching a Tori Amos show is kind of indescribable and it feels like you’re watching someone so extraordinarily talented it seems like they’re from another planet. She also has a remarkable knack for transforming some of her lackluster songs into something greater in the live arena, which I found to be the case with a few tracks from Midwinter Graces.

“Winter’s Carol” and “Our New Year”, two of Amos’ original songs, hark back to her earlier albums such as the brilliant Little Earthquakes, and finish the album on a strong note. Midwinter Graces may not have succeeded in making me completely un-Grinch-like, but I think it’s fair to say that it did succeed in leaving my lump-of-coal-for-a-heart at least lukewarm. A word that coincidentally summarizes my overall assessment of this album. 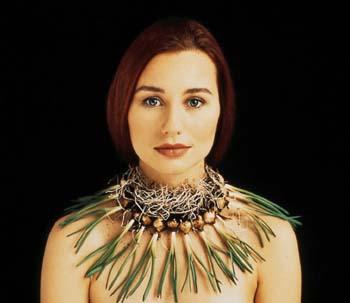 Want to decide for yourself? Thanks to Sneak Attack Media, we have two copies of Midwinter Graces to give away. All you have to do is email your name to music[at]autostraddle dot com by 11:59pm (EST) on Monday December 21st. Winners will be notified via email soon after!