Feature image via The Courier Mail

Teams at the University of Gloucester and the University of Portsmouth conducted a study that started with a bunch of ladies taking off their bras. Dr. Joanna Scurr et al. sought to relate can characteristics to mammary motion. They put 48 volunteers with a range of cup and band sizes on treadmills sans support; voluntits were measured to see how far and fast the boobs bounced as the women ran. 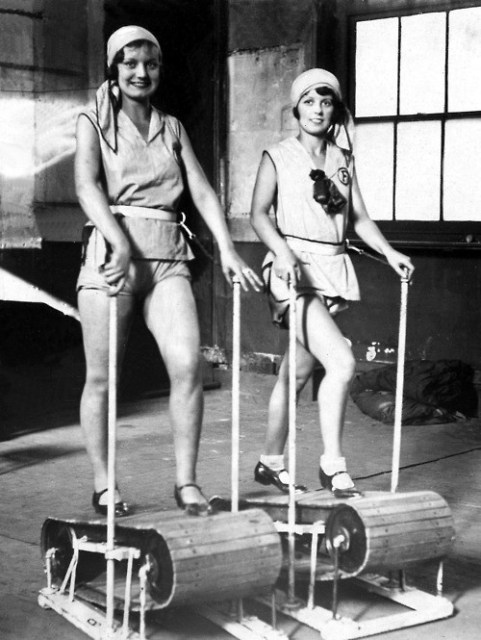 So what did this landmark study discover? Surprise! Bigger boobs bounce more than tinier tatas! The scientists said their discoveries on bare-breasted kinematics could be applied to the design and construction of better built bras. Additional Portsmouth research showed larger bosoms tend to sag and belong to women with higher BMIs. Gee, you’d think you could’ve come to both of those conclusions by merely looking down.

You may titter, but there is so much more to discover in the Land of Knockers. Brassiere designers, athletes, scientists and boob-endowed ladies are curious!

Wanna know what happens when you run wearing nothing but reflective pasties? Besides getting weird looks, you’ll also be a less effective runner. Sports bras compress your breasts so that they contribute less to overall body weight, which decreases impact on the body and reduces the risk of injury.

Still confused if your bra is the breast it can be? Scurr et al. wanted to see what cause your mammaries to move the most. Turns out it’s a two-step star jump! So armed with that knowledge, jump around in the dressing room next time you’re bra shopping to ensure it’s doing its job.

Do you jiggle ’til it hurts? Researchers found your boobies will bounce no matter what you wear. Wear a better fitting bra that reduces motion in all three planes to slow your jugs down and lessen the pain.

Want to know what the best material is for building a better sports bra? Turns out the jury’s still out on that one. All we know is that stiffer fabrics tend to be better.

Bottom line: boobs are interesting no matter what. So if you feel like unclasping, walking, jumping or running, there’s someone out there who wants to study you. You know, for science.