With North Carolina’s constitutional ban on gay marriage and the KKK fighting to adopt a Georgia highway, it seems like the South hasn’t made much progress in the history of ever.

But the Confederacy doth protest too much. Underneath the traditional values and worn-out denim is a pair of hot pink Long Johns. When a region is so distant from progressiveness, it’s bound to be a little eccentric, a little otherly, and have more indignant queer subtext than an episode of Rizzoli and Isles.

“I remember women by what we ate together, what they dug out of the freezer after we’d made love for hours. I’ve only had one lover who didn’t want to eat at all. We didn’t last long. The sex was good but I couldn’t think what to do with her when the sex was finished. We drink spring water, and fight a lot.”
– Dorothy Allison, “A Lesbian Appetite” 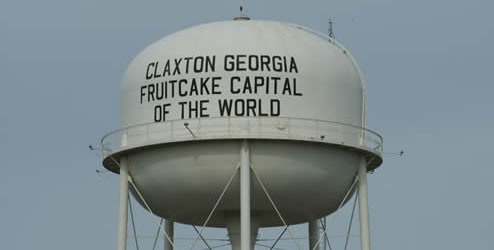 Like many things, rural Southern cuisine hasn’t changed much since Sherman’s March to the Sea. Yet unlike outdated gender roles, this actually works in the South’s favor.* Soul food’s “one part Crisco, two parts social” ethos is so far removed from the mainstream beauty ideal; nutrition and community are valued much more than slim waistlines. You’re more likely to be hollered at for skipping a meal than reaching for a fifth helping of peach cobbler. Unknowingly, I grew up in a fat-positive environment where the bias was often against the slender image that — I later learned — seemed to be glorified elsewhere.

*Yes, I know that the American South is obese. Yes, I know that there is a correlation between obesity and poverty. No, I’m not glorifying an unhealthy way of living. I’m only pointing out a positive side effect. Laughter through tears is my favorite emotion, etc.

“Oh, she say. God loves all them feelings. That’s some of the best stuff God did. And when you know God loves ’em you enjoys ’em a lot more. You can just relax, go with everything that’s going, and praise God by liking what you like.
God don’t think it dirty? I ast. Naw, she say. God made it. Listen, God love everything you love.”
– Alice Walker, The Color Purple 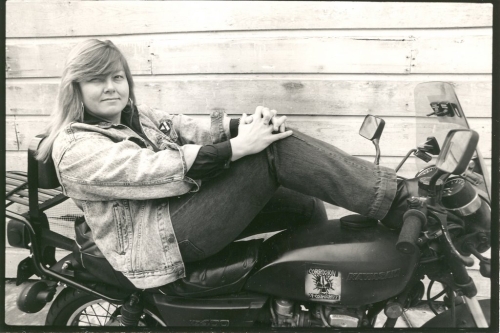 Dorothy Allison via Writers Being Real

Alice Walker was writing about lesbian sex before Ellen was having it. In fact, homoeroticism is a big thing in many celebrated works of Southern literature. Queer men abound in Tennessee Williams’ A Streetcar Named Desire and Cat on a Hot Tin Roof, and the same goes for William Faulkner’s protagonist in Light in August, Flannery O’Connor’s The Violent Bear It Away and Truman Capote’s Other Voices, Other Rooms.

And it’s not just the gays, many authors that weren’t queer were masters at writing resilient Southern women. Jay Gatsby couldn’t hold a candle to Harper Lee’s Scout Finch (To Kill a Mockingbird) or Zora Neale Hurston’s Janie Crawford (Their Eyes Were Watching God).

I felt the starched walls of a pink cotton penitentiary closing in on me, and for the second time in my life I thought of running away.” – Scout Finch,To Kill a Mockingbird 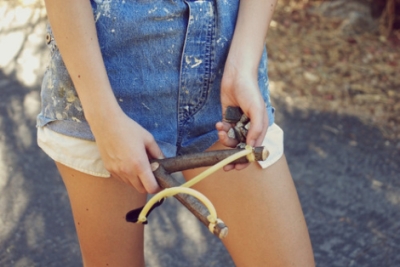 In the rural South, the word “tomboy” is basically a euphemism for “she’s genderqueer, and she may or may not grow out of it. Hell if we know.” No one really raises a brow or bats an eyelash if a woman wants go hunting, fishing, mudding, noodling, camping, cowtipping, corn shucking, or any other outdoor activity — except skydiving and bungee jumpin’ because that sh*t just ain’t conservative. Getting one’s hands dirty and wearing pants are not things that challenge femininity or a Southern identity. On the contrary: It’s seen as being in touch with the land and the assumed heritage that comes with it.

I maintain that this is the reason why the ratio of pumps to deck shoes I own is 1:10. 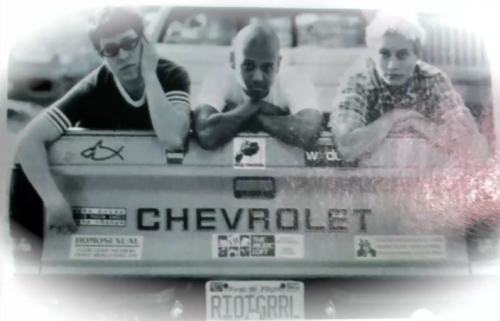 The Indigo Girls — that folk duo that The L Word versed us in not once but twice — actually got its start opening for punk bands in Athens, Georgia in the 80s. It’s an odd match and while I can’t exactly envision mohawked people throwing up rock hands and moshing to “Closer to Fine,” the Indigo Girls’ message is often a very political, very punk one. The duo’s songs rely on rural imagery in the style of country music, yet fearlessly call out social injustice. The song “Shame on You” slaps racist wrists:

They say, ‘We be lookin’ for illegal immigrants
Can we check your car?’
I say, ‘You know it’s funny
I think we were on the same boat
Back in 1694’

The Indigo Girls’ relationship with punk rock came full-circle when the queercore band The Butchies began opening for them. Founded by two former members of Team Dresch at the tail end of the riot grrrl movement, The Butchies weren’t based in Olympia or even Portland, but Durham, North Carolina. In 2000, The Butchies performed a cover of Creedance Clearwater Revival’s “Unfortunate Son” with West-Coast-based Gossip and Sleater Kinney.

While Gossip frontwoman Beth Ditto made her big queer pilgrimage to the Pacific Northwest a decade prior, her Arkansas drawl tints both this song and every interview she gives. Before she was an electropop diva, Ditto was a punk blues maven. Gossip’s debut album, That’s Not What I Heard showcases her without the aid of a synthesizer and, wouldn’t you know, Ditto’s capable of Aretha Franklin levels of soul power.

I’ve often heard tales of strong Southern women. My own past is full of single women who, abandoned by the men in their lives, took extreme measures to care for their children…It seemed the South was full of brave and determined women who had never met one another—distracted by poverty, religion and loyalty to a land that hadn’t done them any favors.” – Ashley Sayeau, “Southern Ms.” 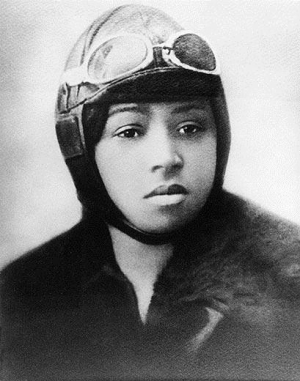 Like many Southern women I know, I didn’t have just one mother — I had a team of them, composed of family friends and non-biological aunts and godmothers. The women who raised me were larger than life, commanding space and demanding acknowledgement. Even something a mundane as creating a meal for 12 turned into an Olympian effort. While the diet magazines in the supermarket checkout line collected dust, they wielded their power with the precision of a KitchenAid Mixer and everyone knew that they held Sunday afternoon luncheon in their collective balance.

The first person who introduced me to Fried Green Tomatoes wasn’t another lesbian, but my own mother. I was five and Idgie Threadegoode’s younger incarnation was the only thing capable of holding my attention through the movie. I harmlessly wanted her to be my best friend. In retrospect, I understand that my mom desired that same aspect of Idgie and Ruth’s relationship. 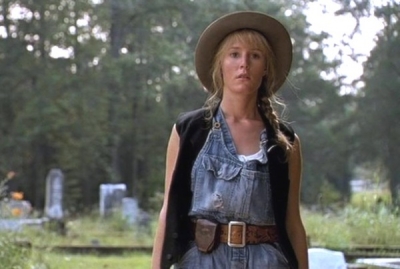 Maybe, while they’ll likely take it to their graves, the women who raised me were just a little bit feminist. And maybe even a little bit queer.

Bless their hearts (and not in the bad way.)