Yesterday, Jezebel released an infographic by Feel Unique, an online beauty retailer, titled “Beauty Vs. Happiness.” The infographic seeks to answer questions like, “Is beauty the road to happiness? Are those of us who spend big on cosmetics any better off than the rest? Can good looks improve your satisfaction with life?” 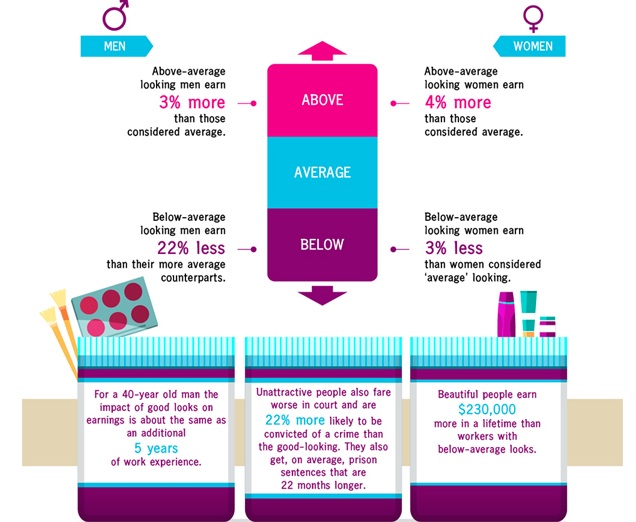 According to the study, the United States spends more on cosmetics than any other country — $38.698 billion dollars in 2007 — and has the highest percent of cosmetic surgery procedures worldwide at 17.9%. And according to the Satisfaction With Life Index, the US ranks 23rd in overall life satisfaction.

The study differentiates between those who spend a lot of money on cosmetics and those who are “born beautiful,” helpfully letting us know that the top 15% of people ranked by looks are over 10% happier than people ranked in the bottom 10% of looks. And therefore happiness correlates to income, as the study tells us, because apparently above-average looking women earn 4% more than those considered average, while below-average women earn 3% less than women considered average looking. 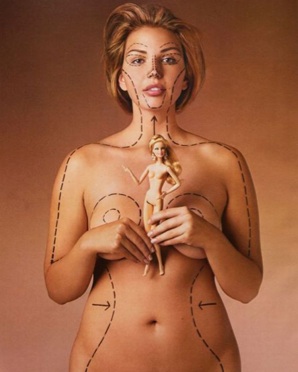 via So Bad So Good

Last week, I wrote about a 14-year-old girl who got plastic surgery to fix the parts of her face that she was bullied about. According to this study and the correlation between cosmetic surgery and happiness that it shows, she might not be more happy because of it. But then again, correlation doesn’t prove causation, so who knows.

There are several things we should take from the study, and many more things we should not. First of all, I’m just going to go ahead and say that I don’t believe that “beautiful” is a Real category that can be tracked and turned into statistics. Because clearly, what I find beautiful is probably not what the people who run the world find beautiful, otherwise successful models would mostly be queer women with short hair, strong shoulders and big hearts (a girl can dream) and no one would say mean things to my girlfriend on the subway. The study claims that beautiful people make more money than not beautiful people, but last time I checked, dykes still make less than cis-men. What do you all find beautiful? Do you feel like your vision of beauty is accounted for in studies like this one?

The study seems to be saying that no matter how much money you spend on cosmetics, if you aren’t born beautiful, you aren’t going to benefit from the life perks that naturally beautiful people receive. In the universe of this infographic, the world has a keen sense of who naturally fits into its standards of beauty, and who is faking it. And the people who are faking it will never be welcome into the club, no matter how much cash they drop trying to buy their way in.

Mainstream culture does definitely have its own standards of beauty that it tries to force on the rest of us, and the cosmetics industry’s very existence relies on people striving to achieve that aesthetic. Because if we are told over and over that beautiful people are more happy, more successful, and generally more valuable to society, what’s not to strive for? It’s a lose/lose for anyone who doesn’t fit the paradigm, because beauty, according to this, is not something you can really attain. You either have it or you don’t. And if you don’t, but have fallen victim to the myth of unattainable yet enforceable beauty standards, you can bring your entire paycheck straight to Sephora every payday but you probably won’t ever be satisfied with your life. In fact, maybe it’s the act of striving to attain someone else’s version of beauty that leads to dissatisfaction, rather than simply not fitting that standard.

But is the cult of beauty something that queers should be striving to be part of? Before the media began to represent queer people, we were free to have our own standards of beauty, un-policed by the mainstream. But inevitably, as we gain more rights and more representation, we assimilate. And as we assimilate, we are expected to shed our gorgeous, special snowflake unicorn selves and conform to the aesthetic standards forced upon straight people, because, you know, everyone’s equal now and whatever. And that’s why there’s a show on television that claims to be “Real” about tall and slender queers with perfect skin and tiny noses and designer clothes, looking like they just stepped off a runway no matter how hungover they are. 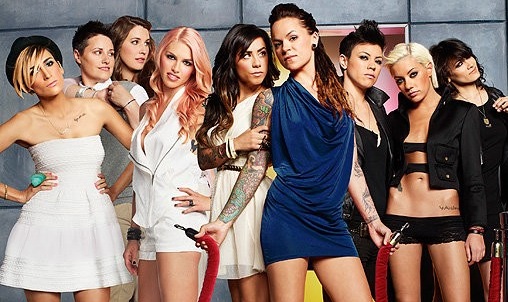 I don’t want to have to tailor my life to fit an infographic about the relationship between beauty and happiness. Like, the fact that my leg hair grows in golden and soft makes me feel attractive and quite pleased with myself, but that doesn’t mean I’m about to get a high paying job because of it. It is someone else’s definition of beauty that counts for that sort of thing.  So I suggest we stop trying altogether, and go back to celebrating our personal standards of beauty instead. I doubt we’ll start to get richer, but I promise you we’ll be happier.