On July 18th, Jennifer Tyrrell presented a 300,000 name petition to the Boy Scouts of America (BSA) public relation director, Deron Smith. Zach Wahls, another activist, had already delivered a petition with 275,000 signatures to the BSA earlier this year. Wahls was unsuccessful at getting the BSA to change their stance, but maybe Tyrrell will have more luck.

It was only submitted on Wednesday, but how long should we wait? Will the BSA be receptive? Are we asking the wrong guy?

It could be that Chief Scout Executive (CSE) Robert J. Mazzuca just isn’t the guy who’s going to change anything. His term ends on August 31st and as we all know, you just don’t have the energy to try something new when you’re quitting your job. You have turnover reports to write, desks to clean out and gold watches to collect. Maybe he’s just too busy to go through 575,000 signatures. What could be keeping Mazzuca so busy you ask?

Oh, training the new guy. Wayne Brock is the incoming CSE with his term beginning on September 1st. The CSE is the top professional at the BSA, so they have to truly embody the BSA way. In addition to the awards Brock has earned already, he’ll have to acquire a few more badges during his term — patches that develop his previously acquired skills.

Although some badges have yet to be achieved by previous CSEs, it would be in Brock’s best interest to win as many of these merits as possible to fully encompass what the Boy Scouts of America truly stand for.

Combining Cycling and Public Speaking skills, this badge was earned by Mitt Romney in 1994 for his ongoing service to simultaneously advance and delay the rights of gays in the BSA.

Eighteen years ago, Romney spoke out to say that the BSA should include gays. But uh, it’s Romney? 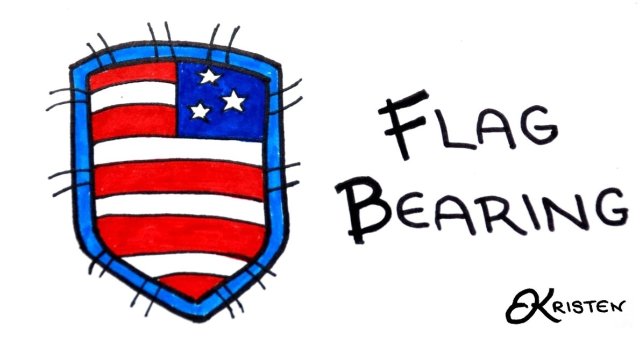 Combining the Law and Emergency Preparedness merits, this achievement was presented to the BSA by the US Supreme Court on June 28th 2000 for the BSA’s proper implementation of the First Amendment Shield. Pew.

In 1990 James Dale was fired as assistant scout master when he was brazen enough to be flagrantly caught on camera at an LGBT conference at Rutgers, in an appearance completely unrelated to his role with the BSA (he attended as the president of its Lesbian and Gay Association). But lo and behold, here was a gay man that was also a boy scout, making him A Gay Boy Scout. He sued and New Jersey’s highest court ruled his dismissal unfair. Luckily, the Supreme Court knew better and ruled in the BSA’s favour, cementing Freedom of Speech as the be-all and end-all defense in discrimination suits.

Now that the Boy Scouts have turned their back on gay kids, there has to be some other way to pick up the slack. Let’s face it: I’m an adult. It was a defeat, but I’ll survive. I’m more concerned about the kids in the program, where we’re going as a community and where gay youth fit into that picture.
– James Dale in an interview with Salon in 2000 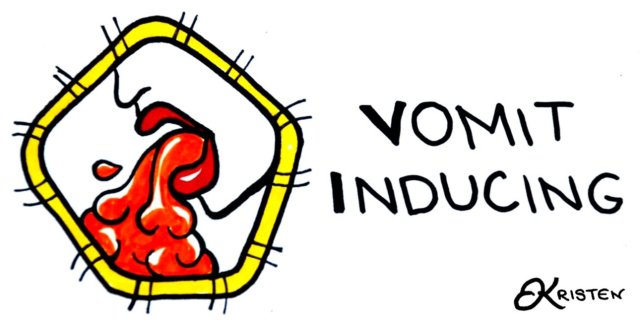 Combining Public Health and Reading, this honour was hurled at the BSA by Susan Ungaro (and the James Beard Foundation) on April 19th 2012 for their lack of tact in bestowing honours. (Make a note Brock, you should up your reading comprehension when presenting an award to a foundation named after a gay man!!)

The BSA presented Ungaro with its Distinguished Citizen Award. At first she accepted, but when informed of the BSA’s anti-gay ways by Michelangelo Signorile and other members of the media, her stomach turned and she upchucked the award.

While I support all the poverty and hunger-fighting programs of the Boy Scouts of America, including sending at-risk youth to camp, your report brought to my attention that accepting the Distinguished Citizen Award implied I support their anti-gay policy, which I absolutely do not. When I accepted the honor, I was focused on supporting the New Jersey chefs and restaurant community.

Combining the Environmental Science and Communication merits, this accolade was achieved on May 30th 2012, with the help of Wahls. He gave the BSA the resources to convert 275,000 thoughtful signatures back into paper and pulp.

Wahls collected signatures and presented them to the BSA at their National Annual Meeting in Florida. He waited.

After two months, the petition was ignored (and possibly recycled) as the BSA have reaffirmed their anti-gay stance.

While today’s meeting was productive and thoughtful, the delivery of these petitions marks the beginning of this journey, not the end. I thought our dialogue today was an honest one, and I’m looking forward to continuing the conversation in the months ahead. We leave today one step closer to religious and personal freedom than when we arrived, and it’s hard to be anything but thrilled about that.

Combining the Fish and Wildlife Management and Journalism decorations, this badge was successfully poached for the BSA by Naka Nathaniel on June 18th 2012.

In response to the BSA vs. Wahls controversy, Nathaniel plummeted from the role of Eagle Scout on MSNBC. His selfless act ensured that “Sympathetic Eagle Scout” would remain on the BSA’s endangered species list.

I really felt so disappointed that in the past 20 years, since I earned my Eagle Scout rank, that Scouting has turned back on people it should be openly embracing. 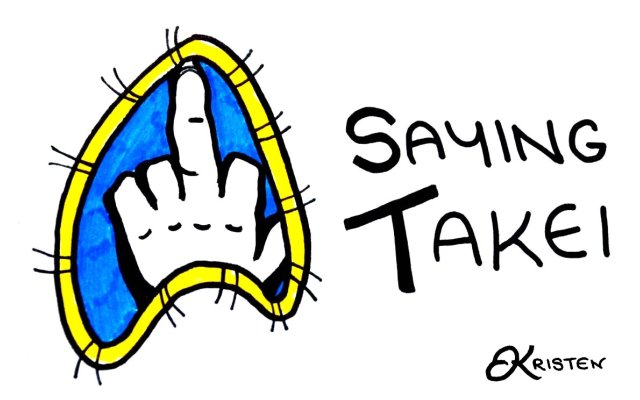 Combining the Space Exploration and American Culture merits, on June 24th 2012 this patch was sewn on by Mr. Sulu himself as he suited up for the NYC Pride Parade.

George and his 2.2 million Facebook fans are easily entertained by the right joke. Sulu proved how much the BSA amused him by showing up to the 43rd Annual NYC Pride Parade wearing their uniform instead of his Star Trek one.

Some of my best memories from my boyhood are of my scouting days. I played bass bugle in our troop’s drum and bugle corps. We marched in Fourth of July parades. We learned teamwork and brotherhood from camping together. The Boy Scouts built my character. As an adult, I was shocked and deeply disappointed to learn that the Scouts discriminate against LGBT people. This is contrary to the ideals of equality and fair play that I hold dear. The Boy Scouts must change. 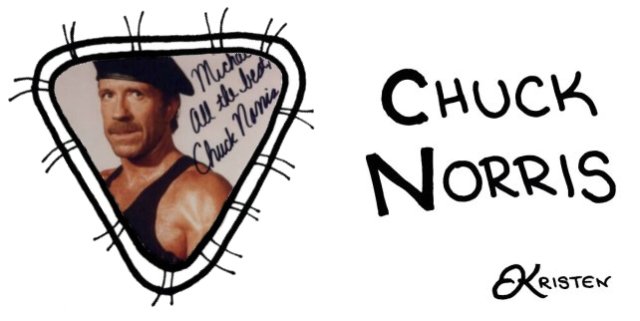 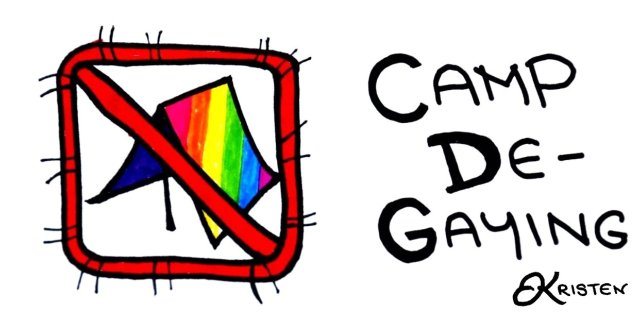 Combining the Camping and Safety Awards, this accolade was presented to the BSA on July 15th 2012 for aggressively keeping the closet closed and campers safe. The ceremony was cut short, as presenter Eric Jones needed to finish cleaning out his cabin to make room for a straight camp counselor.

Jones had been a Boy Scout for a decade and a camp counselor for five years. When he finally gathered the courage to come out his director asked him to leave. Jones’ legacy reminds scouts (and children and youth and people in general) that you should never speak up when you are unsure or proud.

*Except in the case of Atheists and Gays. This prestigious badge encompasses the BSA’s slogan and view of Family Life and Citizenship in the World. On July 18th 2012, ex-troop leader Tyrrell tried to do a good turn on behalf of 300,000 people by presenting the BSA with her petition.

Tyrrell was the den mother for her son’s Cub Scout Troop in Bridgeport, Ohio. She led her scouts to volunteer at soup kitchens, collect canned goods for churches, bell-ring for the Salvation Army and begin conservation of a state park. She was elected treasurer and subsequently fired as she did not “meet the high standards of membership that the BSA seeks.” What high standard did she fail to meet? Was she putting her troops in danger by engaging in pedophilic behavior? Was she teaching them to be obscenely racist? No, even worse. She was gay. And that is not acceptable for an American family.

I loved the time I got to spend with Cruz and actually Jude, my five-year-old, got to come along because siblings are always welcome. We spent a lot of good quality family time just learning and growing, and I’ve seen the change in Cruz and I really fell in love with scouting.

This (yet) unattained award combines the lessons of Scouting Heritage and American Business.

This merit badge will be presented to the first CSE who convinces other American Youth Organizations that Bigotry is the way of the future. The Girl Scouts of America, the 4-H Club and others don’t have any explicit hateful language in their promises or law, but it’s about time they should. They have foolishly avoided media attention by accepting others regardless of “race, color, sex, religion, religious creed, ancestry or national origin, age, veteran status, sexual orientation, marital status, disability, physical or mental disability.” Once they wisely whittle down their members, they will have no choice but to join the BSA family and share a heritage rich in discrimination and controversy.

We should all congratulate Wayne Brock on his new position and wish him good luck at the helm of this “wonderful” organization!! I’m sure he’ll do someone proud.