feature image via Jason Madara for The Advocate

Jennifer Tyrrell, the lesbian mom who started a petition after being removed from her role as a Boy Scouts troop leader because of the BSA’s ban on homosexuals, delivered that petition, with over 300,000 signatures, to the Boy Scouts of America headquarters in Dallas on Wednesday. We were lucky enough to speak with Tyrrell about the BSA’s decision to maintain the ban, positive changes in leadership, and most importantly, how this discrimination has affected her family and her role as a mother.

Jennifer Tyrrell, her partner and their four children were leading relatively quiet lives in Ohio (“We are super active in our community… We’re just like everybody else”), so she was surprised when the petition started receiving so much attention. Along with the 300,000+ signatures, her GLAAD-backed petition also boasts celebrity endorsements from Dianna Agron, Julianne Moore, Ricky Martin, and more. Tyrrell said, “I never could have even imagined [how many signatures there are]. We were actually very excited when we got 25 signatures. Never in my life have I been an advocate or an activist, so it’s a completely new role for me. When I was in New York for the Pride Parade with George Takei, [it was] my very first Pride Parade ever.” 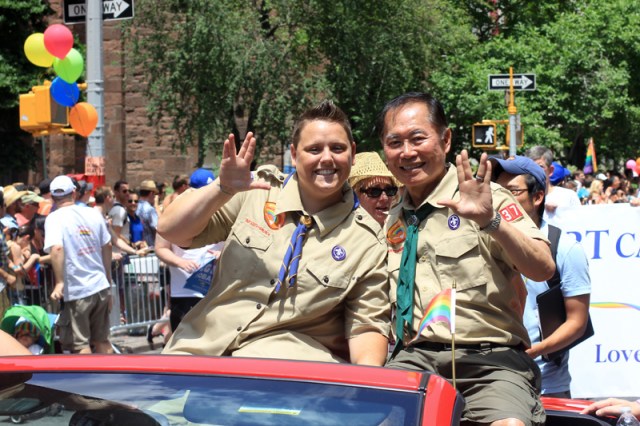 In light of the controversy, the Boy Scouts of America have conducted a two-year long review and decided to keep on keepin’ on with their rules against gay and lesbian troop leaders and members.

The BSA stated in a press release, “While the BSA does not proactively inquire about the sexual orientation of employees, volunteers, or members, we do not grant membership to individuals who are open or avowed homosexuals or who engage in behavior that would become a distraction to the mission of the BSA.”

The decision came from a secret committee of 11 board members, after a two-year-long investigation. Seriously? A secret committee of 11 board members? Jennifer Tyrrell is not impressed with the ruling, stating, “I don’t understand how 11 board members can decide that 314,000 people’s opinions don’t matter. And it’s just not my opinion, or gay opinions — it’s former Scouts, Scout Leaders, Scout Masters, Eagle Scouts. It’s very evident that the people even within their own organization are ready for this change.”

Some of the people “within their own organization” that Tyrell is referring to include BSA board members James Turley, the CEO of Ernst & Young and Randall Stephenson, the CEO of AT&T. Both have publically stated they are in favor of allowing gay and lesbian Boy Scout members and leaders, and are working from within the organization to change the policy.

Deron Smith, Boy Scouts of America’s spokesperson, claims that the matter will not be discussed further, regardless of Tyrrell’s petition. Because they’re a private organization, SCOTUS ruled in 2000 that the BSA is a-okay in banning gay and lesbian troop leaders. Just last week, Eagle Scout Eric Jones was removed from his position as a Boy Scouts camp counselor for being gay. But Tyrell holds out hope, saying, “I think they’re going to say that they’re keeping their policy right up until the day they change it.” 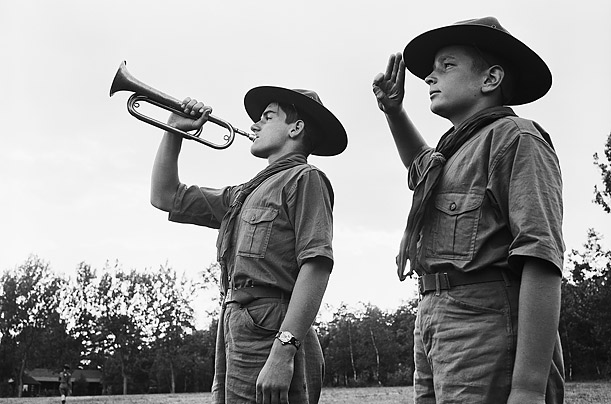 In potentially uplifting news, the Chief Scout Executive, Robert “Bob” Mazzuca, is retiring in August. Tyrrell is optimistic that this will create an opportunity for a more progressive leader. Wayne Brock is in line as the next Chief Scout Executive, but Tyrrell listed Randall Stephenson among those whose leadership would change BSA for the better. “My hope is that since he runs a very successful company which is very, very LGBT friendly and inclusive, he’ll be able to carry that opinion and those processes over to the Boy Scouts. I hope they can realize that by including LGBT people, you’re not causing any harm, you’re actually making progress and change, and people definitely need to see that.”

Ultimately, this isn’t about bigoted adults and free speech laws. Jennifer Tyrrell’s story is about a mother wanting to be included in her son’s life. “I didn’t want to join the Scouts, to tell you the truth. I knew about their policy and I questioned it the very first day, but my seven-year-old really, really wanted to be with his friends, so we went.” Tyrrell said she was encouraged and told that she would be included without worry. “I actually really loved scouting, honest to God! I went in with a bad attitude, thinking ‘Dear God, what am I getting myself into?’ and then I loved it.”

I asked why she was so passionate about the BSA, even now after all she’s gone through. Tyrrell answered, “I loved the time I got to spend with Cruz and actually Jude, my five-year-old, got to come along because siblings are always welcome. We spent a lot of good quality family time just learning and growing, and I’ve seen the change in Cruz and I really fell in love with scouting.”

“When I got that phone call, I was heartbroken and devastated and… How dare someone tell a mother they can’t be a part of their child’s life? Especially when all those scouting parents stood behind me and said,’You know, we love Jen and she’s a great leader and we want to keep her.'” 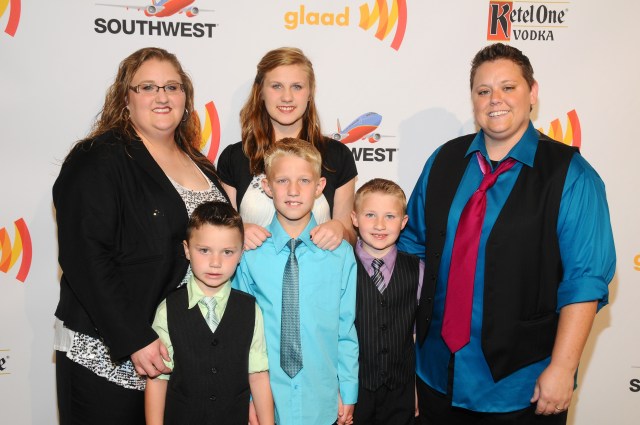 Tyrrell and her partner are extremely involved in their children’s lives through volunteering, school functions, and sports. She went on to say that her son, Cruz, doesn’t exactly understand what’s going on with the controversy. “He does understand that the Boy Scouts don’t allow gay people, and he thinks — well he said, “That’s stupid.”” Cruz is just a seven-year-old boy, wanting to be in Scouts with his friends. “He’s never been taught to discriminate against anybody,” Tyrrell said. “He sees everybody as the same, so he can’t understand why people are treating him differently or you know, me, or any of us differently because he’s not been raised that way.”

It’s shameful for the Boy Scouts of America to have created this conversation in the first place. Their policy states that they want the “homosexuality conversation” to start at home and not with the BSA, yet they’re creating a much more damaging situation in trying to silence this controversy. In the end, Cruz and the rest of Jennifer Tyrrell’s family has learned exactly what discrimination looks like from the Boy Scouts of America.

Please sign Jennifer Tyrrell’s Change.org petition to end the discrimination of the LGBTQ community in the Boy Scouts of America. She promises to keep the petition open until the policy is changed, however long it takes.