“I just make them (paintings) because I can’t not make them. I sort of purge myself of them.”
– Sadie Lee in a video interview for homotopia

When I first saw Sadie Lee’s work I was 14 and my parents had no idea we were about to stumble into a room filled with lesbian art, nor did they think I would memorize every painting that was shown. 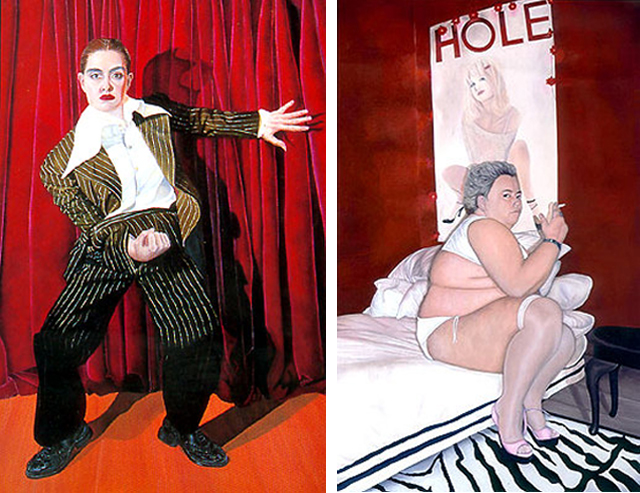 This rather personal introduction poses a question that’s relevant to the perception of queer art in general because, instead of “lesbian art,” I probably should have said “art authored by a lesbian” or, having in mind the reach of Lee’s work, omitted the word lesbian. However, had I done so, the sentence “When I first saw Sadie Lee’s work I was 14 and my parents had no idea we’re about to stumble into a room filled with art” would have taken an entirely different meaning. While I leave it to you (or to another article) to wonder whether this lesbian art vs. lesbian artist dichotomy exists and why, I gladly take it upon myself to introduce you to Sadie Lee’s work.

Although, at that time I had no idea who Sadie Lee was and how she identified, I still understood those paintings were different. They were eerie but in a way that felt familiar. 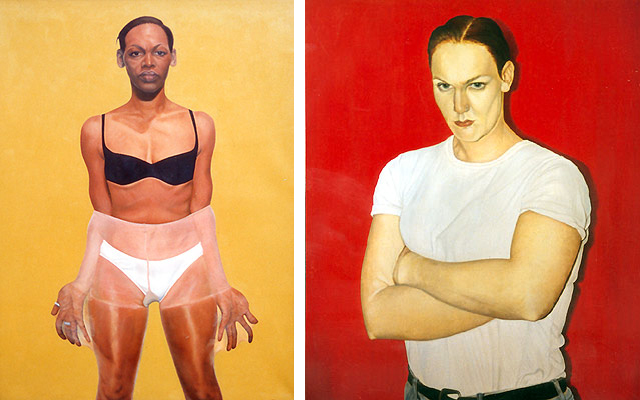 Later on, while I was still finding my way through the pillars of modern art and was very much unaware of both its heteronormativity and my own queerness, I came across a painting of hers whose title was so quietly subverting Picasso’s Femme à la Chemise, I was instantly hooked and the images I’d seen a few years earlier came right back to me.

This is the image, and it’s called La Butch en Chemise. Picasso is on the right. 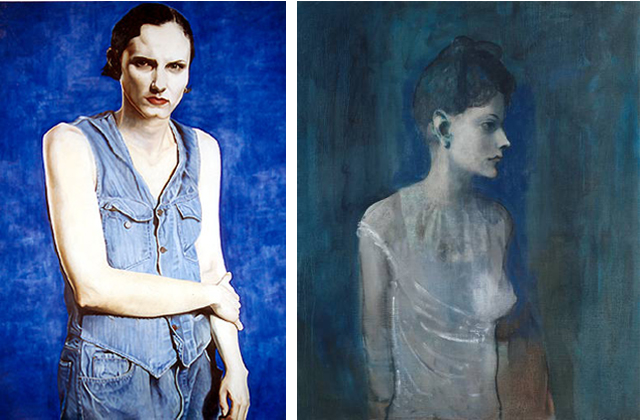 They’re demanding, her paintings, so they stay. As she puts it – you cannot just look at them. I know now that the title of the works I’d seen as a young teenager was in fact “Don’t Look.”

Women, nude women and even women in lesbian encounters, are traditionally (note how that word automatically implies a male painter) painted in a manner that makes it easy for the viewer to act as a voyeur. While inviting attention, they’re often deprived of their own sexuality (and reality) and turned into a form that is ideal for the spectator. The female spectator is, in that methodology, nonexistent. In contrast, Sadie Lee’s women demand direct eye contact. They are aware of their own sexuality and are observing the one who watches them. Although often highly exposed in their challenging of stereotypes and expected gender roles, her subjects remain the ones in control, and among all the layers of meaning they offer, I appreciate that one the most. 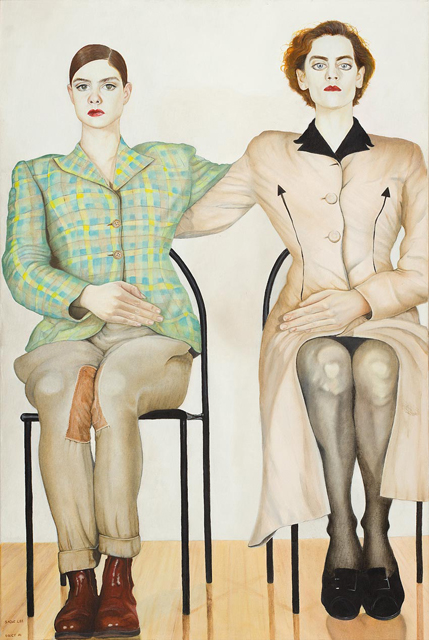 Erect Sadie Lee with her partner

To summarize this short appreciation I’ll leave you with titles of some of Sadie Lee’s series: Tomboys and Crossdressers, Inappropriate Women, Ladies of the Burlesque, And then He was a She, and ask you to notice how well she paints old(er) age. 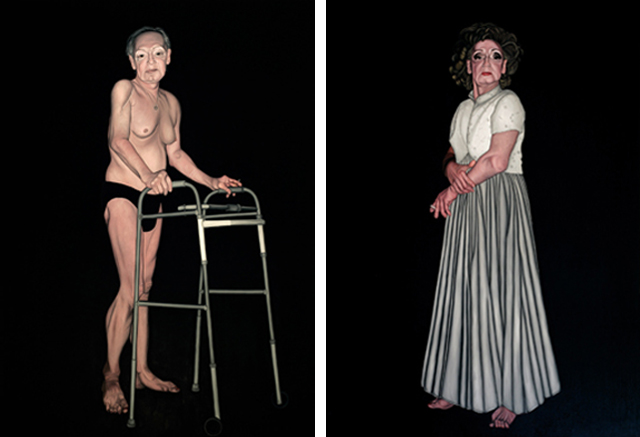 Sadie Lee’s website is a good start if you wish to learn more about her and so is this video in which she talks about her art and other contemporary lesbian artists while painting.

mira has written 1 article for us.