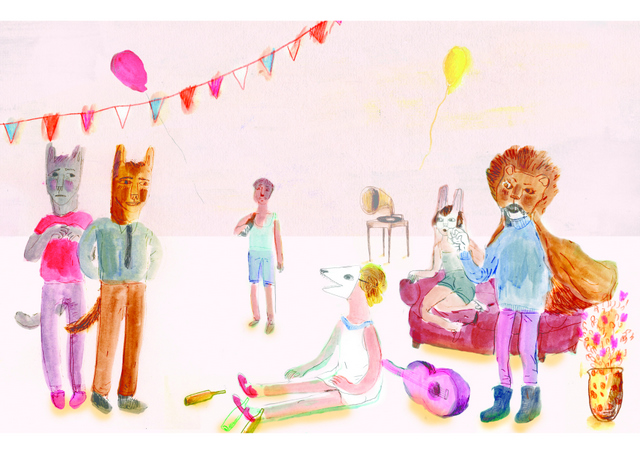 Alice Hyde’s illustrations are whimsical, colorful things, and you could almost just leave them at that, but you’ll want to look deeper. There’s something eerie and a little sad there. And just as you’re realizing that it’s not quite eerie, that it’s maybe shyness — or embarrassment? — it’s rushed past you and you’re urged to look! Over here! At something else! You didn’t see anything back there. It was all in your head, maybe. 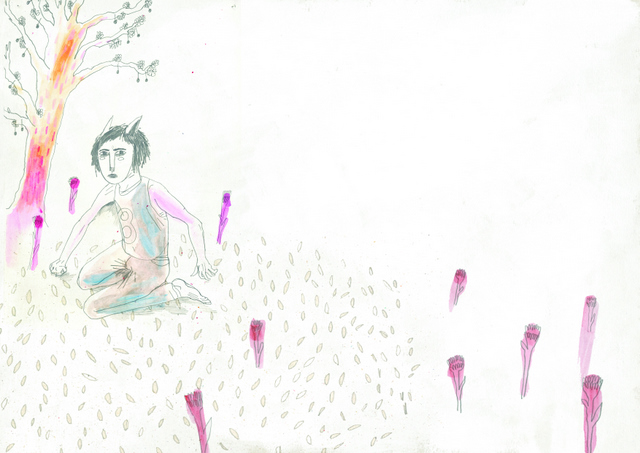 Deep inside I am somebody else. An animal, a great bear, a wolf, a boy. My desire for you, for life, is like a beast. Untameable, held back only by the exertion of all my muscles, all my beliefs, all my fears. My whole being cries out to be free. The creature inside cries out, faint but ever-present. Sometimes it escapes. It leaps out of me and runs through the forest naked, kills other animals in a vengeful fury. I know myself better now. I know how I would show myself to you. Slowly, carefully unclench my body. My furry animal body. (continued below) 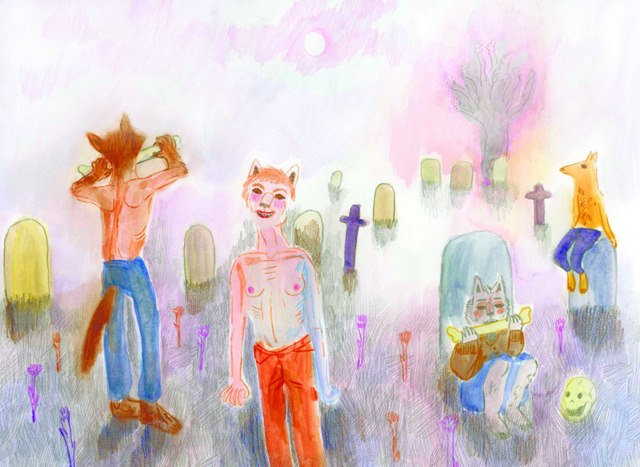 To me, werewolves represent what it feels like to have a hidden part of yourself. It’s dangerous, to be controlled and ashamed of. Always worried that you will be discovered and shunned, ridiculed, declared a menace to society. 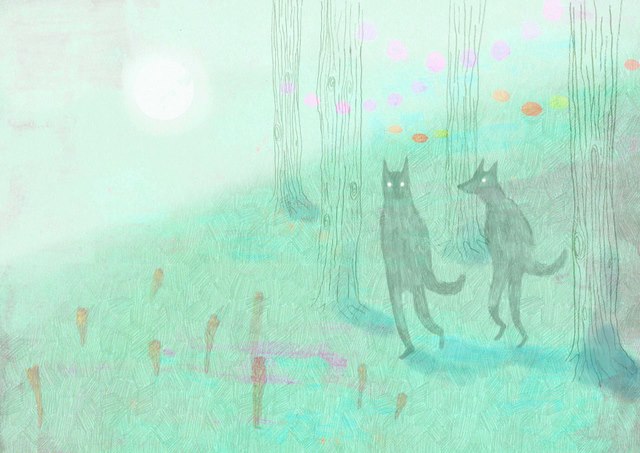 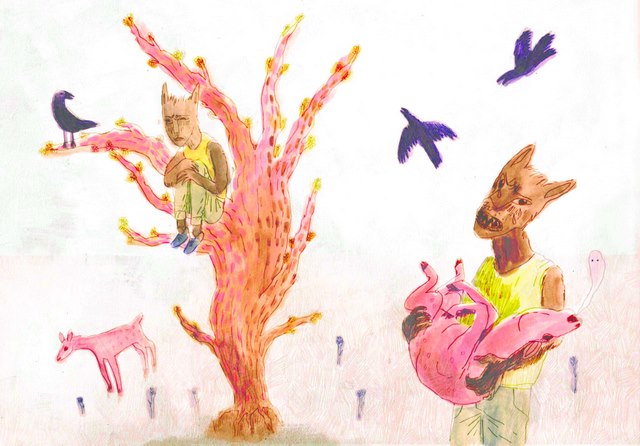