Up until last fall, I had lived in the same house in Ann Arbor, MI, for my whole life. I’d had every intention of getting the hell out of town for college, until I realized that the University of Michigan was far and away my cheapest option. So in September, I literally walked over to the dorms with all my stuff. I was starting a new life in COLLEGE! And college is awesome! Michigan is great!

Besides the occasional crazy guy shouting at students in the Diag to defend their precious virginity, Ann Arbor is still the same cool, accepting place that makes me feel equal to any straight girl. I still love it here! And that’s what worries me. 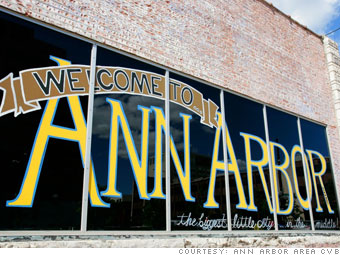 See, I’ve always loved to travel; I could never understand why my friends would throw away their money on “attractive clothing” when they could be saving it for a trip to Guatemala or Quebec or Dar es Salaam. I want to live all over the place, meet pretty ladies from every continent, and let nothing stop me from having all sorts of awesome adventures.

The problem is… maybe my hometown is too accepting. No, the problem is that Ann Arbor is the exact right amount of accepting, and I’m scared that I’ll never find that again, no matter where I go. Why leave the bubble? Why not just curl up forever in the Law Quad with my Comet Coffee, discussing the patriarchy with a couple of birkenstock’d amigas? SOMEONE GIVE ME A REASON PLEASE because I’m actually terrified of this, of never bringing myself to depart from my lovely overcast hipster utopia. 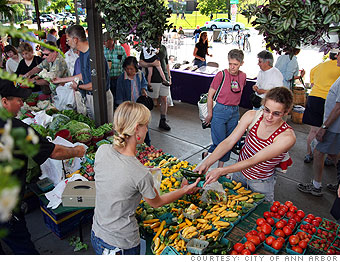 This seems to be a problem that plagues a lot of kids who grow up here, if the 106 who came to UM from my high school are any indication. Even those who leave for college often transfer after a year or come back after graduation, saying that they had never appreciated Ann Arbor until they left and saw what it was like in the deep dark not-politically-correct “real world.” What, marijuana possession is more than a civil infraction in other cities? How does anyone get by??

But the anxiety is magnified by gayness, I think; when I came out to my friends here, reactions ranged from nonchalance to enthusiasm. But my classmates here tell different stories: there’s the confident lesbian who’s still closeted in her UP hometown (that’s Upper Peninsula to all you out-of-staters), the boy whose high school did nothing to stop his boyfriend from being bullied into suicide, the transgender 18-year-old who has to find somewhere to go for Christmas break because she’s not welcome at home. To be honest, I have no clue how they do it, because I’ve never had to deal with anything like that, and I’m worried that I’ve gotten too soft to deal handle anything outside of my 27-square-mile comfort zone.

And so I’ve been reading all these fantastic “Queer City Guides” here on Autostraddle with excitement (yay! I’m young and bi and can go hook up with girls everywhere!) and then I check out this page and realize that maybe moving to Tanzania to do research after graduation might not be such a good idea, considering that same-sex relationships there are punishable by life in prison. Yes, that’s right you lovely gay ladies, we are all dangerous dangerous felons. 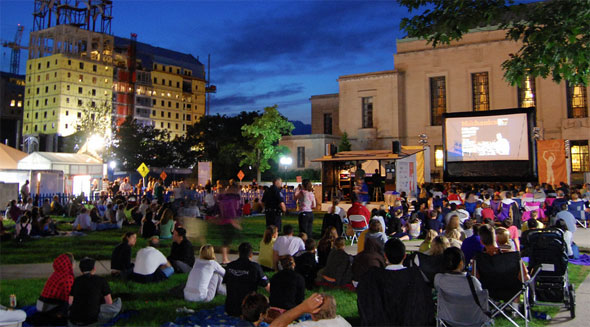 All this being said, discomfort towards my desire to remain planted in a safe, queer-accepting community is more or less the epitome of “first-world problems.” My hometown is just too wonderful! I could stay here forever with all my tolerant unicorn friends!

But imagine if every queer woman just remained where she was comfortable. Do we shortchange ourselves by assuming the bubble is the right place for queers to be? Do other places seem scary simply because they’re far away, and all I know is what I read or google?

For over a century, gays have migrated to cities like San Francisco and New York where they expected acceptance and where a legitimate gay social life could be had. They come from someplace lonely into someplace better. But I was born here. When “staying in your hometown forever” happens in broader cultural conversations, the stereotype tends to be about people who are “too conservative” to leave their home for the scary world. But what about being too radical to leave your home for the scary world?

We owe it to each other and to ourselves to expand our boundaries, but when will I know that it’s time to go?