It was as if the early nineties happened in the dark. That’s mostly what I remember, because everything that was interesting took place at night. We drank on the pier in winter and the beach in summer, concealing our bottles of cider when police and friends’ parents passed by. Finding someone to make out with by the end of the night, or feeling like it had all been a waste of time if we hadn’t. There was Marcus by my side, deconstructing every interaction he had with my ex-boyfriend in the hope that maybe he might have a chance. And there was the spectre of Eliza, no longer by my side since I’d abandoned the whole born-again Christian thing and been branded a bad influence. 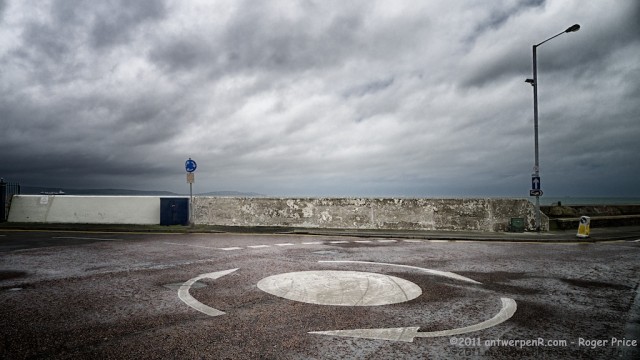 Frequently there’d also be an evangelist with a flipchart and marker pen, drawing motivational cartoons as he preached the gospel. The King’s Fellowship people had tracked us down at the pier and came with a hostess trolley loaded with tea and coffee. Sometimes I hid or ran when the police showed up, sometimes I used my middle-class voice, and always I managed to stay out of trouble.

Our school was one of the few mixed schools in Northern Ireland, which meant that the pupils included both Protestants and Catholics. This perhaps resulted – together with, in most cases, a privileged class background – in many of us viewing the Troubles as an inconvenient backdrop rather than an immediate threat to our safety and well-being. On the doorstep of what The Onion has referred to as the Whitest Conflict On Earth, our school’s demographics constituted relative religious diversity. They were, however, mediated by a strong Scripture Union presence, an evangelical Christian movement. Many of my classmates scuttled off to prayer meetings at break times and stayed behind after school for fellowship groups. Before long, I was among them.

I thought my classmates were so much better at being Christians than me, fighting as I was with private doubts. So much better at being Christians, these kids who wouldn’t look twice at me when we were outside of prayer meetings, who made fun of fat people and wielded their popularity like weapons. But Eliza was not like the other Christians, not like anybody else, in fact. She wore rugby shirts and listened to uncool music and loved teddy bears without fear of anybody mocking her. She had the confidence I craved and she didn’t care about popularity, but was liked by everybody. When she opened her mouth, everything that came out was smart and funny. Her bedroom was tastefully decorated and felt mature and cultured, like the room of someone who knows what they’re doing. While I had one or two talents, she excelled at everything, even subjects she wasn’t interested in. And for her, faith seemed to be a given.

What was there outside of this place? I went through all the usual small-town teen angst stuff. One night when I was eleven or twelve, Eliza and I had stood on chairs in her roofspace, poked our heads out the skylight and stared down at the streets of Belfast. We talked about the mind-blowing possibility that there was someone out there for each of us, some soul to connect with, some kind of romantic love. We wondered at the size and scope of this world. Things seemed so big out there and we were just waiting for life to begin properly. I felt electric with anticipation. A few years later, spending my weekends waiting around amusement arcades for older boys to finish playing pool so they’d go and buy cider for me, I thought of this again. I was still waiting and sometimes I felt as if I could burst. 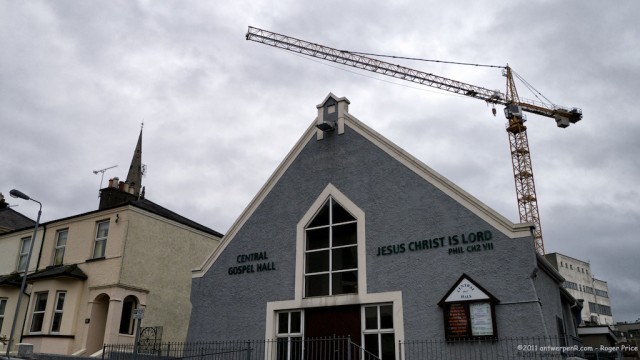 According to the problem pages in the magazines I read, adolescent crushes on other girls were normal and inconsequential and if I just ignored it it would go away. So I didn’t breathe a word of it to anybody, but secretly craved some kind of validation of what I was feeling. Did other people see what I saw in her? “She’s really cute, isn’t she?” I said to our mutual friend Deirdre, without even being sure what exactly I meant by ‘cute.’ Deirdre agreed, but I felt as if there was this gaping empty space between us, like there was still something that she didn’t get. I wished she would feel the way I did about Eliza, so I wouldn’t be alone in it and then maybe I wouldn’t have this sense of frustration inside me.

Maybe I just wanted to be her. That had to be it, right?

It wasn’t like Northern Ireland was a dull place, it just depended on what you were looking for in order to keep things interesting. A constant news loop of bombs and shootings and punishment beatings, recriminations and incitements, did not inspire me to stick around much longer than I had to. In my mind, people like queers and feminists existed only in other places, such as England, where they actually had a gay rights charity. (It would be years before I learned about its marginalisation of bi and trans people, its prioritisation of middle-class gay male concerns, and, more generally, about the existence of nuance.)

Aggressive masculinity ran the show in Northern Ireland – big men with guns! – while women mostly assumed the roles of crying mothers, examples of forgiveness and suffering, often to be admired for their strength and bravery, but rarely effecting change themselves. The evangelical presence at my school reinforced conservative views about gender and sexuality; queer identity was seldom referenced, and when it was, it was not in a positive light. By my mid-teens, I’d shelved my crush on Eliza and embarked on a series of boy-induced heartbreaks: ‘mostly straight’ was about as radical as I felt my identity could be in this climate. I craved queer community, but figuring out my own place in it was something that was on my to-do list for when I left the country.

Bangor in the early nineties was not an ideal place for Marcus to find a boy to hook up with. We racked our brains. There was a boy a year or two above me at my school who I vaguely knew, and I’d heard some rumour about him, you know, something that happened at a party maybe. He was a nice guy, as I recalled, and I promised to approach him on Marcus’s behalf, maybe put them in touch. This is what you had to do before the internet.

I saw Lewis in the corridor between classes. “Can I talk to you?” I asked, envisioning a quick stroll around the school grounds, out of earshot of everybody. “Sure,” he said, standing right there, waiting expectantly as hordes of other pupils passed us by. “Um,” I said. “Um, so, I heard you’re bi -”

My friends had chosen just that moment to make their way down the thoroughfare, and, guessing the business I was on, erupted into peals of laughter at my indiscretion. “I’m not,” Lewis said, and I started to mumble some sort of disclaimer, maybe mentioned that I had a friend, and then made myself scarce. Marcus wound up hooking up with a kid in his school who had been making boastful proclamations about his bisexuality. I’d gotten off with this kid already, an irritatingly precocious 15 year-old who’d shoved his hands down my leggings uninvited, then fucked off rather than helping me up after I fell drunkenly on the rocks by the sea, which had left me with a suspicious black bruise-moustache for a couple weeks. He was nobody’s first choice, but beggars couldn’t be choosers, Marcus figured. They climbed onto the roof of their school on a Sunday evening and the boy came all over Marcus’s shirt, failed to make him come in return, then said goodbye with a “Thanks, I’m pretty sure I’m straight now.” Marcus called me as soon as he got home, spluttering with indignation. 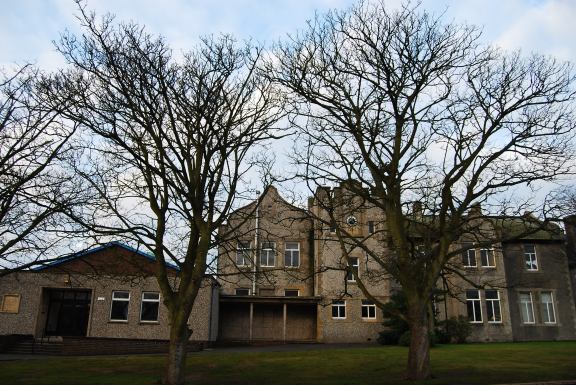 In turn, I reported minor developments to Marcus, like the dream I had about having sex with a girl we knew. I watched my female friends pretend to kiss each other, taking photos to scandalise our conservative classmates, and I wanted to participate except also I didn’t see why it needed to be pretend. I experimented occasionally with the words ‘bisexual’, ‘bi-curious’, but it didn’t seem worthwhile to dwell on them in the absence of any opportunities to find out whether they really suited me. I went into Belfast with Marcus one Saturday afternoon to locate a gay men’s social group. The folks in the punk cafe suggested a lesbian group when I went in to ask directions, but I had a boyfriend and knew I wasn’t a lesbian, so I figured it wasn’t for me. I was just the helpful straight friend, wishing that I could join Marcus at his meeting rather than wander the streets by myself for a couple hours.

The grey sky, the cold wind, the stream of bad news on the radio. I scrutinised my difference, tried to isolate what it was that made me so. Maybe all of my classmates had secret struggles, no matter how calm they appeared on the surface. Maybe I had no idea about anybody or anything.

And so we drank on the pier in winter and the beach in summer, waiting to begin. Over and over, this cycle, petty disappointments and minor triumphs, until we all broke away and figured things out for ourselves, far from each other, far from home.

I'm from Northern Ireland via Scotland, and since mid-2010 I've been pinballing round the world on cheap one-way tickets. My interests include zines, sex workers' rights, small fat animals, and the Eurovision Song Contest, and my favourite word is 'nuanced'.

Nine has written 2 articles for us.