Hey-o! Who’s going to Dinah Shore this weekend? Unfortunately for you and really the entire universe, Autostraddle will not be making its annual massive team pilgrimage to Palm Springs this year because I still owe the Palm Springs emergency room about nine thousand dollars from last year’s near-death experience and will never set foot in that town again. Just kidding! I mean, that’s true about the ER bill, but that’s not why the whole team isn’t going to Dinah Shore.

Regardless, there’s still plenty of opportunities to bask in the soothing glow of Autostraddle.com in Palm Springs. For example, the entire cast of Autostraddle’s smash hit webseries, Unicorn Plan-It, will be there, and several other Autostraddlers will be in attendance — keep an eye out for Contributing Editor Brittani, Jess S. and our stylist Sara Medd. 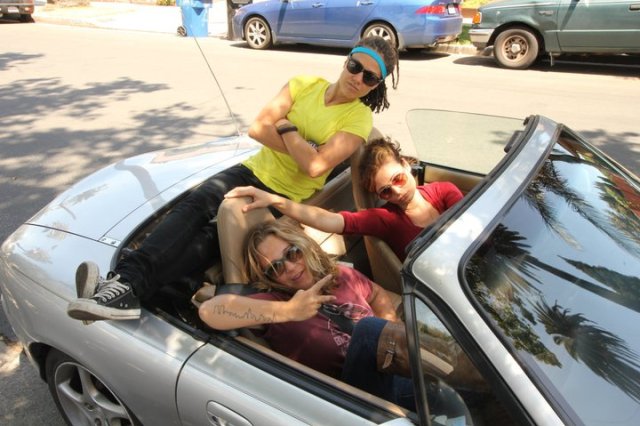 these people will be at dinah shore

Here’s what we’d do if we were gonna be there! 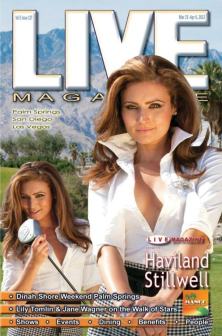 Celebrate the glory of Haviland Stillwell at Mango, where LIVE Magazine, your go-to source for Palm Springs lifestyle/entertainment news and photographs of Haviland Stillwell lying on a golf course, is hosting a “mixer.” There’s no cover and no tickets, just a chill get-together at a fun restaurant where Haviland will be meeting people and signing albums. She’ll probably sign your body parts, too.

Haviland, Ashley and Sarah will then mosey over to the Celesbian Meet-and-Greet party hosted by the Human Rights Campaign, your go-to source for Civil Rights! It’s free to attend but they really want you to RSVP.

Haviland, Ashley and Sarah will be walking the Red Carpet at the infamous white party (to which I have always worn black). There will be live performances by Nina Sky and Wynter Gordon, who seem like very nice girls. 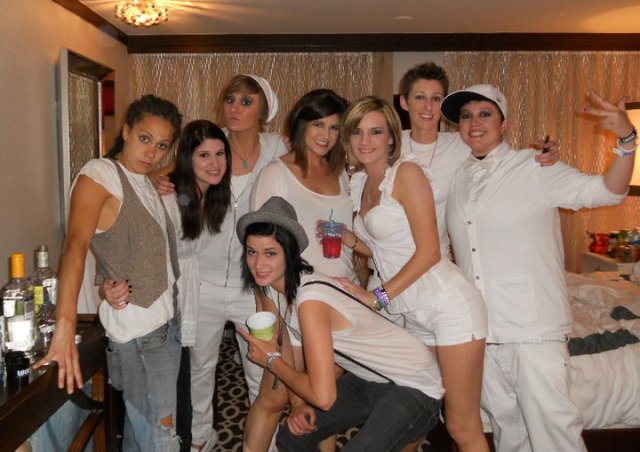 AfterEllen.com, your go-to source for lesbian subtext in popular television programs and all the  lesbian pop culture things, is hosting an all-day Cabana Pool Party of epic proportions at the Riviera! This will include celebrity dodgeball and visits from the renowned stars of the Nobel Prize-winning television spectacular, The Real L Word!

You may recall the Riviera swimming pool as where our Tech Editor Taylor swam after drinking a gallon of margarita from an unmarked container she’d been gifted by a complete stranger, or from when Sara and Whitney confessed love-type-feelings for each other there during the finale of The Real L Word‘s illustrious Season One. 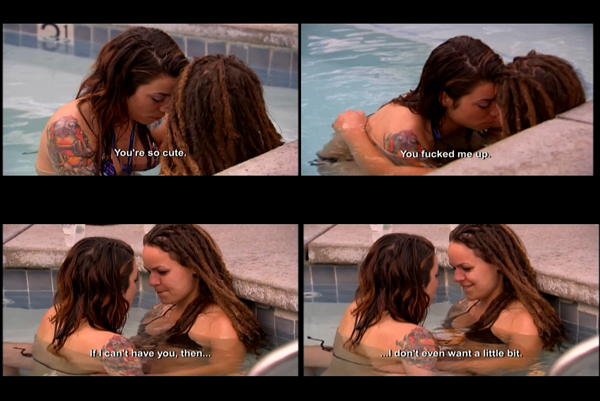 The Battle of The Lesbian Webseries

This particular event is near/dear to our tenderhearts, as we were involved in the formation of this epic situation in 2010. In its third year, this sucker is going strong, and will be hosted by One More Lesbian, your go-to source for videos about women who kiss other women.

Obviously Unicorn Plan-It will be competing this year, and will probably win. BUT NOT WITHOUT YOUR SUPPORT.

The Dinah Goes to Rio

Bacardi, your go-to source for getting smashed, is hosting The Dinah Goes to Rio! This star-studded evening is the largest party of the weekend, with a live performance by Chaka Khan and somebody called “Neon Hitch”!

Hosted by SheWired.com, your go-to source for breaking lezbo news, the Wet & Wild party promises to be extra wet and wild with a performance by Dev, who looks very pretty in photographs.

Hosted by GO! Magazine, our dearest friends and your go-to source for the nightlife listings, news, “women we love” and “pictures of what you did last night.” This party will involve the best DJs, the Hottest Women, and CeCe Penniston! 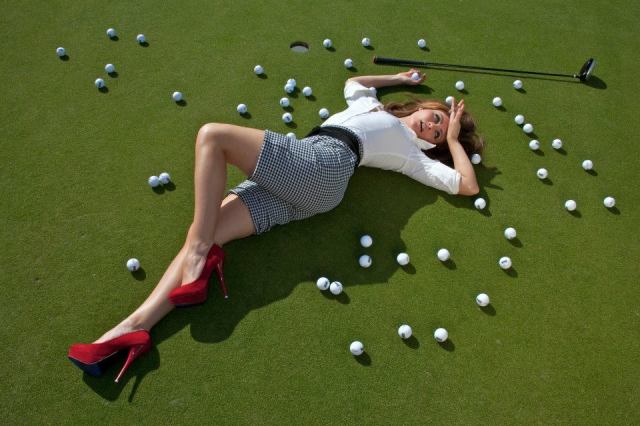