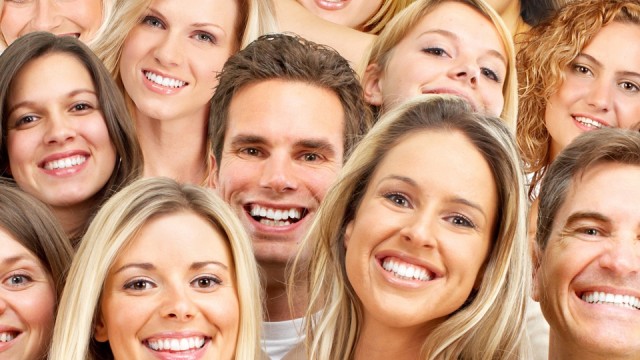 Attention, everyone: Racism is BACK! [Electric guitar riff.] As you may have heard (because it’s both bonkers and everywhere), our national brain trust of semi-literate racist teenagers is not pleased with some casting choices in the newly released Hunger Games movie. And lo, they took to Twitter with a fury.

“Kk call me racist but when I found out rue was black her death wasn’t as sad,” wrote one. (Okay, you’re racist. And you left out a “k.”) “HOW IN THE WORLD ARE THEY GOING TO MAKE RUE A FREAKIN BLACK BITCH IN THE MOVIE ?!?!?!??!” wondered another. One didn’t mince words (or use them correctly in any way): “Sense when has Rue been a nigger.” (Sidenote: Pretty much all of these teens have since locked or deleted their Twitter accounts—because it’s totally cool to be racist in front of your friends, but the rest of America can be a real drag, bro.)

First of all, I can’t even figure out what race means in the context of a futuristic dystopian vision set in an alternate-reality America where children fight to the death for the amusement of Katy Perry’s wig collection. Like, how do our present stereotypes even apply? Do these kids think Cinna only got into fashion school because of a post-apocalyptic affirmative action program? Do they conceive of 12-year-old Rue as some sort of tiny welfare queen from space? It makes no sense.

Second of all, and more importantly, this is obviously horrifying. But is it really that surprising? Those tweets raise knotty questions about what we see when we read—how our brains conceptualize things that aren’t explicitly dictated, the ways our subconscious is conditioned to fill in the blanks. The characters that these racist garbage-teens are so upset about are either explicitly described as having dark skin (to the point where, while reading, I felt a little weird about the demographics of Panem—did they seriously just make District 11 the black-people district?), or not specified at all. But, of course, if it’s not specified, it must be white.

The ubiquity of whiteness in popular media is so overwhelming that, in the absence of any racial signifiers, I would guess that the majority of white people and a significant number of non-white people automatically assume that characters are white. I know I do. (To be clear: I am a white lady.) I mean, Jesus, the impulse to default to white is so strong that the above child prodigies defaulted to white even when explicitly told not to. (I guess they assumed that “dark skin” meant, uh, dark white. Like George Hamilton or something.) Also, speaking of Jesus and white people, let’s not forget WHITE JESUS. White people’s PR campaign has been so comprehensive, we’ve even managed to make God white—to the point where even black people worship white Jesus! And Jesus was hella not white. Like, at all.

You can see whitewashing in a grillion places—from old chestnuts like black characters always dying first (get out of the way! White people have stuff to do!), to more recent developments like 2011’s HawthoRNe being only the third primetime drama ever to feature a black female lead. Third one ever. In 2011. There’s the fact that if you have more than two black characters in a television show it becomes a “black show.” There was Avatar: The Last Airbender (which I reviewed here), in which M. Night Shyamalan cast white actors in explicitly Asian roles—but only the heroes. The villains were dark-skinned south Asians. Remember the sassy black friend in 2011 rom-com Friends with Benefits? Probably not, because she only exists for like two seconds at the very beginning of the movie to establish that our heroine has an ethnic friend, and then disappears forever. Because that’s enough! Tip o’ the hat to you, black people! You’re welcome! Now quiet down—the white people are talking.

I asked comedian/actor Hari Kondabolu about his experiences auditioning for roles as a non-white person. He said this:

I see how white is the default every time I have to audition for a part and there’s an indicator that the actor can be “any race” or open to any particular look. It’s a reminder that most, if not all, of the other parts are meant for white people. Shouldn’t most parts be open to anyone?

Only in revisionist Shakespeare, you silly goose!

And beyond that, when television shows and films do manage to cast non-white people in significant roles (usually maids or prostitutes, but, you know, baby steps), or create meaningful gay characters, or allow people from non-dominant groups to participate in the conversation in any way, it’s treated like charity. As though inclusion—or even just acknowledgement—is a gift that those groups should be grateful for. Fuck. It’s like expecting people to be grateful for an invitation to their own family reunion.

In 2010, someone suggested that Community treasure [and black person] Donald Glover should be cast as Peter Parker in the forthcoming Spider-Man reboot (the role eventually went to Andrew Garfield). White people went FUCKING BERSERK. Glover received death threats. Just for the idea of him being allowed to audition for a movie version of Spider-Man (a movie that, by the way, already exists with a white actor in the lead role). And just like with Rue and Cinna and Thresh and the racist Twitter-teens, it’s a proprietary thing-if Spider-Man is black, then he isn’t ours anymore. He’s theirs. Waaaaaaaahhh! In MY America, Spider-Man is white! In MY America, I don’t have to worry about non-white people all browning up my young adult fiction movie adaptations! It’s not fair—it’s like this isn’t MY America at all anymore.