So being queer and having been around the block a few times, you’ve undoubtedly made it out to all the local haunts in NYC. Sure, you’ve done Cubby Hole Tuesday $2 margaritas and Choice Cunts every month, but you might find yourself feeling a little blasé from lack of options. You might even frequent the Brooklyn monthlies like HEY QUEEN! and still find yourself craving more queer community and debauchery. Well rest-assured, you’re not alone. For anyone who needs to be pointed in the right direction, I’ve compiled a handy list of queer and queer-friendly parties, places, and neighborhoods that are sure to keep you busy. 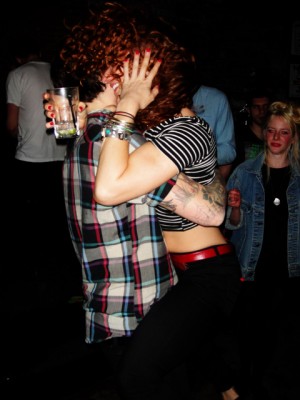 MISSTER! Wednesdays at The Woods

So, this party is the revamped version of The Woods’ usual Wednesday nights. Think stylized queers that really, like Whitney always said, “just want to dance with somebody.” Despite the slightly inconvenient trek to South Williamsburg, the space is good and the dance floor is the main event. Surprisingly for a Wednesday night, this party fills up late and continues until the wee hours. Get there after midnight and you’ll catch the DJ playing their most danceable set and the crowd having had enough drinks to forget about their Thursday morning obligations. Sure, you could always stick to ye ol’ Metropolitan Wednesday nights, but if you want something a bit more lively, head out to The Woods. 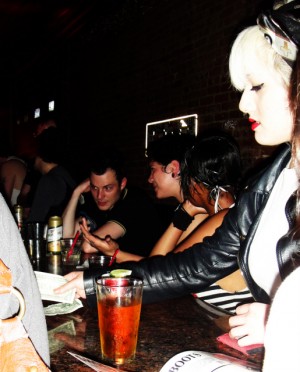 KITTY is new and still making its way into the night scene, but as such, they really try to show you a good time. This type of good time is distinctly Bushwick flavored: It’s the party that every punk teen in the suburbs always imagined they’d be at someday. With a constant stream of old-school slow jams, an open dance floor, and a pool table, you’ve got all your needs covered. Not to mention the booths surrounding the space that perfectly complement the low-key kick back vibe. If you’re looking for fun themes, good drinks, and a Thursday night that will ease you into the weekend, KITTY’s got you covered.

GET IT! Every Last Tuesday at Sugarland

Okay, so this party has it all. Except, that is, enough queer people! Have you ever gone to a packed party with gorgeous people and thought, “Wouldn’t this be great if there were better music??” This is just the opposite. The music is AMAZING! Think, Kreayshawn remixes, the new Lana del Ray song, and every other new or old tune that you always wish the DJ would play. Combine that with drink specials and the perk of having an excuse to go out early in the week and voila. When the end of the month finally rolls around and you need to blow off some steam, here you have it.

So, Crown Heights is pretty much Park Slope’s queer, quirky half-brother. Similar to The Slope, you have rows of beautiful brownstones intermingled with a main drag of shops, eateries, and haunts on Franklin avenue. Unlike its more reserved counterpart, though, instead of married soccer moms, you have eclectic queers. Before you’re ready to settle down and consider a vegetable garden and joining the food coop, Crown Heights is probably where you want to be. Notable spots include Dutch Boy Burgers, where you can get a cheap and delicious meal, your choice of any straight or spiked milkshake or beer float, and friendly service. I opted for the lamb burger and toasted marshmallow shake, and I was not sorry!

Attached to the backside of Dutch Boy is Franklin Park Bar, complete with arcade games (the nostalgia inducing ones like skee ball and that basketball shootout game) and an outdoor patio area. Also on the agenda in this newer queer-friendly nabe is Breukelen Coffee house with its comfortable modern vintage space and Brooklyn-based Stumptown Coffee (by far, the best of the best) and Red Lotus Room, a fancy undergound event space hosting many a queer gathering. Though the most obvious queer association in the Heights vicinity is probably Outpost Café, hike on over to these gems to get a feel for what the rest of the neighborhood has to offer. 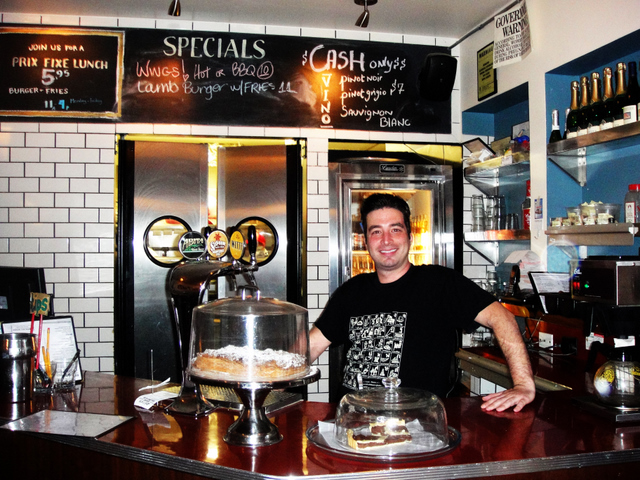 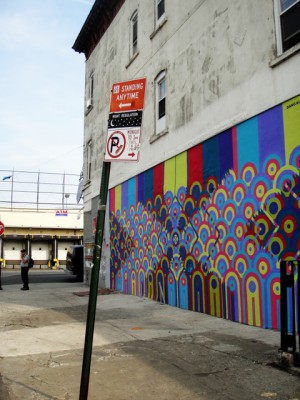 If you haven’t heard, Bushwick is the new big queer neighborhood. You have grit, you have style, and you have a whole sector of queer amazingness that is still slightly underground. Seeing as Bushwick is a converted industrial zone, many of the establishments are loft spaces – perfect for collaborative living, art galleries, and yoga studios. Bushwick gives us back what the Lower East Side and Chelsea have long since started to dull on: energy, authenticity, and neighborhood spots that you can still call your own. Straddling that fine line between hipstery and artsy, Bushwick is a free-for-all of unrestrained and creative living and loving.

Notable spots include Orwell’s Coffee Shop, where I once in all honesty saw a performance involving someone using dry ice as a musical instrument (and yes, the mic was on the dry ice). If you’re hungry, Northeast Kingdom brings you top-of-the-line refined comfort food such as tater tots with caviar and crème fraiche and peanut butter stuffed French toast, or you can try Momo’s Sushi Shack which does an amazing elevated pork betty and a great vegan gyoza dumpling. Drinks-wise, the Narrows is a hidden enclave with fancy custom cocktails and candlelit ambiance for cheaper than you can hail a cab in Manhattan. Lastly, if you’re feeling nostalgic, Life Café is open late and is the sister restaurant/bar to the recently closed East Village Life Café, that we all remember from Rent. 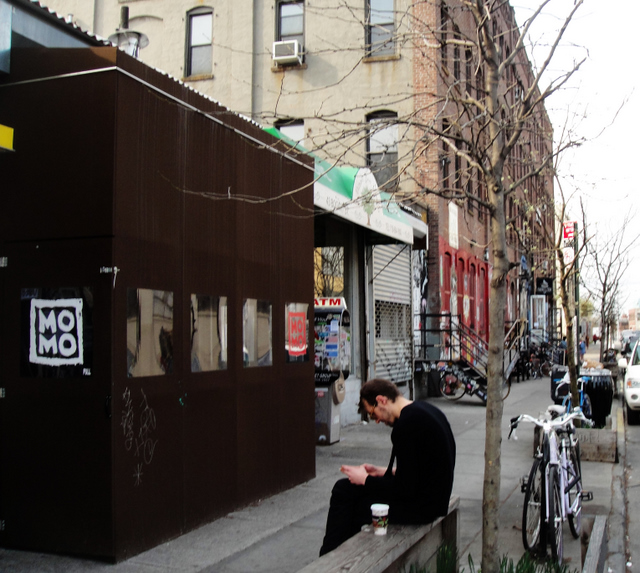 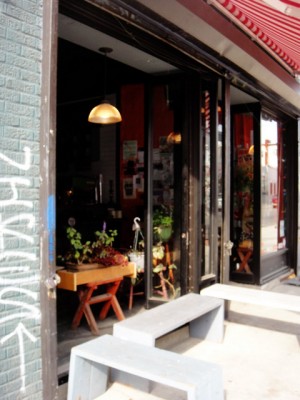 So I couldn’t help putting at least one Williamsburg locale on the list. Though you may be thinking this a supposed to be an under the radar roundup and Williamsburg is anything but, this joint tattoo parlor and hair salon off the Lorimer L is far from trite. Elvis themed in the most tasteful way, Graceland provides you with two queer necessities: a perfectly stylized yet lived-in haircut and a badass tattoo. The convenience factor can’t be beat and you’ll feel right at home in the shop. The majority of the hair stylists are queer so you’ll have a stylist that understands the aesthetic and the tattoo side is equally as open and accommodating. Consider coming in on Sunday Funday, a monthly occurrence where Graceland gives out cheap tattoos that the artists have drawn up under quirky themes like “Things That Are Wet.” You won’t regret it!

So, there you have it, an on-the-ground collection of some of the newest places and spaces on the scene. Being queer isn’t always easy, but with a fresh slew of parties, neighborhoods, and hangouts popping up, it always helps to feel that your people are just around the corner. In addition to all the tried and true places we’ve carved out for ourselves, these new spots are sure to keep everyone feeling right at home, no matter where they are.