It’s Christmas! (For the record, I’m Jewish, but whatever, I’ve always not-so-secretly loved the fuck out of Christmas, which’s really a secular holiday at this point, amirite?) Regardless of your religious affiliations, chances are good you’ve got a few hours off this week to spend with your parents and/or children as well as various assorted members of your chosen and/or incidental family. There will be food and drink and presents and, obviously, lots of feelings and minimal safe spaces. Thus we present our fourth annual holigay open thread! 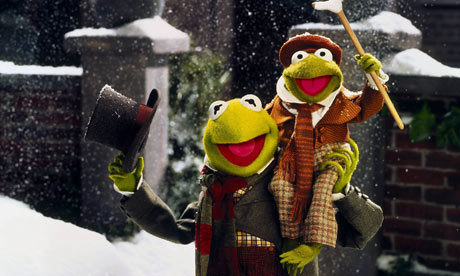 If you’d like to view my girlboifriend’s favorite Christmas film, A Claymation Christmas, you can do that right here:

Now it’s your turn: what are you doing today? Are you having fun? Any politically horrifying and/or inspiring conversations? Have you been stuck in an airport for any significant period of time? Are you judging me for having a Christmas tree this year even though I’m Jewish? Did anybody get you a Samantha doll or 23 pounds of paper? Is this your favorite Chirstmas song, because it’s mine?  :

TAKE IT AWAY, WEIRDOS!!

Riese has written 2771 articles for us.