Eggnog is my holiday jam. I like all kinds of eggnog. Legit. I’ve never met eggnog that I didn’t like. But then again, I’m a bit of a dairy-monster (see clove monster, related). If you’re a dairy-monster like me, you’ve probably never met nog you didn’t like either, but it’s even more special when we make our own. Which is what we’re going to do today. Why not directly on the holiday you’re celebrating, you ask? Welp, I didn’t know this until the good folks at Wright & Goebel Wine & Spirits told me, but eggnog is supposed to age for at least a week before drinking it for the flavors to really meld together. Some people recommend three weeks. Some recommend a year.  So Straddlers, let’s make some nog.

The traditional eggnog recipe is uncooked, meaning raw eggs. I eat raw stuff all the time – I make a meatless pasta carbonara with raw eggs on top of it. When I ate meat, I ate it bleeding. And raw eggs in nog is actually not that dangerous. However, not everyone should eat raw stuff– if you have a suppressed immune system, for instance. Or if you’re just having bad luck (we’ve all gotten food poisoning before. Salmonella’s much worse). Bad stuff can happen if you eat raw things, especially in the U.S. or other countries where the standards for food production are not so high, no matter how much I argue that raw things = moar flavor. So for the purposes of our recipe today, I’m going to be cooking our ingredients. I personally like raw things better. Raw things = moar flavor. But you do you – decide which version is right for your household. I will be using variations on this recipe and this one. 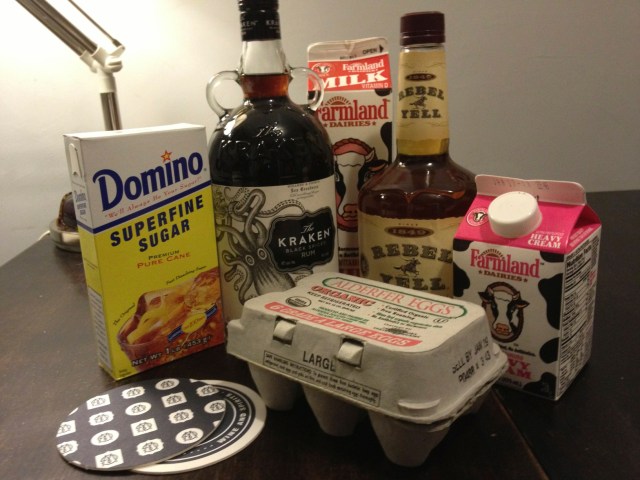 For this recipe, you will need:

3/4 cup of sugar (use superfine because that dissolves better)

a pinch of salt

1 tsp vanilla (I will probably use more than this, because I fucking love vanilla)

1/2 tsp nutmeg, plus more for garnish

a double-boiler, or just a glass or metal bowl and a pot (we’re gonna double boil this ish so we don’t scald the milk/accidentally make scrambled eggs)

a big pitcher to age this in

a week of fridge time

probably a label or something, informing your friends/roommates/family/harem of girls not to drink the eggnog for a week

1. Separate your egg yolks from your egg whites. Put the yolks in your metal/glass mixing bowl. Discard the egg whites, or use them to make yourself an omelette.

2. Add the 3/4 cup of superfine sugar. Whisk the egg yolks and the sugar until it’s smooth and creamy. 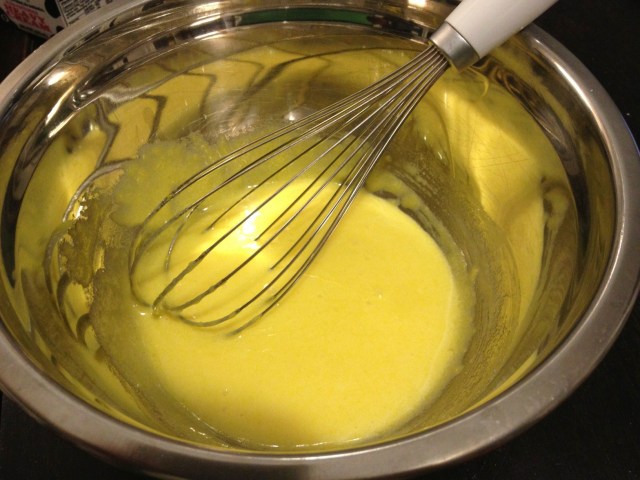 4. Fill a pot with water and simmer it on your stove. Place the metal mixing bowl top of it and stir the mixture continuously for five minutes. Inhale deeply, because this part smells delicious. This is the part that prevents accidental salmonella. 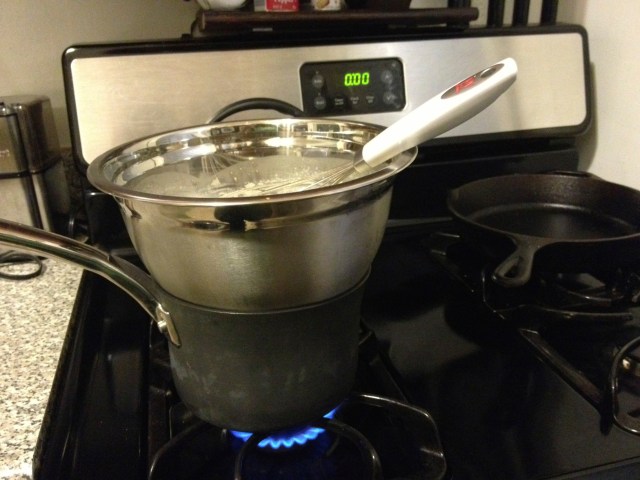 5. Stir in the other half cup of cream, the other cup of milk, the bourbon and the rum.

6. Transfer your nog to a pitcher with a lid (you don’t want this picking up fridge odors over the next week!). Slap a label on that to let people in your house know that there’s a method to your madness. 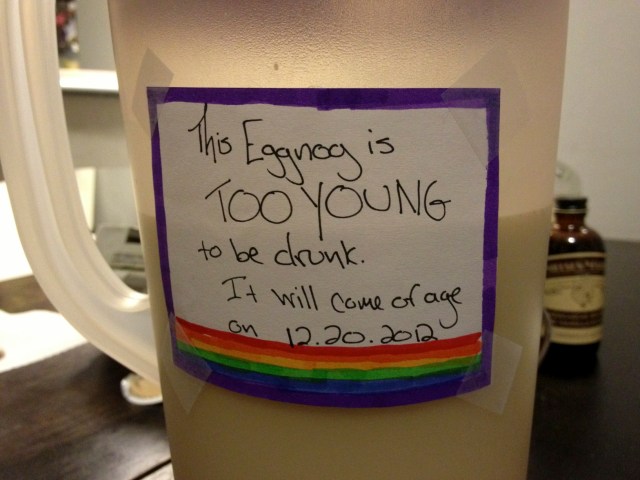 7. RESIST THE URGE! You will want to drink it. If you’re like me, you already stuck your finger in it to see if it tastes so much better than store bought eggnog (it does). But let me let you in on the secret that I was let in on: it will taste even better in a week. And I know it’s against everything your mother ever told you to leave eggs and milk in the back of your fridge for a week, but do it! All the alcohol we poured in will preserve them.

8. In a week, stir the nog up real good (your nutmeg will have settled), garnish the nog with more ground nutmeg on top and serve chilled in glasses.

If you want to do this recipe raw, it will actually be easier for you than it was for me. Take out all the fancy middle bits with the double boiler and splitting your milk and cream in half. Just chuck everything together, stir, and chill for a week. Presto! Nog.