Are you done with 2011? After talking about what to wear when you stay at home, queer TV in 2011, and what we’re leaving behind I can safely assure you that we are. In fact, we’re moving full steam ahead into the next year starting with a playlist, a readling list, television pre-caps, and Miss January 2013. Isn’t it weird how the calendar girls are in the future? I have to think twice every time I type something about them. Riese debuted the 7th installment of things she read that she loved and we had mixed feelings about winter in visual and aural forms. We covered season 6 of Skins which is coming out soon and may or may not be as fun as season 5, and Jess interviewed Krisily Kennedy from The Bachelor. Incidentally if you’ve never heard Patrick Wolf’s “The Bachelor,” you should head over to his website and listen to it right now. If you need help with an abusive relationship or a jealous girlfriend, this week is your week! Finally you can learn to make ratatouille easier than you can learn to spell it or go for some good old carrot soup.

The Maybe You’ll Get Banged? Award to Eve: “I wish I could leave my homemade bangs in 2011, but chances are they’ll still be on my head at midnight.”

The Purell Award to wasteunit: 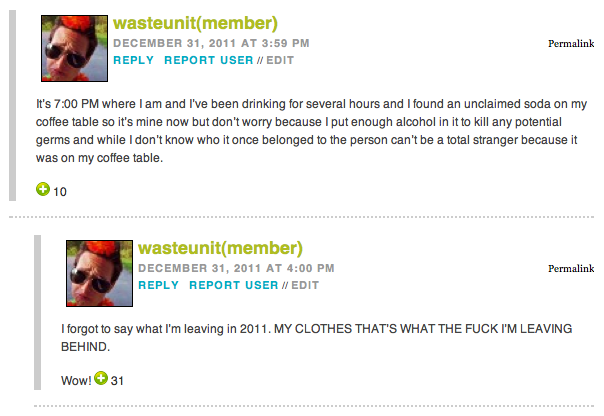 The Vote Skirts in 2012 Award to katiebug: 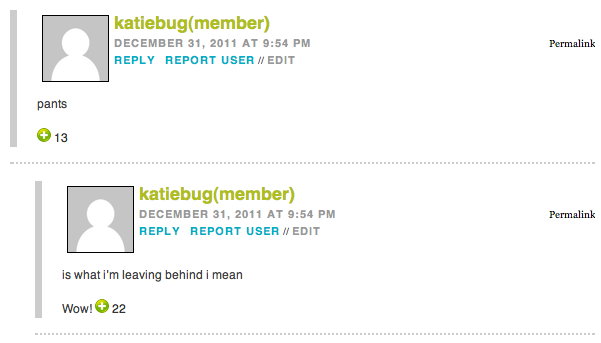 The Fanny Award to Sophie: 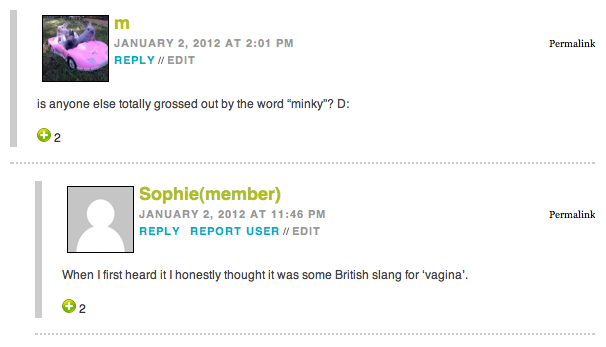 On “Work It” Premiered and Everybody Hated It:

The Your Mom Award to debs and AG: 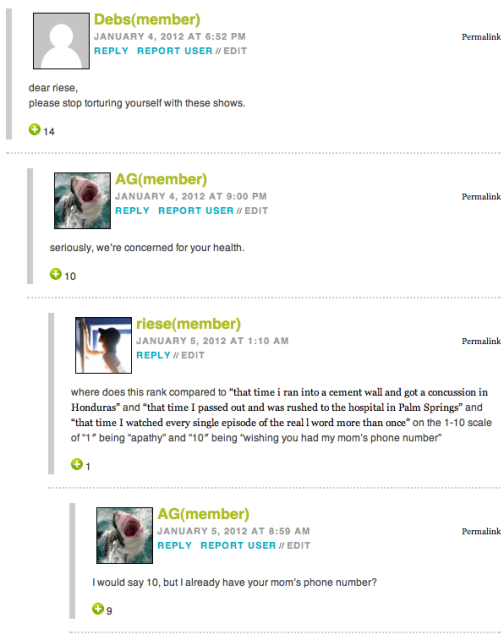