What is this, the dystopian ‘80s? George Orwell would like his plot back. Judge Lewis Kowal, an Arizona administrative law judge, ruled this past Tuesday that a Mexican-American ethnic studies program taught in a Tucson high school is illegal, saying that it violates “state law by having one or more classes designed primarily for one ethnic group, promoting racial resentment and advocating ethnic solidarity instead of treating students as individuals,” which is long speak for “[promoting] activism against white people” according to the Huffington Post. WHAT.

This crazy ruling stems from a 2010 education policy that miraculously passed, where “ethnic studies programs [are equated] with high treason,” according to HuffPo — schools could be denied state funding if classes taught “promote the overthrow of the U.S. government, promote resentment of a particular race or class of people” or the reasons defined above in the Tucson ruling. 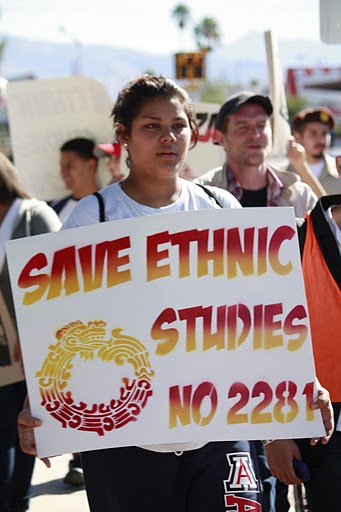 This kind of educational censorship and the attempt to revise and limit minority history seems like something out of a sci-fi novel — the kind where after you finish the book you heave a sigh of relief. All books being burned ceremoniously (Farhenheit 451)? Glad that hasn’t happened. All women becoming sex slaves and forced to do manual labor for a small commune of religious fanatics (A Handmaid’s Tale)? That’s not real either. What about a country revising its political history so that it justifies the actions of the elite and the privileged (1984)? That hasn’t … oh wait.

The ruling itself is scary — it uses phrases like “racial resentment” and “ethnic solidarity” and suggests that a class that teaches Mexican-American studies is fostering discrimination against white people. By shutting down this ethnic studies program for promoting “ethnic solidarity” rather than “treating students as individuals,” Kowal is participating in one of the most pervasive forms of 21st-century racism — with this ruling passing, it’s like Kowal is saying race doesn’t exist, institutional discrimination is a non-event, oppression isn’t real, and the most racist thing you can do is talk about racism. It’s like Arizona has its fingers in its ears and is going LALALALA very loudly — do you remember when Arizona passed the anti-immigration law SB-1070 that promotes racial profiling (i.e., encourages cops to pick out people with darker skin, accents)? Or when the Arizona Department of Education decided that teachers with “heavy” or “ungrammatical” accents can no longer teach English classes? 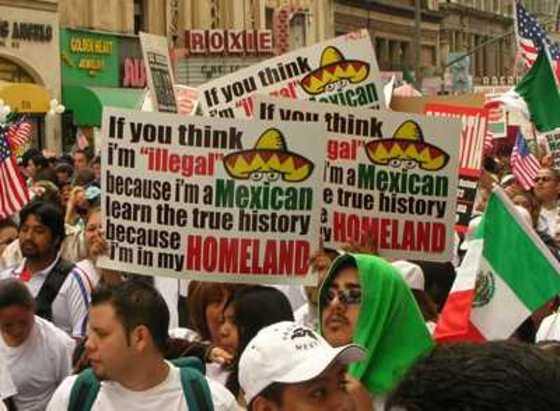 It’s very divide-and-conquer — by discouraging “ethnic solidarity,” and making the existence of minority studies illegal in Tucson public schools, this ruling is really trying to break down “threatening” groups of racial minorities into individuals who are more easily dealt with on a case-by-case basis. Kowal would appreciate the Asian/American “model minority” system too, where minorities compete against each other for social acceptance and upward mobility rather than working together in groups to enact real activism. Why? Because he’s afraid — afraid of upwardly mobile minorities in the great state of Arizona.

By breaking down minority groups who are becoming aware of social injustices and their history in America, Arizona thinks it can suppress its Mexican-American population. The ruling itself seems to come from a place of paranoia about Mexican-Americans; Arizona’s majorities seem to be projecting their own fears on to this ethnic studies program. The racial resentment talked about seems to come from a place of worry that these “nonthreatening” Mexican-Americans will suddenly become aware of white oppression and rise up against the white majority, Terminator-style. And the ethnic solidarity mentioned suggests that if groups of Mexican-Americans get together and talk about what’s actually happening, they’ll overthrow the government. Or something. THIS IS NOT HOW CIVIL RIGHTS WORKS YOU GUYS.

The amount of fear that’s causing these rulings to even pass is worrisome, and the fact that Arizona thinks it can regulate its minorities by shutting down ethnic studies programs and censoring the information that individuals (of all races) are taught in Tucson public schools about Mexican-Americans is even scarier. The underlying belief that a crazy ruling like this will solve a lot of fears related to these “uprising” of minorities in Arizona only reveals how illogical these fears are. It’s scary this is happening in Arizona, but it’s happening almost everywhere else too, especially with the oppression of LGBTQA minorities and the refusal to talk about notable LGBTQA Americans in public school as well (upside: the California push to include LGBTQA history and noteworthy individuals in textbooks!). If a US state in almost-2012 is actively trying to prevent young people from learning about the oppression they or their peers are experiencing, maybe Orwell wasn’t really that much off the mark after all — and that’s a scary thought.