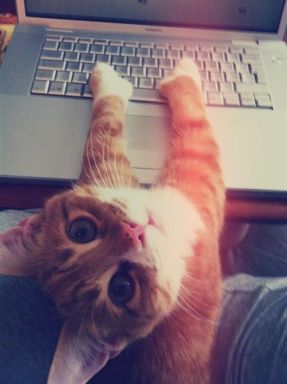 HELLO and welcome to the seventh installment of Things I Read That I Love, wherein I share with you some of the longer-form journalism/essays I’ve read recently so that you can read them too and we can all know more about army recruiting and wax museums!

This is what you can read on your way back to where you came from, or when hungover on New Year’s Day.

+ Onward and Upward With Carrie Brownstein and Fred Armisen of Portlandia (January 2012), The New Yorker: Carrie and Fred are such cute best friends!

+ Halfway Heaven (1996), The New Yorker – “A year after a young woman at Harvard killed her roommate and then took her own life, questions remain about why it happened, and whether it had to.”

+ In the Land of the Dear Leader, (July 1996), Harper’s: You guys, this is FASCINATING. It’s a piece about North Korea from an American journalist sent there right after Kim Jong Il’s father (“The Great Leader”) died.

+ A Monster Among the Frum (December 2011), New York Magazine: My girlfriend read this one before I did, so. I read it on the airplane. Here’s the description: The faithful of Borough Park have a saying: “We are all of one face.” The life of Levi Aron, the outcast awaiting trial for the murder of 8-year-old Leiby Kletzky, suggests otherwise.

+ Sealed in Wax: Madame Tussaud’s Anniversary (December 2011), Prospect Magazine: You may or may not know that I’m obsessed with Wax Museums. Caitlin got me an entire book about Marie Tussaud (of Madame Tussaud’s Wax Museum), but you get this essay!

+ “Psychic Benefits” and the NBA Lockout (August 2007), Grantland -“...both arguments miss the point. The issue isn’t how much money the business of basketball makes. The issue is that basketball isn’t a business in the first place — and for things that aren’t businesses how much money is, or isn’t, made is largely irrelevant.”

+ Between The Lines (December 2011), Los Angeles Magazine: I know you’re thinking, shit Riese, why would I want to read about parking lots? I can’t explain it to you, I can only tell you that I both read and loved it.

+ And Another Fifty Million People Just Got Off the Plane (November 2011), New York Magazine: The recession has not tempered the growth of the tourism sector. The most interesting part of this is the breakdown of tourist behavior based on where they’re from. Australians are the most adventurous, FYI.

+ A Young Woman Struggles With Oxy Addiction and Recovery (December 2011), Tampa Bay Times: There is an epidemic of prescription drug abuse in Florida — this is one woman’s story.