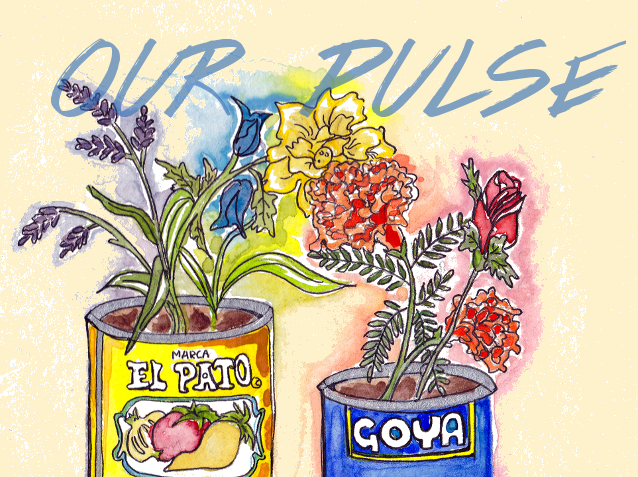 “We came to this country to conduct ourselves as freemen…We wish to be free and not slaves, and we wish to be under a government of the people, by the people, and for the people.”  –Kimberly Alidio, from after projects the resound

I was born in the year 1981, the year MTV launched. The year Ronald Reagan became president. The year the US-trained Atlacatl battalion massacred over 800 people in El Mozote, a pueblo in El Salvador. It was the end of the Iran Hostage Crisis. It was the beginning of the Iran-Contra Affair. Provisional Irish Republican Army member Bobby Sands began a hunger strike and died in prison. The first recognized case of AIDS is reported in Los Angeles. The list could go on and on… but this is not an American pastoral. Or a lyric. Or anything except a history of violence. I am only a narrator. So let’s start there. I was born in 1981, in the month of February, in the year of the rooster, in the United States of Reagan.

I grew up a mile from the cemetery in a small Texas town. Death was my neighbor. Raised by gusty winds, by dust and caliche, and by bodies, the bodies my father brought home, the ones he tossed onto our kitchen table. He worked as an emergency medical tech, driving the ambulance, answering 911 calls, savings lives, watching them extinguish. The bodies he brought into the house on Front street decomposed in our home, buried next to the Southwestern art deco in my living room. The bodies never smelled. They never spoke. But I knew their stories. Sometimes personally. Sometimes I attended their funerals. I would spend sleepless nights looking out at the distant light from the cemetery, through my bedroom window. I stared out into the moon’s kingdom, at the invisibleness, just to avoid looking at the ones haunting the shadows in my house.

It was 1998 when James Byrd Jr. was lynched in Jasper, Texas during the summer. I was a senior in high school. The fall of that same year, Matthew Shepard was beaten in a cornfield in Laramie, Wyoming. It was the end of my innocence when I realized that being Black or being Queer in this country could get you killed. This was the time before Hurricane Katrina, before 9/11, before Ferguson. Before. Before. Before.

1998 was the first time I heard the phrase “hate crime.” As if suddenly, to hate had become a crime in a country founded on violence. But would the phrase have entered our lexicon had Shepard not been white? Would the murder of James Byrd, Jr been enough to enact the hate crime legislation that was passed in 2009, more than 10 years after their murders?

In 1999, before I graduated high school, Dylan Klebold and Eric Harris shocked our nation. From 1999 to 2007, there were seven mass shootings (that I could find), leading up to the Virginia Tech massacre. And there were 20 from 2007 until 2012, when Adam Lanza opened fire on Sandy Hook. There have been five since then. Two of them are hate crimes. White supremacist Dylan Roof killed nine Black church members of Emanuel African Methodist Episcopal Church in Charleston, South Carolina, hoping to spark a race war. The most recent mass shooting of Pulse Nightclub, where 49 people of color, most of them Puerto Rican, most of them LGTBQ, were killed by a shooter with an assault weapon, a Sig Sauer MCX. If the Federal Assault Weapons ban of 1994 had still been in affect or had Sen. Dianne Feinstein’s proposed assault weapons ban bill passed after the Sandy Hook shooting, then perhaps Pulse shooter Omar Mateen might not have been able to legally obtain his gun. We won’t ever know.

All of these years I mention have been years of extreme violence. And I left many years out. 1991. 2001, 2005. Really, just about every year of my life. I was born into a country at war, both abroad and at home. Millennials have not known a time of peace in this world, much less in this country. I left out many other names, deaths, heroes. Not to forget them, but because I was supposed to write about Pulse. I was asked to write about what it means to be Queer and Latinx in the United States. And all of these moments, these losses, the grief, are a part of my queerness. Just as much as the joy, the celebration, the love is. I am writing beyond pain, but cannot write without it. It is part of our legacy — as is violence. Violence on an institutional level. Violence on a physical level. Violence on a spiritual level.

2015 was supposed to have been a red letter year for the LGTBQ community. The gays could marry! Obergefell v Hodges legalized gay marriage in the United States the same year that was also the deadliest on record for transgender Americans. In the U.S., 23 trans women were murdered. And those are the deaths that were reported. 2016 isn’t over yet, and already 21 trans women have been murdered (most of them were trans women of color and the majority were Black). I can’t erase the image of undocumented trans activist Jennicet Gutierrez questioning President Barack Obama during a speech where he was recognizing the LGTBQ community and the progress made after the Supreme Court handed down the decision. Gutierrez said, “In the tradition of how Pride started, I interrupted his speech because it is time for our issues and struggles to be heard.” After being silenced and escorted out, she also said, “It is heartbreaking to see how raising these issues were received by the president and by those in attendance.” 2015 was a victory for some. But for others, it was just a reminder of how far we still have to go.

It’s been 15 years since a second word entered my vocabulary: terrorism. But it was the US government that created and defined that word – that use that word, both here and abroad, on the lands far away from us. The media may say otherwise, but our country birthed that word. (Look back at media coverage of the bombing of the Alfred P. Murrah Federal building in Oklahoma City, 1995 or of the Branch Davidian siege in Waco, Texas, 1993) Just a day after this past 9/11, the Islamic Center of Fort Pierce, the mosque attended by Pulse shooter Omar Mateen, was set on fire. It is not coincidence that someone attacked the building, a symbol of a religion that is misunderstood and hated, on one of the holiest days – Eid al-Adha. Since the Pulse shooting, there have been a growing list of anti-Islamic hate crimes occurring across the country. A Muslim woman wearing a hijab was set on fire standing outside a Valentino store on 5th Avenue in Manhattan several weekends ago. She survived; but survival is the exception, not the rule. These are just a few examples of how hate crimes have continued to terrorize our country. Terrorism is not a foreign concept. It is post 9/11.

I sat in an audience recently, at a small bookstore in Austin, Texas, to hear queer poet Kimberly Alidio read from her new book, after projects the resound (Black Radish). The lines from one poem, “Blessed be/our ugly grief/our helpless beauty/this very moment of utterance incarnate in an absent brown body/joining us/alive painfully so/strand us alone together” have lingered in my mind since then, as I reflected upon Pulse. The poem ends with “LOL OUR TENDER EMOTIONALITY.” As if amid all the violence, the hate, the brutality and the savagery, we could still be tender and emotional. I don’t want my generation’s legacy to be that of hate, of racism, of homophobia, of Islamophobia, of terror, of genocide, of war, of civil unrest, of police brutality, of climate change, of revelation. I do not want the legacy to be the grief, the bodies, the ghosts, I have witnessed in my lifetime, as a child born of the Nintendo Generation. I am tired of death, of bodies, of hate upon hate.

This essay is a pulse, beating loud in a body, where tender emotionality can exist, where violence will not. This is what Pulse has meant for me. It is a moment when we can transform a tragedy born of hate into ash. We have to be ready to be stranded alone, together. To protect each other. To dream and to rebuild. Like I said, this is not a pastoral. This is not a lyric. Christopher Marlowe didn’t write The Passionate Shepherd to His Love for me. For us. There is nothing bucolic about being queer or brown in the US – but there is something tremendous and glorious about it. Because despite all of it, we are still here. All of this, all of this, is leading us somewhere, to something different.

Born and raised in the Texas Panhandle, mónica teresa ortiz is a poet and the author of muted blood, published by Black Radish Books in 2018, and winner of the inaugural Host Publications Chapbook Prize for autobiography of a semiromantic anarchist, published in 2019.

Mónica has written 4 articles for us.