If you’re reading this in the North America, chances are you’ve had a pretty chilly week. Sub-zero temps are all the rage but at least it’s giving us some time to sit around in our long underwear and re-charge after the holidays, right?…Right?

This week Ali got app-happy with recommendations for 13 life-changing apps, Laura wrote about wood burning spoons and spice and we learned that our very own Intern Grace co-created the new “Lumberjanes” comic series (which looks SO good, you guys). Loraine  had a “Naked Time” watching Star Trek episode 5, Lizz kept us fashionable in frigid conditions and Laura M. warmed us up with a home-cooked meal.

In other news, Laverne Cox continued to be a perfect human, Shasheer Zamata was named SNL’s newest cast member and Utah decided not to recognize the 1,300+ same sex marriages that were performed in the state in the last two weeks. What is this? California in 2008? I’m hopeful this ruling will get overturned once Utah’s lawmakers see those photos of Michelle Rodriguez kissing Cara Delevingne at the Knicks game.

On BREAKING: Michelle Rodriguez and Cara Delevingne “Make Out” At A Knicks Game:

The Your #1 News Source For All Things M-Rod Award to Georgina:

The And Also Crazy Award to Sally: 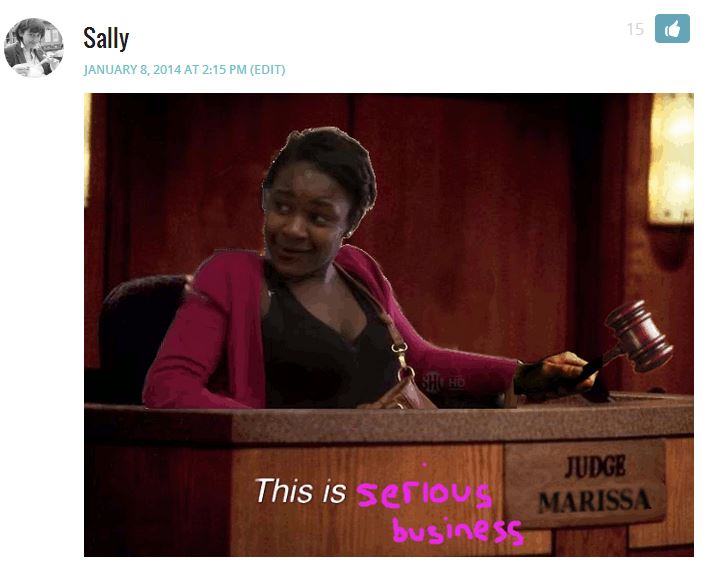 The Touchscreens Be Damned Award to Colleen:

On Honey, I Shrunk the Crystals: Making Sure Honey Spreads As Sweet As It Tastes:

The Sticky Situation Award to sb:

On Things I Read That I Love #108: Cheap Red Wine And Stacks Of Crisps:

The Soon To Be On A.P. English Reading Lists Everywhere Award to Lex:

On Netflix Outed Me: “Gay & Lesbian Movies” Was My Smoking Gun:

The This Is Why Our Relationship Works Award to cat:

The Tangled Web Award to Amanda: