While some people believe in God, and others (mostly Paula Deen) believe in their deep fryers, I believe in the enlightening power of Netflix. The bright red envelope was my ticket to the world. Through these films, these stories, I gained a better understanding of our world and of myself. And as I’m sure many other Generation Me closeted queer girls, I was outed by my Netflix.

But before we get into my rainbow colored queue, I guess I should start in the beginning, back before I knew who Tegan and Sara were and way before I got my partner’s name tattooed on my skin. 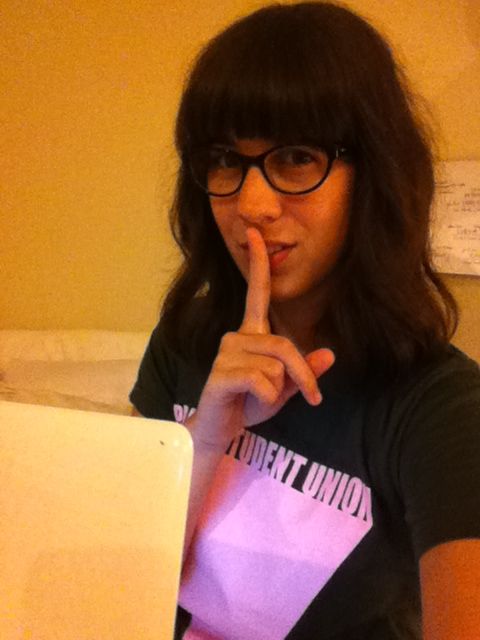 I spent my pubescent years crushing after guys that wanted nothing to do with me (if they knew I existed at all) while going all Cruel Intentions on my girlfriends at sleepovers. I attended a private high school known as much for it’s weekly drug busts and philandering teachers as it was for its academics and high SAT scores, and the best way to describe the LGBTQ community there would be: nonexistent. Well, except for a handful of rich white guys who spent all their time in drama club and hosting wild parties at their parents’ mansions with their “fag hags.” These said “hags” were other rich straight girls that fit into size 0 jeans (usually due to their bulimia or cocaine addiction) who would make out with them when they were drunk. Since I was neither skinny enough nor damaged enough, it’s safe to say I was never invited. But to be honest, I didn’t really want to be.

For the longest time I thought being gay meant being catty and having slick hair. I now know this is totally false, but could you really blame me? All the gay guys I saw on TV were flaming copies of each other and the clique at my school were walking clichés. Forget lesbians, who were just as hidden in my school as the media I consumed.

That is, until Netflix.

After years of adding and watching these unicorn friendly films, I didn’t realize our Netflix account wasn’t just for my nuclear family, but my entire family! Aunts, uncles, cousins, grandparents, illegitimate children, pets; everyone was able to see the L Word marathons I thought I was so cleverly hiding. As if that wasn’t embarrassing enough, Netflix started to do film recommendations on their home page. The Saddle Club would be snuggled in between If These Walls Could Talk 2 and Boys Don’t Cry. It wasn’t long before my family smelled a rainbow colored rat, and that rat was pointing its glow sticks at me. By the time I had accumulated enough films for it to get its own section on the homepage, I was in college and had already come out to myself and a close group of friends. It seemed like everyone knew about my woman-loving inclinations except my own parents!

Along with my grandma (the only person in my family who doesn’t own a computer), they were the only two people who kept asking me if I had a boyfriend. Though I knew my parents loved me, I had seen enough documentaries to know that you never truly know how someone is going to take the news that their daughter is a carpet muncher — but hiding it from them didn’t feel right either.

I officially came out to my dad and my sister at a fancy restaurant where the clientele consisted of legislators and other pervy white men. Of course my dad was very sweet about it, and of course my sister couldn’t be bothered. “Does that mean you’re going to cut off all your hair and start wearing cargo shorts?” she asked. I told my mom soon afterwards and she was just as supportive. 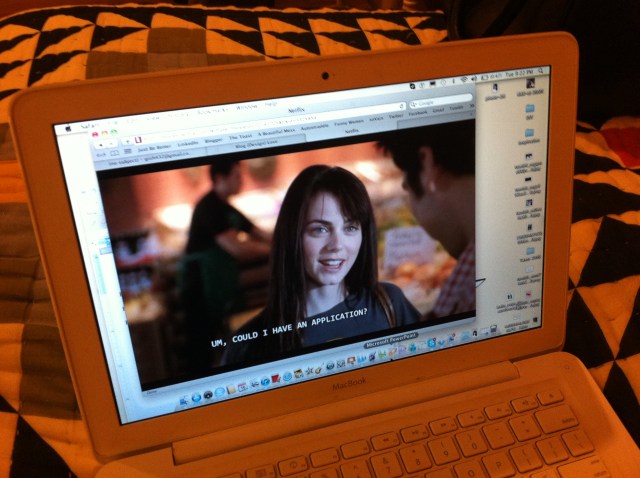 Since my official coming out, I have traveled with my partner to my hometown of San Juan, PR where my awesome, open-minded relatives have met her and tried to beef her up with mofongo and ceviche. In a way, I’m glad Netflix had my back on this one. I never felt comfortable with the idea of “coming out” to begin with. If my heterosexual cousins never had to pronounce their love for the opposite sex, why did I? But Netflix saw to it that I’d never need to have a weird intervention-style meeting. Netflix not only helped me understand my sexuality, it helped my family to understand it as well. It normalized it in a way that heterosexual people take for granted. Netflix is kinda like my fag hag, the kind that wraps you up in a warm rainbow blanket with a bowl of soup when you’re recovering from a Cinco de Mayo hangover.

Thanks Netflix, I owe you one.