The New York Times recently profiled a new exhibit showcasing 32 pioneering women scientists – including Florence Nightingale and Sofia Kovalevskaya, among others. It’s been three years in the making by three science historians — one woman, two men — and is now on exhibit until this weekend. Obviously I wish I could go see it — too bad I don’t live anywhere near New York, nor can I fly there. But reading about it is almost as good. The New York Times writes, “The exhibition celebrates their accomplishments, and makes it plain that they are all the more extraordinary given the deeply entrenched biases they had to overcome.”

I remember reading The Second Sex by Simone de Beauvoir in my early days as a feminist —at a time when I was trying to explain, to myself, and to others — how it was that, if women were equal to men, why we didn’t see more of them acting in history. I had my own vague ideas about why — or notions, really, or feelings — but I couldn’t articulate them adequately. And then she explained it with quotes like this:

“One is not born a genius, one becomes a genius; and the feminine situation has up to the present rendered this becoming practically impossible.” 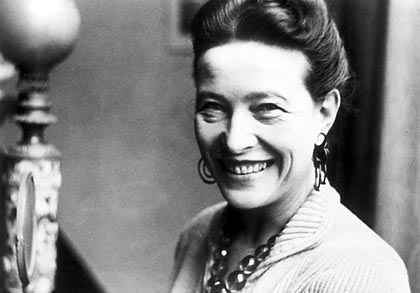 And then I was like, yes, those were the words I was looking for! It has nothing to do with the innate characteristics of women (because that idea is a fallacy if ever there was one) but rather the way people who are identified as “feminine” by society are treated, or not treated: the stories they are told about themselves.

All that philosophizing aside, de Beauvoir explains in detail the ways — at least up to her time, in the mid-1900s — that women of equal intelligence were kept away and turned down from institutions of higher learning.

And the women highlighted in this exhibit are some of the few who transcended, for whatever reason, those gender-related societal constraints on their intellect.

I personally love thinking about historic figures in science — envisioning what the cultural melee might have been around them at that time, envisioning how I would have acted in their situation. For instance, Hertha Ayrton, an electrical engineer and a suffragist, sent back her 1911 census form with these words scrawled across the paper: “How can I answer all these questions if I have not the intelligence to choose between two candidates for parliament? I will not supply these particulars until I have my rights as a citizen. Votes for Women.” Basically, I’m a badass, let me vote already. If you were in her shoes, what would you have done? Of course, she had already been denied membership in the Royal Society of London, and wasn’t even allowed to read her own work at one of their meetings. She changed her name as a teenager from Phoebe to Hertha, the name of a goddess. So maybe she’d grown a thick skin by then. 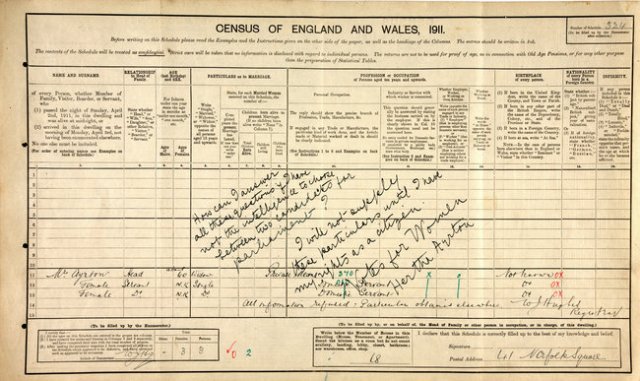 the 1911 Census form she refused to fill out (via: nytimes.com)

Or what about Mary Jacobi, born in 1842: she left a disappointing women’s college in New York for Paris, hoping to be allowed to study medicine. They apparently grudgingly allowed her to participate, but she had to enter the classroom by a separate door and sit alone near the professor. That must have been awkward, to say the least — I can imagine the feeling of all your classmates’ eyes staring at you behind your back, wondering what you’re doing here, feeling always unwelcome, but sticking it out anyway. What kind of emotional fortitude must she have had, in addition to her intellect?

Dr. Jacobi eventually went on to win a prize from Harvard in 1876 where she proved scientifically that, in contrast to popular belief, women’s intelligence was not impaired when they’re on their period. Next time someone tells you your legitimate anger is “just PMS,” (hopefully never?) thank Dr. Jacobi in part that you can prove them wrong. 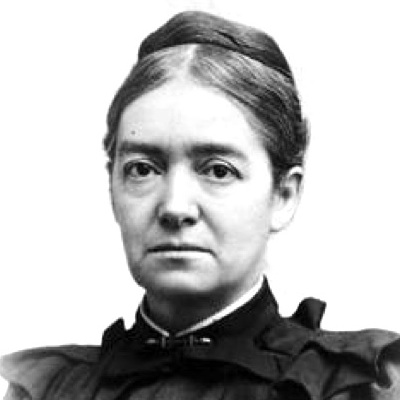 Mary Jacobi: she does not look very happy. Probably because she’s been made unwelcome in every medical establishment she’s tried to join (via green-wood.com)

It’s often almost impossible to definitively identify queer figures in history, especially queer women. Sexual or romantic attachments between women were often easily overlooked by those writing history. “Romantic friendships” were common between women, and could mean many different things. And you could argue that definitions of sexual orientation are a modern and socially constructed concept – so maybe the point is null and void anyway.

But, nevertheless, you might like to know about two of the scientists featured in the exhibition, Florence Nightingale and Sofia Kovalevskaya, who are also featured on NOGLSTP’s list of queer scientists of historical note. Nightingale never married, and strongly rejected offers of marriage more than once. She often referred to herself in the masculine, as “a man of business” or “a man of action,” but kept up intimate emotional relationships with women her entire life. 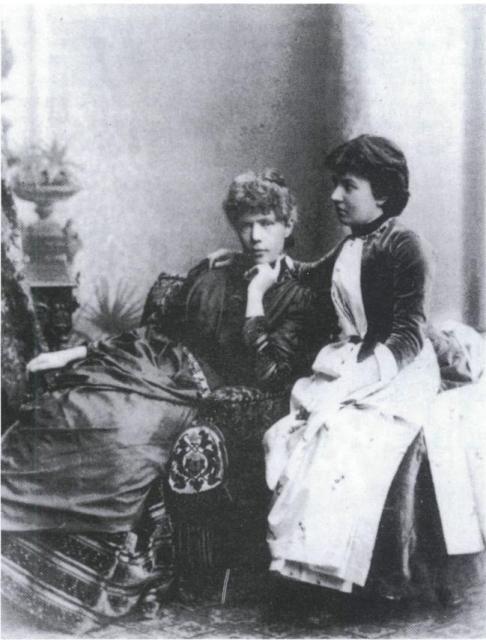 Kovalevskaya’s marriage was well known to be a marriage of convenience; she needed written permission from either her father or a husband to study abroad, so she wrote up a “fictitious marriage” contract with a young paleontology student, and they both moved to Germany. But after her husband committed suicide, she lived the rest of her life in a “romantic friendship” with the actress and playwright Anne-Charlotte Edgren-Leffler.

The exhibit is up right now at the Grolier Club (47 East 60th St, New York) and if you have time in the next few days, go see it! And then please come back and tell me how it was!