This week on The Real World: Ex-Plosion, the house came together for the first time ever. Ari Fitz didn’t have far to go, since she’s a Bay Area native, but she did show up to the house in camo, so there’s that. The cast includes three girls – Jenny, Jamie, Ashley – and four dudes – Corey, Brian, Jay, and Thomas. Ari kept her cool the entire episode like a total pro.

Ari patiently entertains people asking to touch her hair, calmly explains that she’s queer to six strangers at separate times, and otherwise maintains her dignity in the middle of what soon becomes the biggest shitshow to ever hit television (paging Ashley, who has already had a drink at every bar in San Francisco but still can’t hold her liquor). 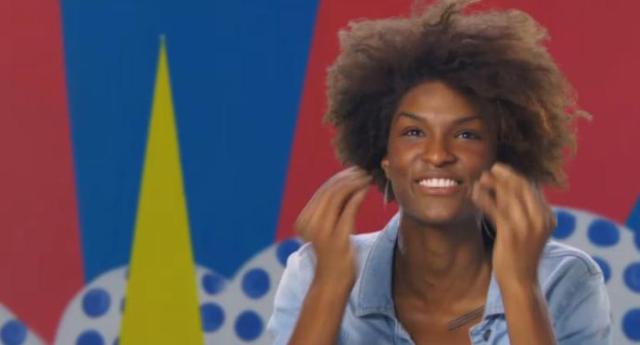 When the first house fight breaks out and Ashley is caught walking the streets of San Francisco in a bra and underwear, Ari is just calm and cool in the kitchen. The next morning, she lookin’ fly and everyone else goes planking in the billiard room.

When another night out and another glimpse at Ashley’s ass lead to Jenny pointing her foot at people in the hot tub after some dude followed her home, Ari’s eating potato chips.

And when Ashley throws hot oil directly into Ari’s face, she’s just kind of like, “Oh, shit. That was rude.”

Here’s the questions you had for Ari Keepin’ It Cool Fitz this week.

@itsarifitz #autoari you had to be a lil pissed when you heard it was in San Fran right?

A little! I mean, I want to travel for free! But I was working on my second film and so staying worked out. Also, it was fun to show the roommates my city.

Ha! Great question! I wasn’t around when she said all of that. Plus, true Bay Area cats don’t need to assert it’s their city, they embody it. I am San Francisco, period.

Yes, boo! They did, and that’s why I’m addicted now.

He was such a cutie about it. Wasn’t he? Honestly, he’s one of my best friends in the house and one of the truest most authentic people I’ve ever met. 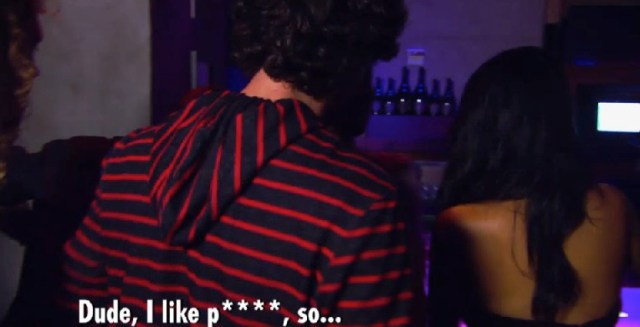 Tough, but I typically only have eyes for just one. Plus, the girls in the house were too much like sisters to be into like that.

as a filmmaker how do u feel about all this 4th wall smashin! is it weird seeing yourself on camera when the camera's n the shot 2? #autoari

OMG! Can I just say I love it!!! I think the world understands it’s a show and sometimes it’s awkward to experience events and then remember there’s a camera crew documenting it. I love that Real World acknowledged this and had fun with it. Definitely inspired.

#autoari as per jenny's confession about not having had sex in a bear suit, where do you stand on having sex in animal-themed onesies

I feel some kinda way about sex in animal-themed onesies! I love that Cory and Jenny had some fun and just lived their lives, and weren’t afraid to get kinky. I mean, why not?!

It’s the most surreal experience EVER. It definitely was an emotional rollercoaster for me and everyone else, but I grew so much and I learned so much about myself. At the end of the day, I moved into the house to build an audience for my work, and it’s exciting to see it already start to happen.

It was SO INSANE. It’s funny because the first 24 hours were literally what you’d expect from being on a show like this: drunken fights, rando makeouts and life times 1000… All of this without anything except seven crazy people.

@itsarifitz is it possible to stay out of drama on the show? Just be an observer of the craziness? #autoari

Funniest thing is the easiest way to stay out of drama on the show is to not avoid it by being fake. I made damn good friends in the house because I was 100% Ari.

@itsarifitz #AutoAri how much did it take to hold back when you had fuckin hot oil thrown in your face?! Props girl.

Took a lot of patience, dear. A lot. Here’s the thing, at that point I felt sorry for Ashley and I knew it was just another ploy for attention. It wasn’t worth my time and honestly, I wanted to help her in the morning.

I’m not THAT nice.

Haha! See now that one I wanna save just so it’s more interesting to watch, but I’ll say it’s one of the prettiest girls I’ve ever met.

We are style twinsies and bring new swag to Real World, but you already know that.

I braid my hair every night and I do conditioner washes every two to three weeks. My conditioner is Seed by Akimi.

Ha sure! I need a mentee, but I gotta hear what you’re trying to do first.

How tall are you? #AutoAri

Three lines below my collarbone. I have a ton of shapes and lines everywhere, actually. Maybe you’ll see them when watching? For me, everything good in my life has happened in series of threes, so it’s an important number to me. Shapes and lines signify moving towards perfection.

Every week, Ari will pick her fave question out of the bunch and we will reward them with lavish prizes. This week’s winner, @bcraft21, will be getting “You Do You” stickers!