In a very Beyonce-like move, our very own Intern Grace (Grace Ellis) announced that she has been working on a secret upcoming comic book project co-created with A-Camper and all-around fantastic human Shannon Watters, written with Noelle Stevenson and drawn by Brooke Allen. The series is called Lumberjanes and brings together about five hundred of my favorite things into one amazing looking comic book. Basically, it’s a series about girls at camp fighting monsters, made by people involved with Autostraddle, Adventure Time comics and several other terrific comics and graphic novels. Lumberjanes is brought to us by Boom! Box, the new creator-owned imprint from Boom! Studios, the publishers who bring us books like Adventure Time and Bravest Warriors. It’s the second series announced by Boom! Box and is expected to debut in the spring. 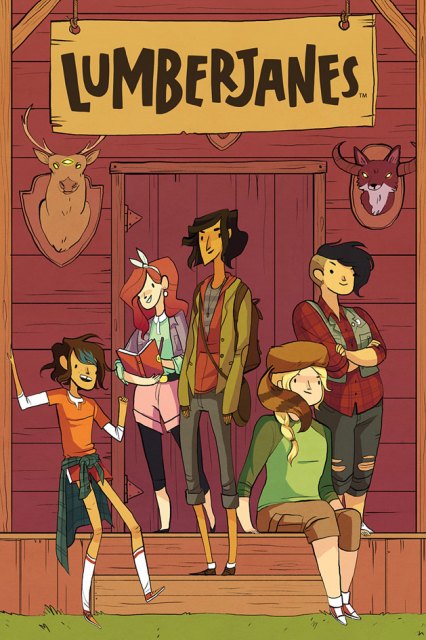 Lumberjanes is about a group of five girls, all of whom seem to have awesome outfits and haircuts, who are spending the summer at a scout camp. As the five friends (named Jo, April, Mal, Molly and Ripley) do their camp stuff, they learn that they also have to deal with the abundance of supernatural creatures that seem to be at the camp with them. This is pretty much my all-time favorite premise already. If that hasn’t hooked you in, the comic is described as “Buffy the Vampire Slayer meets Gravity Falls.” Seriously, how perfect does that sound? According to Grace, writing about a group of young female friends was a dream come true.

We wanted to do a comic about teenage girls whose friendship is the most important relationship in the story, so we built the premise around that. Sending the characters to a Lumberjanes scout camp was a pretty natural setting for the kind of story we wanted to tell, especially because we wanted the characters to be badasses. One of the first things we came up with was the camp motto, “friendship to the max,” which has kind of become the thesis for the series as a whole. The girls aren’t anywhere near perfect, but they’re doing their best to look out for each other, even when they stumble onto something that’s way bigger than they were prepared to handle. Also, I’m super psyched about being able to write an action/adventure mystery about teenage girls? Like, how rad is that?

Shannon Watters added that the idea of a group of girls with different personalities coming together as friends was extremely important to the idea of the comic.

Grace and I sat down and wrote dumb phrases in Google Docs for three pages until we nailed down an idea, and then we used the “Baby-sitters Club model,” which is important because it gives an array of friendships between a group of different girls that isn’t about rivalry or in-fighting. They are a team, and that team is friendship. 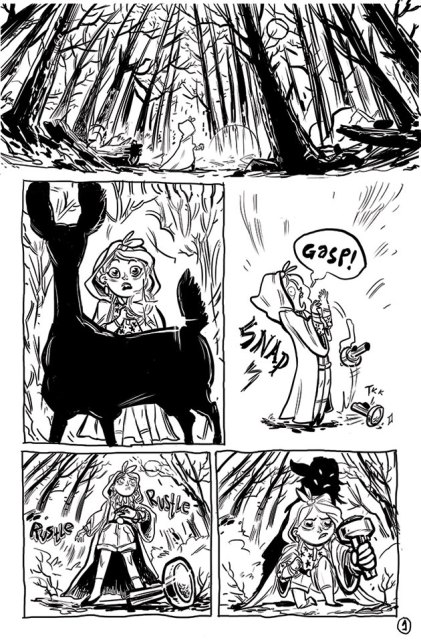 If some of the names of the creators seem a little familiar, that’s because they are. Grace, of course, works here at Autostraddle and was also a Calendar girl back in February. Stevenson is well-known for her comics on tumblr, including ones based around The Avengers, Fellowship of the Ring and X-Men: First Class, and also is responsible for the terrific webcomic Nimona. Watters is a senior editor at Boom! and you can check out Allen’s other work at her tumblr. The way Grace describes the group of creators, it really does seem like a dream team.

I feel comfortable saying that the way women are represented in the media is a topic that’s at the forefront of the entire creative team’s minds. I feel really lucky to work with such a remarkable group of women who are all incredibly smart and creative and who care about how this work will contribute to the cultural conversation about how women and girls are depicted. Also, everyone on the creative team has hair that swoops the same direction. So. We’ve really got something special, is what I’m saying.

Also, the creative team is mostly queer! Which is so great! We never even had to have a conversation about developing queer characters. We just did it. 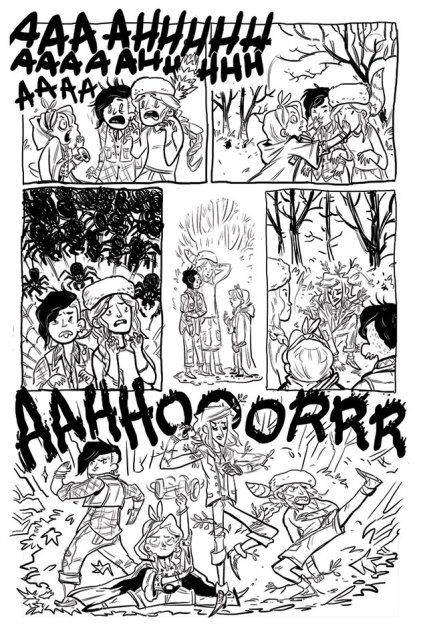 This comic seems so cool, and even if I didn’t personally know one of the creators, I would be ridiculously excited for it. If you like Autostraddle, camp, queer comic creators, monsters or girls (which should cover everyone reading this), I would definitely recommend checking out this series later in the year.