UPDATE: On Wednesday, Utah Governor Gary Herbert announced that the state will not recognize over 1,300 same-sex marriages that happened over the last two weeks.  Unfortunately, this law will remain in effect until the Supreme Court reaches a decision.

For over 900 same-sex couples who wed after U.S. District Judge Robert Shelby declared the ban on same-sex marriage unconstitutional, a peculiar legal game has dampened their wedding bliss. Responding to a petition brought to Justice Sonia Sotomayor, Supreme Court justices have since ordered a halt to same-sex marriages in the state of Utah. 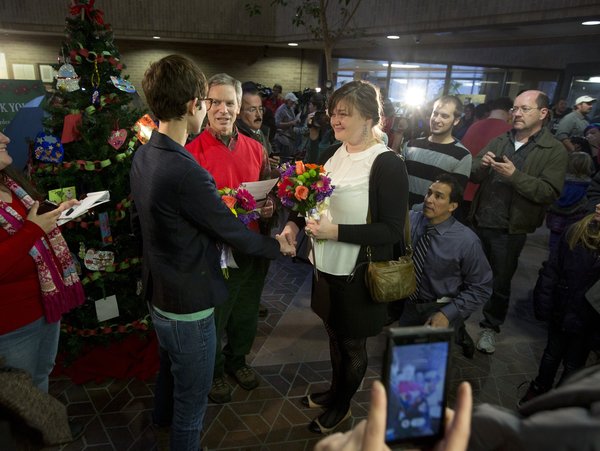 Within days of Judge Shelby’s December 20th ruling, the state of Utah made appeals to the federal judge and to the Tenth Circuit Court, which both denied the state’s request for a stay on same-sex marriages. When denied, the state brought its appeal to the Supreme Court, which has since suspended same-sex couples in Utah from wedding.

“A stay will eliminate the daily affront to the State and its citizens of being compelled by a single federal judge to solemnize marriages that strike at the heart of the State’s democratic process and of the conjugal view of marriage embraced by the vast majority of its people,” Monte Stewart, founder of the Marriage Law Foundation, insisted on behalf of the state.

Certainly this decision has disappointed, frustrated, and confused many Utahans who thought that Judge Shelby’s verdict provided them with a legal right previously denied. Additionally, although the Supreme Court’s stay on same-sex marriages in Utah currently prevents future marriages from taking place until the U.S. Court of Appeals for the Tenth Circuit resolves the petition, it also invalidates the marriage of couples wedded before the halt which was announced on Wednesday by Utah Governor Gary Herbert. This change may throw a wrench into a lot of LGBT folks’ hopes about marriage equality in the United States, but the Utah case (also known as Kitchen versus Herbert) actually offers the Supreme Court an opportunity to take a firm stance on the legality of same-sex marriage.

The Supreme Court struck down a part of the 1996 Defense of Marriage Act (DOMA) almost six months ago, an act that some have celebrated as a huge step towards legalizing gay marriage in the United States. While the Court’s decision definitely was significant, it only nullified Section Three of DOMA which limited federal benefits of marriage to heterosexual couples. Essentially, the repeal did not assert that same-sex couples should have the right to wed, but rather that if they are married they should have access to the same rights as heterosexual couples. 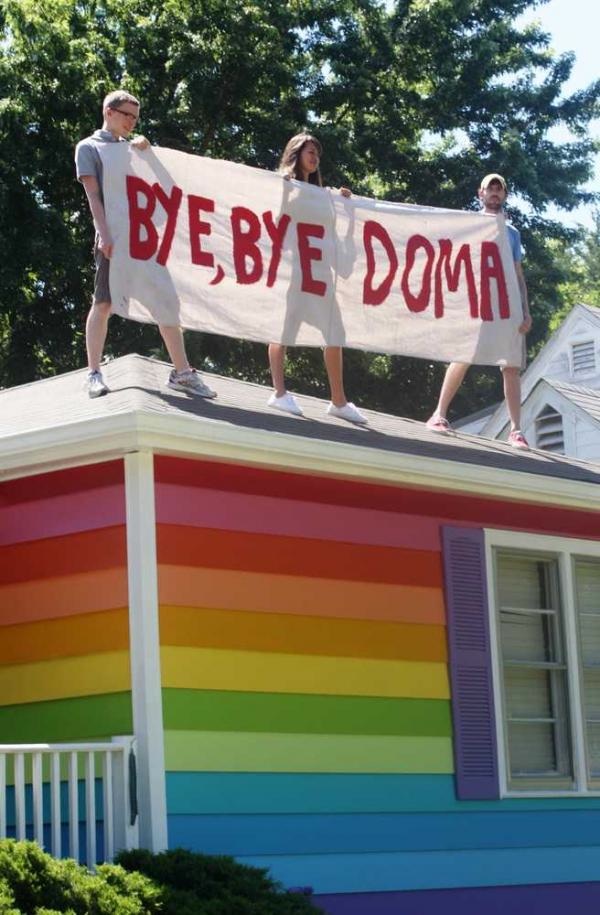 On the same day that the Supreme Court responded to DOMA, the Court chose not to respond to a case that brought California’s Prop 8 to attention. On June 26th, petitioners brought Prop 8 before the Supreme Court after lower courts had invalidated the law as unconstitutional. The Supreme Court decided that the petitioners did not have the legal standing to invoke the power of the federal court and thus dismissed the case. Instead of making a broader stance on the legality of same-sex marriage, the Supreme Court returned the issue back to its specific state — California (with respect to Prop 8).

Although it is unfortunate that so many couples and families have been negatively impacted by the halt on same-sex marriages in Utah, this appeal grants the Supreme Court a chance to recognize a constitutional right to same-sex marriages. What began as a question of state sovereignty may result in a moment where the Supreme Court can assert a view that same-sex couples do have a right to wed; it may also prove that the movement for marriage equality has a long ways to go if the Court sides with the state of Utah. This issue is specific to Utah but not limited to the state because LGBT folks throughout the country may be affected by whatever resolution this piece of legislation reaches. The appeals process is by no means quick nor easy, but let’s not count the Utah verdict as a loss just yet.