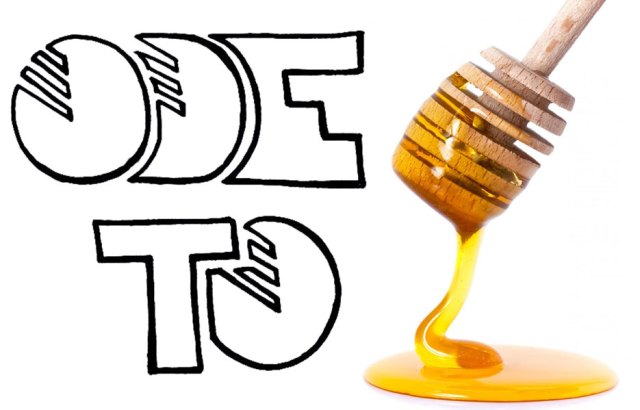 It was cold this weekend, like really cold. Like, I Wore A Toque To Bed cold. Like, Farenheit Almost Equaled Celsius cold. Like, I Haven’t Left the House So I’ve Caught Up On A Disturbing Amount of Sherlock, Downton Abbey and Foyle’s War cold. Which means now I’m only good at two things: complaining and drinking copious amounts of sweetened tea.

Maybe it’s the inevitable flu season that dictates my choices, but sugar cubes take a backseat to honey when the mercury drops. It’s thick, it’s dense and it’s one of the things that’ll stop me from complaining when my throat seizes up and decides to divorce itself from my body. But if you’re anything like me and haven’t reached for the honey pot for a while, your pantry pal might have undergone a bit of a makeunder. If it’s looking a bit calcified and crunchy instead of light and luscious, it’s easy to blame Jack Frost for the snowflake patterns. But even though he’s a bit of a dick, he isn’t your culprit! It also wasn’t Winnie the Pooh wreaking havoc in your squeezy bear! 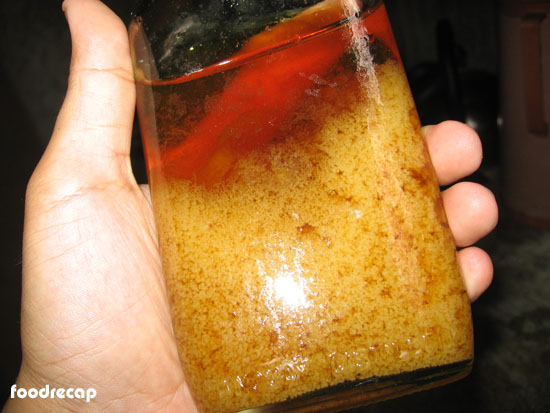 Now that the Empty Hearse has aired, this is the real mystery via foodrecap

Even though every Buzzfeedesque food fact article will tell you that OMIGOD HONEY LASTS FOREVER, LIKE EVERTY EVER, it doesn’t mean your squeezy bear will always pour perfectly. Sure, the sugar concentration, acidity and low levels of hydrogen peroxide will keep the nasties at bay, but the conditions that allow for a 5000 year vintage are quite a bit different than the ones in the cupboard above your fridge. One major reason that honey stayed happy and healthy was that it was sealed off from the world! If you can commit to never enjoying a peanut butter and honey sandwich again so explorers in the next millenium have something to write about, by all means leave your jar unopened. But while you’re packing your time capsule I’m going to have my honey and eat it too.

Honey is a super-saturated sugary solution much like our other sticky, syrup sweeteners. And just like its pantry cousin maple syrup, everything’s well and good until our ol’ friend, Crystal Lization crashes the party. Given that the concentration of sugars is so high, it doesn’t take a lot to imbalance the  glucose/fructose/water system and cause a few sweet swimmers to get out of the pool. In the same way one person yelling SHARK! causes everyone to run out of the water, all you need is a fleck of dust, piece of pollen, chunk of sugar or tiny imperfection to get your sugar to come out of solution. It starts off slow but quickly snowballs until your fair trade organic honey is just a sandy chunk of its former self. We just gotta employ enough lifeguards to keep our sugary swimmers happy.

If anyone wants to buy me everything from BeeRaw I’d probably accept it.

Anything That Isn’t Honey Goes

Most store-bought bought honey gets TSA-level screening to ensure there’s nothing to hijack your honey. Pasteurization is a familiar food process that zaps microbes into submission, but it isn’t the only line of defence. Filtration gets rid of any errant pollen, dust or bee bits that could be lurking in the golden elixir. In addition to making it more marketable (Honey, Now without Hunks of Dead Bug!) this process rids the honey of any of those pesky seed crystals, ensuring everything stays liquid between the hive, the plant, the grocer and your shelf.

While this might be great for blended honeys, some beekeepers aren’t willing to get rid of everything. Organic manufacturers can’t use diatomaceous earth to ultrafilter their honey. Raw honey advocates want to keep some of that local pollen in the mix since it might act as a sort of vaccine for seasonal allergies. So your wildflower or clover or goldenrod honey might look great at the farmer’s market, but after a while it’s going to start hardening. What can you do at home?

Everyone Loves a Hot Tub 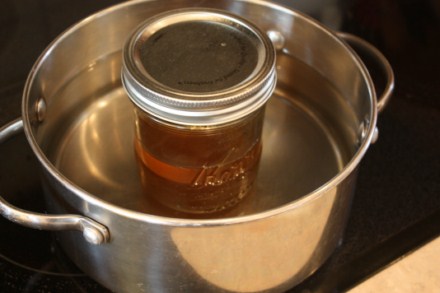 I wish I had a hot tub right now via Lynn

No matter how solid your sweet stash has gotten, you can always convince your sugar crystals to go back into solution. Part of the reason why they left the water was that it got too cold for them. Just crank up the heat (by say, boiling your honey jar in a water bath to raise the saturation point and allow it to hold onto more dissolved sugars), give it a swirl and after a few minutes, all of your glucose crystals will put on their swim trunks and head back into the pool. But this renewal won’t last forever since, even as your honey’s cooling, a few sugar crystals are having second thoughts. But don’t worry! Since there aren’t any formed crystals to hang onto to get out of the pool, it’ll take a long time for your honey to turn sandy. Keep it in your warmest cupboard (definitely not your fridge!) and you won’t have to take too many baths.

Given that sugar crystals are inevitable, should we just give up now? The problem with gigantor crystals is that they’re hard, dry and so unpleasant that you might as well be spreading a giant sugar cube on your toast. But when they crystals are fine and plentiful enough, granular doesn’t feel so gritty. What if we were to raise the white flag to our incoming crystal invaders, but ensured they never overpowered the honey jar? Instead of accepting One Giant Sugar Overlord and trying to keep it at bay, what if we were to accept thousands of sugar overlords and let them battle each other for resources! 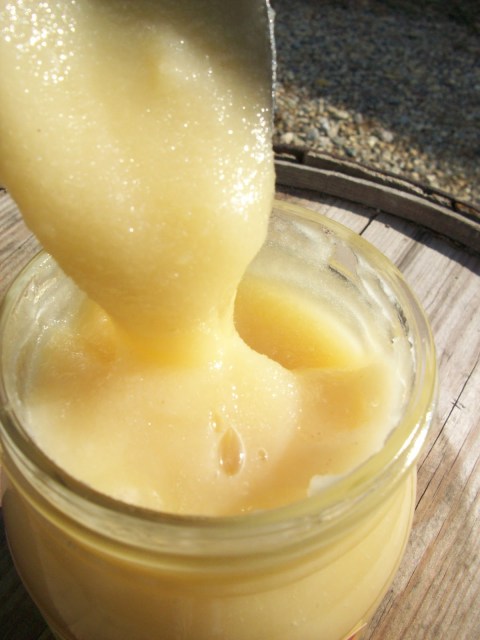 Whip it via Honeyrun Fams

With creamed honey, good ol’ liquid honey is allowed to crystallize in a controlled environment. Instead of being a race with a clear victor, hundreds of thousands of seed crystals are introduced into the mix and the wait for the inevitable crystallization begins. Each seed will start drawing upon sugar in its immediate surroundings, but since there are so many of them, their growth (and their neighbours’ growth) is nice and slow. By the end, instead of a solidified jar, you have a bunch of teensy crystals to keep everything smooth and spreadable!

So if you’re losing your battle with your bear, boil your honey to get rid of any existing crystals, add your own seeds (via store bought creamed honey) and whip it good. In a few days you’ll have a sweet, stress-free spread. Forget snowflakes this winter, when I’m pouring my tea, these are the type of crystals I can get behind.