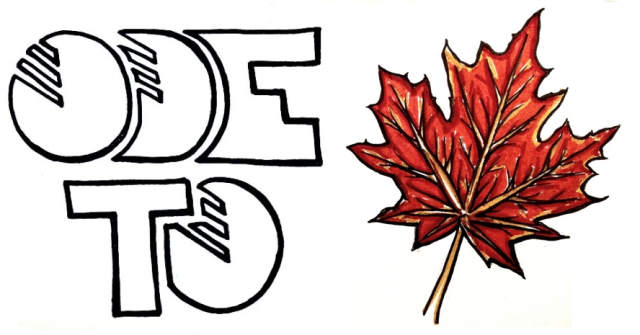 IT’S SUGAR SHACK SEASON! I just came back from a cabane à sucre where I gorged on crêpes, saucisses, omelettes and pouding chômeur drowned in the brown stuff. As I write this I am quite likely slumped over my desk waiting for the maple sugar to work its way out of my system. If I don’t survive this sugar hangover, I want my family, my girlfriend and my cacti to know I loved them.

Even though the Bank of Canada believes that anything can be maple, there is only one that matters: Acer saccharum, the Sugar Maple. The tree gets its name by being the sweetest tree in the maple forest, making it the golden child for us syrup suckers. Red or Black Maple sap can be converted into pancake dressing, but their low sugar content makes an already laborious process even more annoying. And don’t even touch decorative maples, their milky sap is crap!

During the autumn, wiley plants store all of their precious photosynthesis-derived sugars deep in their roots as if they were 20 foot tall squirrels. This secret snack stash sees them through the start of spring, supplying sustenance until they sprout. The maple run is dependant on two things: warm days and subzero nights. The cells wake up when it’s warm enough, eating their squirreled away snacks and emitting shittons CO2. Much like disgusting college students woken up from a deep slumber, they throw their waste everywhere, causing a building up of gases in the surrounding sapwood. All you need to do is to hammer a spigot into the sapwood to release the pressure and some of that precious sap! Throw down a bucket or an elaborate vacuum pump system and it’s maple time!

At night when it’s back to freezing, the CO2 contracts and the water in the sap freezes, creating suction at the roots. The roots will drink up extra water, replenishing the lost sap and the entire process starts anew! But if it’s too warm to freeze, the suction cycle stops and the maple run will be cut short. Last year’s über fast defrost meant the normal six week collecting season was slashed to two for some regions. Not only were the volumes deplorable, but the quality took a beating too! So if you laughed at the Maple Syrup Heist of 2012, NO SYRUP FOR YOU.

If you did manage to collect a shitton of maple sap, what do you do? Pour it on your pancakes? You could, but you would just have a soggy pancake. Even though maple syrup comes from this “sugary” sap, it only has a scant sugar content of 2-5%.

Maple sap’s nickname is maple water for a reason. Keep in mind this is the sugar content of actual juice, not your newfangled fruit cocktail.

Do you wanna cash in on all of the free sugar water out there? Get your stove ready! It generally takes about 40 parts of maple water to produce one part of syrup, but not all sap is created equal. Jones’ Rule of 86 says if you divide 86 by the sap’s sugar content, you will know exactly how many gallons you need to boil. Most North American brown sugar water only earns the moniker Maple Syrup when it reaches a sugar content of 66% while Vermont and New Hampshire wait for 66.9%. Even though the concentration seems arbitrary, anything lower risks spoilage and anything higher risks crystallization. Play free and easy if you’re making your own, but just remember that if you actually sell brown sugar water, you’re likely to serve up sad pancakes with a side of $10,000 fine.

At its surface, boiling just seems like the easiest way to concentrate the syrup, but it’s actually responsible for a lot of the colour and flavour. In my favourite dance move (the Maillard Reaction), glucose and fructose join a Tegan and Sara-fueled slamdance, ricocheting and colliding with errant amino acids in the watery mix. Once these reducing sugars find an amino acid partner, they get all of sorts of intimate and inappropriate on the dance floor, producing new flavour and colour compounds. The more sugar dance partners available, the darker and more flavourful your syrup will be! Even though maple water contains a shitton of sucrose, it’s just too big to cut a rug! It needs be broken down into the reducing sugars before it can let loose, but luckily that wingman was already invited to the party.

Even though it flows fresh and clear, maple sap brings some bacterial buddies along for the ride. This may make you shudder but those little microbes are little martyrs, creating a bit of a basic brew and splitting the sucrose into workable pieces before they’re nuked in the boiler. Give bacteria enough time and they’ll free enough reducing sugar dance partners for some serious maple flavour and colour. But non breakfast table-friendly flavours will take over if bacteria start fermenting instead. Bacteria can be kept at bay by cleaning the collection equipment and boiling the brew ASAP.

Good thing the ability to draw a Canadian flag isn’t a citizenship requirement.

When it comes to grading your sweet syrup, everyone has a different system. Canada (red) likes numbers and the USDA (black) prefers alphabetical grades whereas Vermont (brackets) is a special little flower that gets its own system. In a similar vein to tequila, don’t be fooled by what marketers tell you. Even though N0.1/Fancy/Grade A Light Amber gets all of the accolades, it’s not the one that lives in my fridge. If you aren’t a fan of maple, yet were somehow scammed into eating it, reach for the lighter grades. But, grab the dark stuff if maple syrup warms your heart and soul. These syrups come have a richer maple/caramel flavour and are viscous enough to stay on your pancake for a few extra seconds. As a bonus, they tend to be a bit cheaper than the rarer Grade As, making economic and gastronomic sense.

Even though maple syrup’s high sugar content would make you think it’s a bacterial and fungal wasteland, think again! Does it go bad? Slowly but surely. Store your syrup in a resealable jar (I’m a fan of a sanitized toggle beer bottle) and shove that sucker in the fridge. If you see a bunch of sugar crystals forming, put the entire thing into a hot water bath until the crystals melt. If you happen to see a mold raft forming, gently skim it off or strain the entire mess through cheese cloth or panty hose.

If you hoarded enough of the good stuff to survive the next maple drought, show off your syrup! Pour it on your pancakes! Flavour your fowl! Perk up your pommes! Turn on your tempeh! Dress up your dessert! Or just get fucking drunk with it. Since I probably drank a gallon, I won’t be able to tolerate much more this month but you can tell me how you like it.