As a team, we’ve been extra excited about the GLAAD Media Awards this year because for the first time ever, Autostraddle dot com is nominated! However, my own personal excitement about the award shows went through the roof when Laneia emailed me and inquired if I would like to attend the NYC show to photograph our very own lovely Lizz interviewing celebs on the red carpet. Would I like to do that? Hello, did Tumblr crash when Quintana finally happened? Which is to say yes, yes I would like that very much.

So Lizz traveled all the way from Med School Land to my humble abode in Brooklyn, and on Saturday afternoon we trekked off on our journey to find Madonna, befriend power lesbians and bring you the best and the brightest coverage from one of three shows GLAAD puts on to celebrate the year in LGBT media. Are you ready for this? Cuz we sure weren’t! 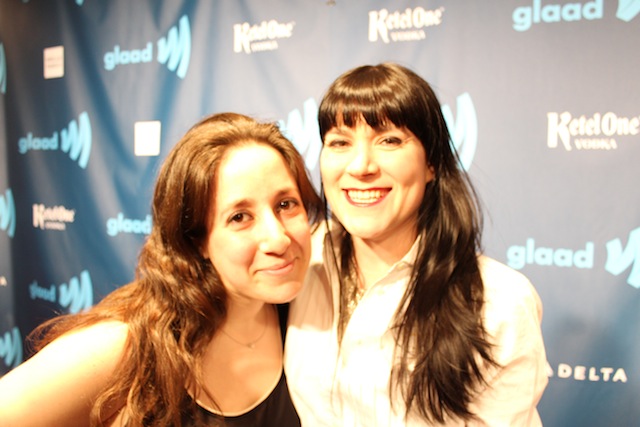 we were really really excited and also totally petrified

Neither Lizz nor I had ever attended an awards show before, so we had no idea what to expect. We learned lots of things over the course of the night: If you act like you know what you’re doing people will believe you (and will let you check your coat in the fancy coat room that may or may not have been legit for us to use), a lot of people on the GLAAD staff read Autostraddle, and even at LGBT events, The Patriarchy can totally still plague you in the form of random white dudes who will take up space and try to steal your interviews. Life is so educational! Anyhow, the 2013 NYC GLAAD Media Awards were really fun, and we felt super honored to attend and get the chance to chat with a lot of really influential humans in the LGBT community and media world. Mr. Anderson Silver Fox Cooper didn’t grant interviews and Madonna didn’t even show up on the red carpet, but we did get to chat with a lot of really badass humans, and we took photos with a bunch of them too!

First we spoke with Jennifer Tyrrell, the lesbian mom who started a petition after being removed from her role as a Boy Scouts troop leader because of the BSA’s ban on homosexuals. We spoke with Tyrrell last summer and she was really sincere and inspiring, so we were psyched to get a chance to catch up with her almost a year later, as the BSA still hasn’t come to a satisfying decision. We complimented her snazzy rainbow tie and her sons’ adorable bowties (they were supposed to wear matching rainbow ties too, but the ones Tyrrell ordered never arrived in the mail!) then asked her what she thinks the future looks like for the Boy Scouts of America.

It’s so hard to predict because the BSA has been an institution in America for 100 years and unfortunately it has been run by good old boy type attitudes…I’ve been heartbroken so many times by their constant upset. I’m going to assume that if they don’t make the right decision in May, there are going to be a lot of upset people. I really think it’s going to be chaos for them. We’re going to keep working, I’m not going anywhere until everyone is accepted…I don’t want any kid to go through what Cruz has been through, so that’s whats gotta be done. Truthfully, I think you can’t train the leaders of our future with values and bigotry from a 100 years ago. It just doesn’t work. 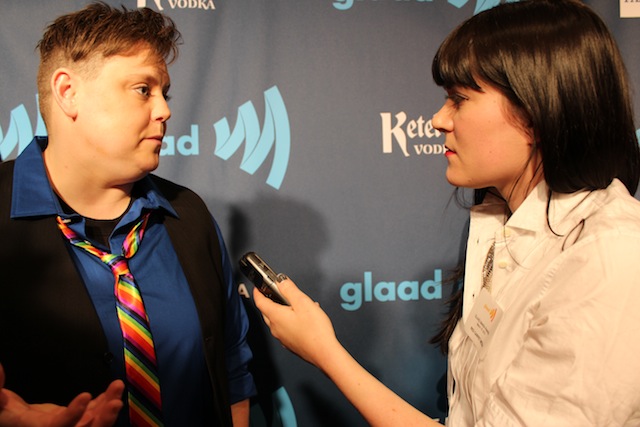 Then we found Wilson Cruz, aka Rickie from My So-Called Life, and he totally referred to us as “his girls.” Yes, we did die of excitement, obviously. 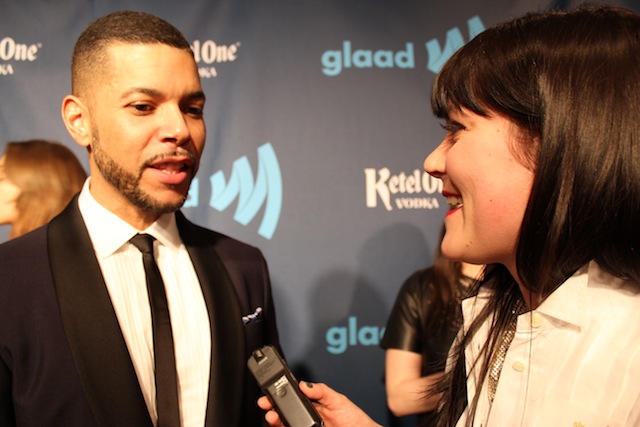 so like what is angela chase up to these days, just wondering?
copyright vanessa friedman

Cruz shared his “stuff I’m excited about tonight” list with us and it included Madonna and Anderson Cooper tied in first place, with a performance by Jake Spears of the Scissor Sisters and meeting Melissa Harris-Perry coming in a close second. He admitted he’s “obsessed” with MHP and we agreed, then Lizz requested that he ask someone if Rachel Maddow and Melissa Harris-Perry could have hour long shows back to back on teevee because that would be a dreamworld. Cruz promised he’d ask MHP about is ASAP. Cruz also has a new movie coming out, Meth Head, that is currently making the rounds at festivals. We asked why he feels it’s an important movie for the LGBTQ community.

Meth Head stars Lukas Haas, and I play his very long-suffering partner as he goes through a pretty traumatic meth addiction. I think Meth Head is important because we have a really huge problem in the LGBT community in regards to meth, and this film is really an opportunity to have a conversation about it and how horrible a drug it is, and not just horrible for the person who has the addiction, but for the people it affects around that person. That’s why it’s important to me.

And also what it was like preparing for his role in the film:

Preparing for the film, I was reliving an emotional process. I actually dated someone who had a meth addiction, so I walked through a personal experience in a cathartic way… it was very much like my experience preparing for My So-Called Life.

I let out an audible squeal when Jazz and her family walked down the carpet — in case you don’t know, Jazz is a 12-year-old trans* girl, and honorary co-founder of the Transkids Purple Rainbow Foundation (her parents are the founders), the youngest person ever to be recognized in The Advocate’s “Top Forty Under 40” annual list, and the star of OWN’s I Am Jazz: A Family in Transition. Jazz was so sweet and wise, and while 12-year-old-me would’ve completely freaked out under the bright lights and pushy reporters, Jazz was calm and composed, telling us about her dress (“It’s actually a tutu and then a little tube top, it’s from this store called Teen Angel,”) and admitting to be just as excited as I was about the Jersey Shore cast members present at the event (we’ll get to Snooki and JWoww in a moment). 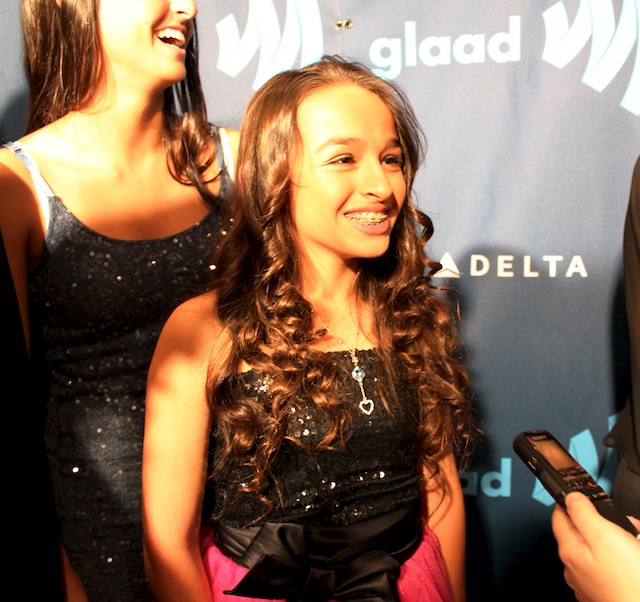 We asked Jazz how it felt to be a role model to so many humans at such a young age — “To me, the age doesn’t matter, just how you feel inside,” — and if she enjoys big media events like the GLAAD awards — “It’s overwhelming, but a lot of fun too. I like taking pictures, so.” Jazz’s family walked the red carpet with her, and we asked her mom, Jeanette, what advice she would give to parents’ of trans* kids. “They need to remember unconditional love is the most important thing. They need to check their egos at the door and put their child first.”