You may think this recipe is simple and I am a lazy cook and although both statements are true, don’t judge me without first considering the apple’s place as an iconic cultural fruit in lesbian and feminist herstories. The first recording of the apple as instigator of female rebellion dates back to biblical times in Genesis when Eve was prompted by the apple to question authority and think for herself.

As an iconic token of the love between women, the apple deserves to be celebrated in all the lesbian herstory archives. Many a young student has expressed her same-sex affections with the simple act of placing an apple on her beloved teacher’s desk.

When the tomato was outlawed in New France because colonial governments feared its shape and colour inspired “impure” thoughts in the settlers, the apple was forced to go undercover in order to hide its controversial past. Though it managed to emerge unharmed from this dark time in fruit and vegetable history, its safety has come at a price: many now see it as only a simple fruit. People have been known to utter such apple-dismissive remarks as I only grabbed an apple. Didn’t have time for anything else and Just an apple. These statements are anything but just to the apple. Therefore, this recipe is about more than satisfying your taste buds. It’s about reclaiming the apple as a les(bi)an and feminist fruit icon and remembering its rightful place in the herstories of rebellious women and the kind they like to autostraddle. 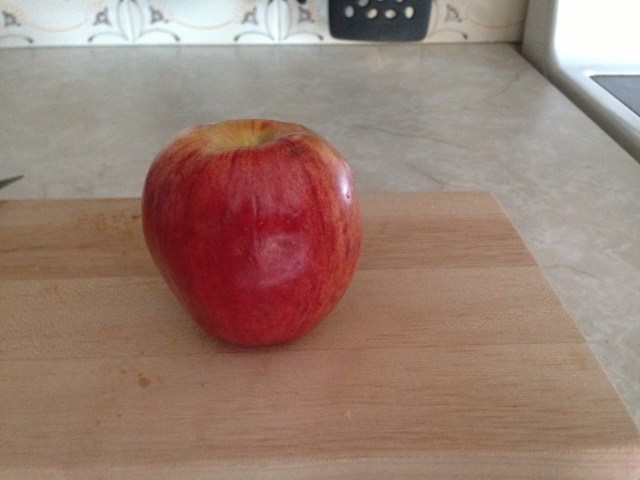 2. Use an apple corer or a sharp knife to cut out the core of the apple, but don’t cut down all the way to the bottom. Make sure to remove all the seeds. 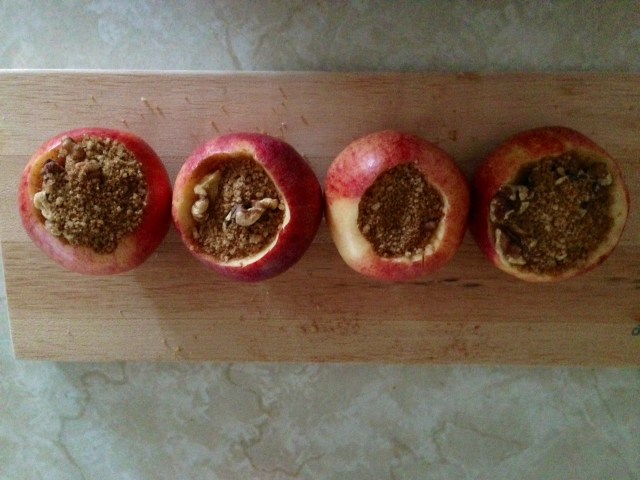 4. Drizzle with maple syrup and melted butter ( a tablespoon of each for one apple). 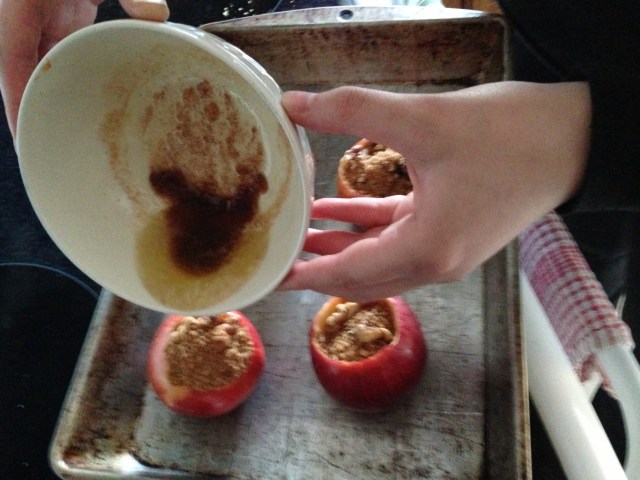 If you don’t have maple syrup, drizzle with sugar and melted butter.

5. Place apples in half an inch of juice. Apple juice is good, but you can use whatever you have on hand. If you’re a big fan of cinnamon, mix the juice with a sprinkle of cinnamon. 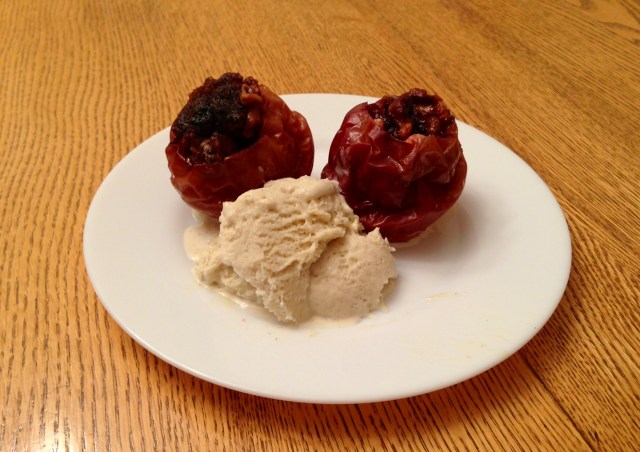 Finished product: slightly burned (and therefore wrinkly) baked apples. Remember to check on your apples while they bake!

Join A+!
Related:dessertget baked with autostraddle