In case you haven’t heard, the Northeast U.S. is currently being buried under a giant snowy blanket. The Weather Channel is calling it “Winter Storm Hercules,” because they are very effective at using scare tactics to draw in readers. Their competitors are annoyed. 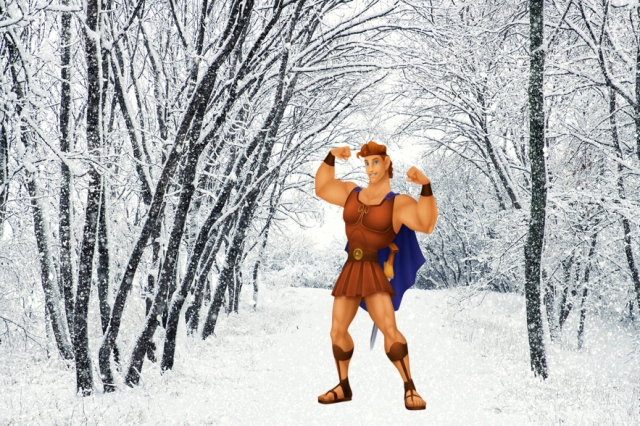 Hercules has a sword and cape, and therefore, needs no winter gear. via shutterstock.com and Wikia

I’m visiting Boston, snowed in with some of my best friends, who have been sent home early from work. My fingers are so cold it’s hard to type, and I’m wearing two sweaters.

But the snow doesn’t have to be all scary Weather Channel headlines and icicle fingers. Snow should be about snow days and no work and snowpeople and snowanimals and igloos. Before the temperature dropped to 9 degrees, I went out to collect snow for desserts.

There’s the classic way to make your own ice cream using the plastic bag in ice method, and you can substitute the ice that doesn’t get eaten with snow that doesn’t get eaten. That’s not what we’re about today. I always loved eating the snow as a kid, so today, we’re going to eat the snow, and I will provide some guidance for how to make it tasty. 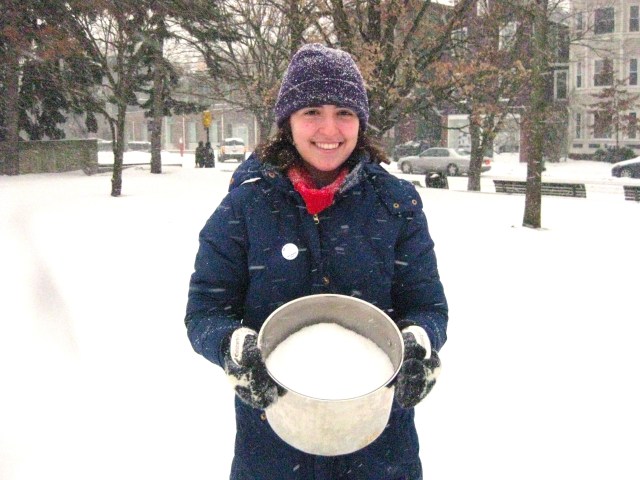 No matter where you’re collecting snow from, make sure you collect it from a clean patch of that has not yet been subject to snowplows or the feet of children, adults, dogs, cats, deer, squirrels, moose or other peeing and stomping creatures. I trekked out to the park down the street to collect this pot of snow then came back to the apartment and decided that, despite the pristine snowscape of the park, too many dogs poop there on the regular. I ditched that pot, and collected some off the porch. Less romantic, probably cleaner. If you have a quiet and uninterrupted location, you can leave a bowl outside to collect the snow, which might also be helpful in preventing contamination.

Store your snow outside or in the freezer and proceed to step two. 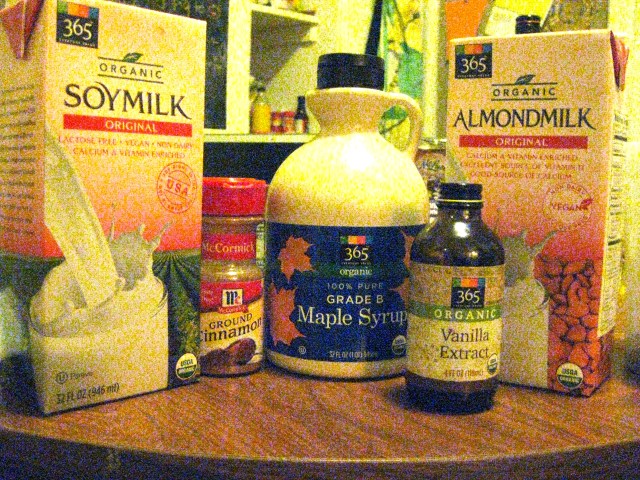 Mix up your milks!

But improvise! Try different kinds of milk, vegan or otherwise, and add different flavors. Coffee might be a good addition, and fruit syrups could contribute to a snow cone situation.

Step 3: Put it All Together

The internet has a lot of advice on this. I read a few things and then mostly made my own way.

Mix snow, almond milk, vanilla, and maple syrup until it looks and tastes like ice cream. 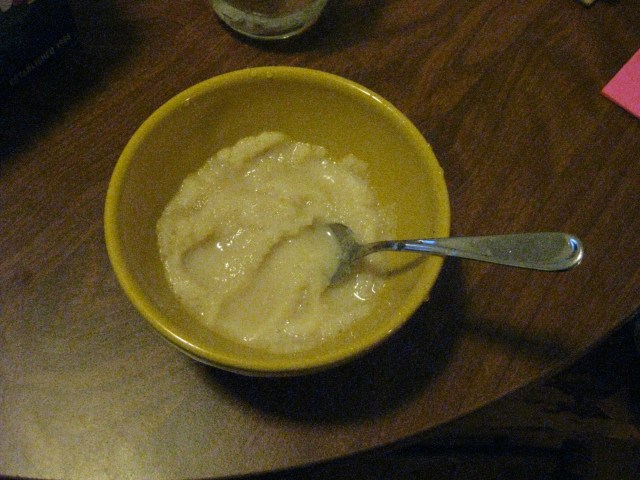 This is definitely just as good as vegan ice cream you buy for $5 a pint.

I had a Little House on the Prairie picture book about what they did at Christmastime in the little house in the Big Woods. They made maple candy on the snow. I set out to do that. I packed snow into a baking dish, stored it in the freezer, and then boiled maple syrup: 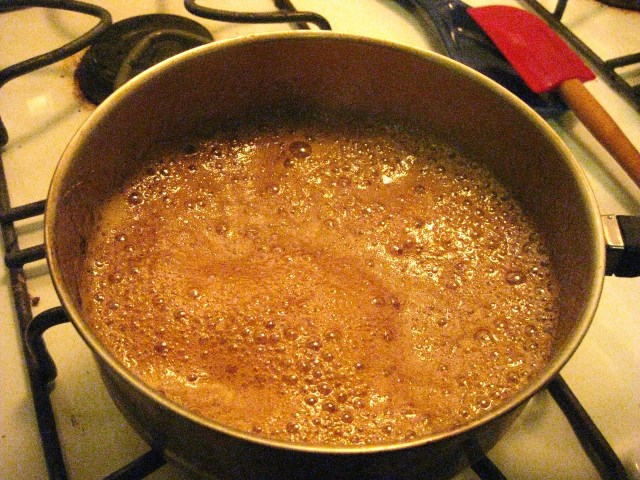 And then I drizzled it over the snow, to cool it quickly and have it solidify into the candies…

…and it just melted. 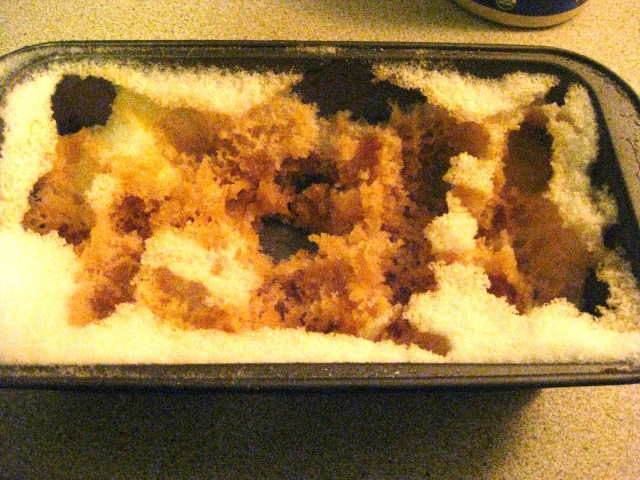 Laura Ingalls Wilder never wrote about Ma messing this up, but I bet she did at some point.

I’m not sure what exactly went wrong – either it wasn’t cold enough, or the snow was too fluffy. Now we have a pan of maple snow. Over at the Kitchn, Faith Durand made Little House in the Big Woods-inspired maple taffy successfully.

I mixed soy milk and vanilla into the failed maple taffy pan to make more snow cream. It worked out. 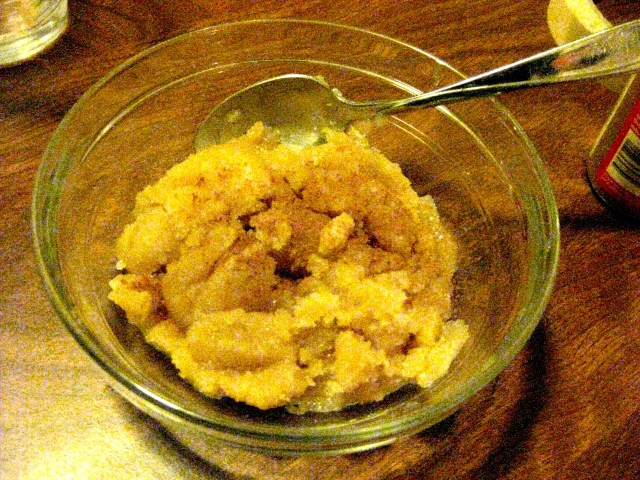 I dusted the top with cinnamon.

What kind of snow are you eating today?