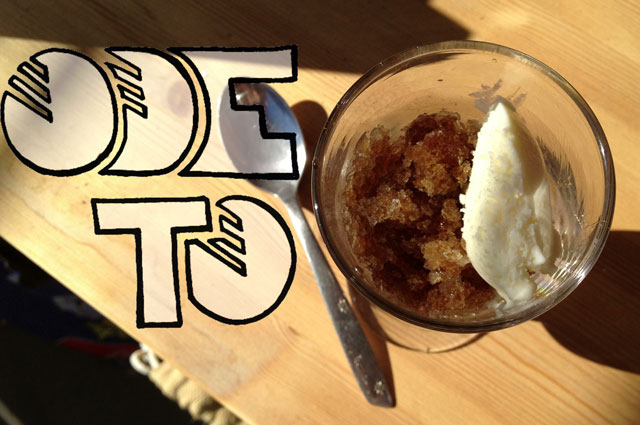 It hit 33 degrees (celsius) this weekend and I think I’m going to melt! One day I’ll get used to the heat, but until then I’ll just constantly complain about the various ways I’ve learned I sweat. As city after city, county after county experience a heat wave in their own Climate Change Induced Way, everyone has a different tip to beat the heat. Make your own swamp cooler! Near constant spray bottle fights (my personal Protip)! Wear loose fitting clothing! Get inside! And in the words of my SS Sparkle Motion Rainbow Alliance Co-captain, “Stay hydrated!”

You can go the non-alcoholic cocktail route to keep your mouth moist, or you could look to your chill chest for something more refreshing. If your ice cream maker’s in the shop, you’ve grown sick of cutting the corners of your mouth with Freezies and for some unfathomable reason your roomies aren’t keen on feeding you frozen grapes on an hourly basis, you can bring the cool. All you have to do is own a freezer. 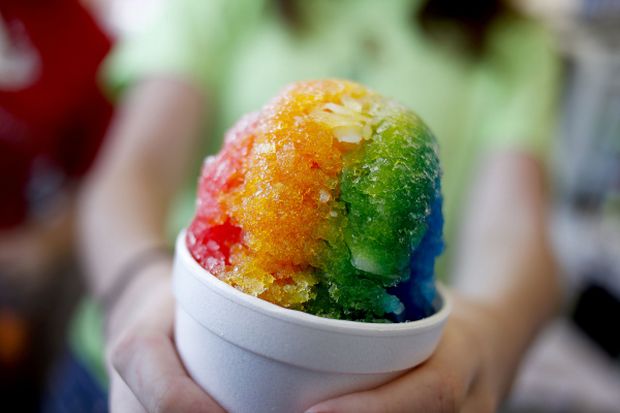 Get in my Belly via Dallas News

Even though we call them frozen desserts, ices, ice creams, sorbets and granitas don’t exactly fit the classification. They seem relatively solid, but you’re actually eating a bunch of ice crystals swimming in a sea of antifreeze! While automobiles rely on ethylene glycol to keep their ice crystals in check, we’ll rely on sugar (and sometimes alcohol) to keep our desserts scoopable. When frozen desserts start to chill, ice crystals form, pulling water out of solution and causing the surrounding solution to become more concentrated. If this were any other solution it may not matter, but sugar’s a special player. Its hygroscopic nature means it likes to keep water friends around, so it’s not going to stand by the sidelines while all of its friends pack up and leave. As the freezing continues sugar’ll eventually stand its ground and prevent the remaining water from solidifying. While this might seem mean, sugar’s selfish behaviour keeps you from chipping your tooth on your ice cream cone.

Granitas are flavoured, dairy-free ices that satiate your cold cravings and require little more than hand-eye coordination. In the web of frozen dessert type products, granitas lie somewhere between snocones and sorbet. Their coarse texture is akin to shaved ice, but you’re freezing a liquid instead of chipping at an arctic brick. And unlike sorbets, you can just arm yourself with a fork, freezer and a pan instead of an ice cream maker. Every fork scrape will break up the ice crystals, resulting in a smoother texture (think creamed honey vs. accidentally crystallized honey), so just be sure to chip and chip often.. You can choose to go the summery route with either lemon or mojito, but I’m partial to espresso myself. Citrus is a great pick-me-up, but I love anything that keeps me from pouring out my excess coffee and/or using up the rest of my hastily-bought Disaronno. 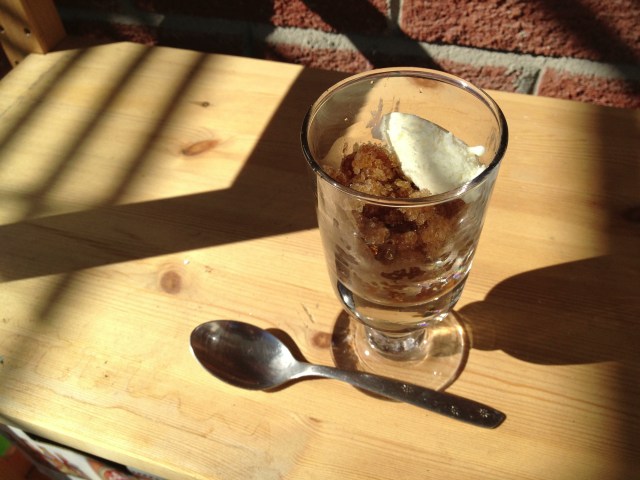 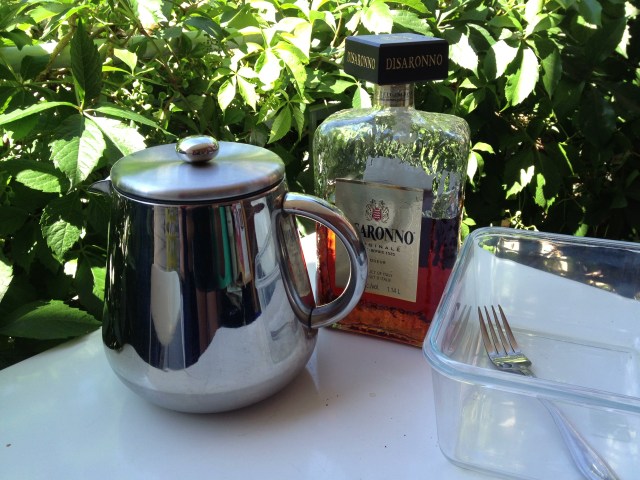 This dessert is so simple, I’m semi-bewildered as I try to explain the steps. Dissolve your sugar and liqueur in the coffee before parking it all into the fridge to cool. Once it’s come down to temperature, pour it into a wide freezer-safe pan (I’m partial to Glasslocks since they’re covered) and let it chill for an hour. 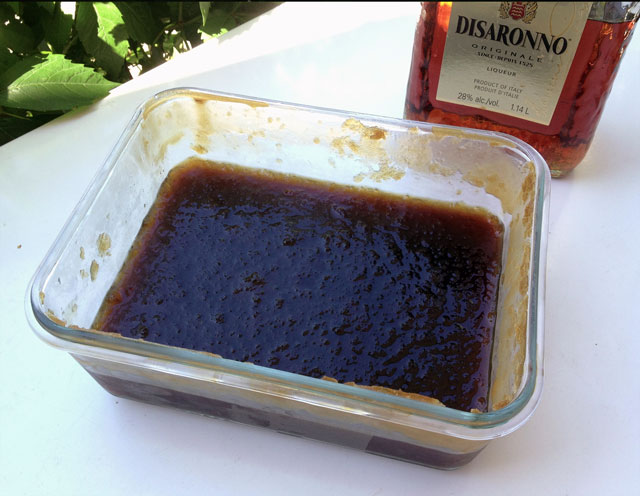 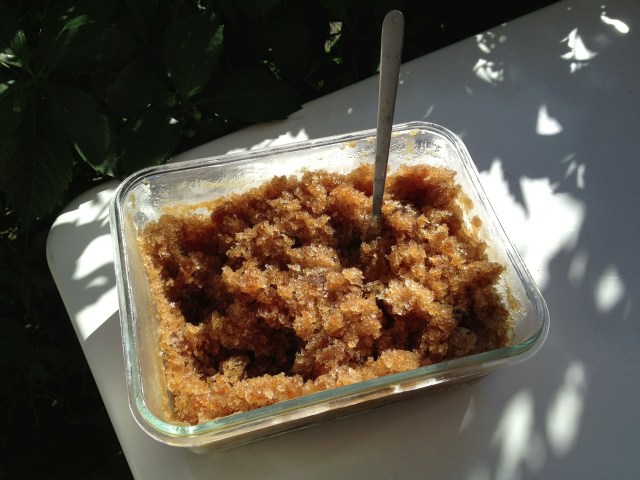 Once you’ve eaten enough to bring your internal temperature down to something bearable, cover your granita remnants and stash it in your chill chest. It’ll keep for a few days, but the texture will degrade with every temperature change. Given that you created a bunch of baby ice crystals instead of gigantor icicles, each trip outside of your ice box will cause a few to melt and dilute the antifreeze syrup. Since you aren’t actively breaking down your crystals, the dilute syrup will freeze, becoming chunkier and chunkier with time. Eventually you’ll have a rock solid ice brick. You can mitigate this problem by scraping the granita before returning it to your freezer and shoving it back in ASAP. Or you know, just eat it faster so you can survive the summer.