Hey, what’s up. Can someone get me a coffee. Thanks, love you! Here’s what happened this week:

In film, Pariah is getting good reviews all around and Autostraddle had the exclusive premiere of “Sara”, which has nothing to do with Sara Quin, but is fantastic, nonetheless. conservatives hate Skins for the 875 reasons that we like it and one of those is Tea, the lesbian. BCW recapped the State of the Union address and Something might be happening with healthcare in the U.S. but we don’t know what it is yet. Julie and Brandy went to the Michigan Womyn’s Music Festival ages ago and have found the lost footage, Get Baked is making soup, and nothing from Walgreen’s works, ever.

On “Brittana Is On. Brittana Was Always On.”: 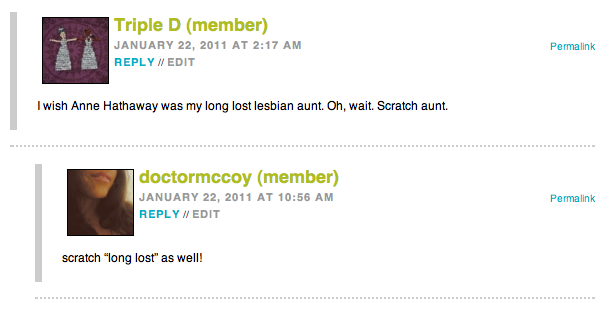 The Life Story Award to novastar:
I love Amanda Palmer. I really want her and Neil Gaiman to adopt me. Sadly, I probably wouldn’t be able to last very long before going all Oedipus up in there what with the murdering Neil / marrying Amanda.
But then I would feel bad and have to gouge out my eyes to deal. And even if I learned braille, there would be no new Neil Gaiman books, so really why even bother.

On Surprise! Conservatives Freaking Out About “Skins”, Sex, Drugs (UPDATED): 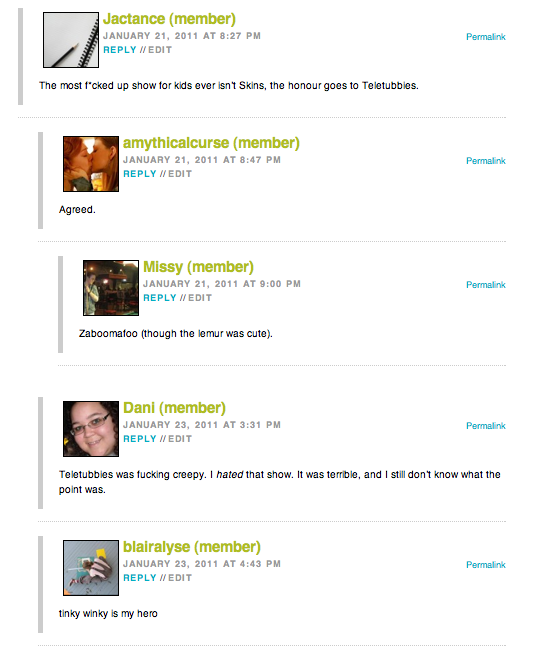 The Eggo My Leggo Award to e:
i skipped church for ihop. so many old people. so many pancakes.

The Life Imitates Art Award to Diver:
Hehe. There’s no movie theatre in my town either, though residents can simply look around them to see douchebags, car explosions, and skinny white girls.

On I Don’t Know If You’ve Heard, But There’s Lesbian Sex In Skins USA: 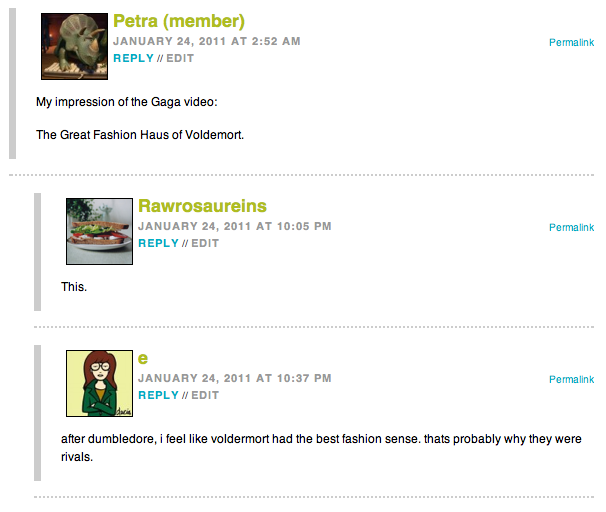 On VIDEO! Julie & Brandy At The Michigan Womyn’s Music Festival: The Lost Footage:

On I Sold My Arms and Legs to Walgreens and All I Got Was This Stupid Hair Serum:

The Sometimes I Am 5 Years Old Award to Petra:
Cocoa butter sticks are better than chapstick, except once I got bored and ate half of it because it smelled like chocolate

The Cure Award to goetka02:
You know what works? Autostraddle does.
I felt like crap, read Autostraddle, and POOF!
Happy feelings and rainbows.
End of story, bitches.

On Riese’s Team Pick: The United States of Shame:

On Greenblatt Leaves Showtime, Joins NBC, Brings Lesbians With Him:

The Fertility Award to ellie.b:
all lesbians do is get pregnant. its all we do. ever.

On Get Baked With Autostraddle: Soup Edition: 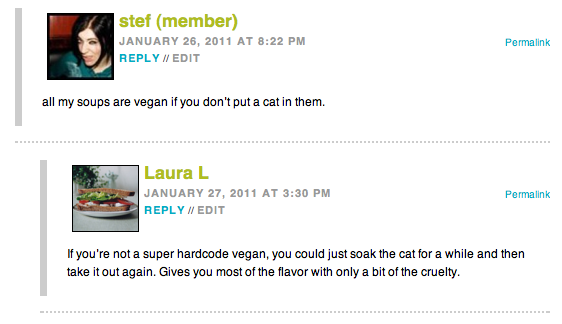 On Skins US Episode 102 Recap: Tea is a Lesbian Who Likes to Kiss Girls: