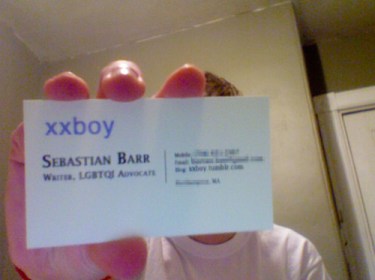 When Laneia and Riese first contacted me about writing for Autostraddle, I had a whole bunch of mixed emotions.

The fanboy in me who’d read every Real L Word recap pretty religiously had an “OMG THEY LIKE ME?!” moment.

The queer in me was honored and excited about the opportunity to write for a site that is so prominent in the world of non-hetero culture.

The man in me felt a little out of place and possibly ignored.

The opportunist wondered if this would help me get jobs and/or girlfriends.

And the pragmatist in me thought, “Well there are a lot of trans men that aren’t going to get this.”

You see, I am a man who was assigned “female” at birth. And I lived as a female for 21 years before I transitioned (more on that in a later post). I am a transgender man. For some trans men, the trans part of our identities is nothing more than a medical condition or a piece of our past that is no longer relevant. For others, being transgender is something a little more significant. I fall in this latter group. My experience living as a girl and as a female for so long and my experience transitioning to and living as a man are central to my identity – to who I am and who I am becoming.

But I am a man. And my initial understanding of Autostraddle was that it was a “lesbian site.” THE lesbian site. Was there room for me as a man on a site covering “girl-on-girl culture”? Would my writing for them mean inaccurately emphasizing the female part of my history and downplaying the male part of my present and future? Would their lesbian readers want me there? Could they welcome me as a queer-identifying, straight-leaning dude? Would my trans readers resent me for thinking I could be included in this female-focused arena?

When I wrote to The Editors about my concerns they broke it down for me, explaining that “indeed [Autostraddle is] lady-focused, but not lady-exclusive.” They wrote, “We hate the gender binary thing and want to celebrate gender and sexuality diversity. We really really really want to talk as often as possible about re-conceptualizing gender in general.”

Well, as one of those trans men who identifies with his past as a woman without seeing it as a challenge to his maleness, I definitely am an example of a re-conceptualization of gender.

I also identify as queer. I was recently asked how I could identify as a straight guy and as queer. (I am attracted almost exclusively to women and would categorize my sexuality as largely heterosexual.) I listed multiple reasons in the initial answer, but the gist of it is that I acknowledge that I identify with parts of my past that are not solely male and with parts that are not solely heterosexual, and I ultimately believe that queer is more of a mindset. Riese shared a quote with me from Jack Halberstam that seems to fit quite well: “The sexual encounter is queer because both partners are queer and the genders of the participants are less relevant.” 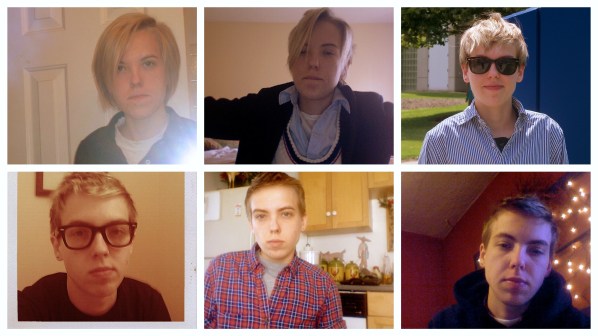 So I’m a queer straight dude who has some interesting and important (if I do say so myself) insight on gender, gender relations, gender transition, transgenderism, sex, sexuality, pop culture, politics, and all sorts of queer things. And it seems to me (and to Autostraddle) that I may just be a good fit after all.

And in closing, I’ll get serious for a bit and say that I think it is important for us queers to stick together rather than adhering to identity boundaries and other lines drawn in the sand. Being a woman interested in “girl-on-girl” sexuality is a form of sexuality variance. Being a man who lived as a woman and has two X chromosomes is a form of gender variance. It’s not the same thing, but we’re both battling against assumed and socially enforced norms and struggling for large-scale identity affirmation. I’m thrilled to be a part of this step toward a more inclusive exploration of gender and sexuality diversity.