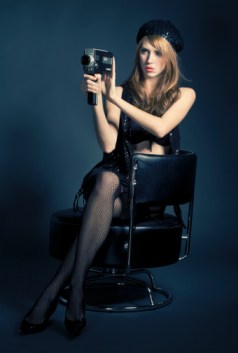 “Today” [last week, but I saw it today] The Atlantic has a multi-authored feature entitled ‘What People Don’t Get About My Job.” With one job per letter of the alphabet, readers are introduced to the true tragedies and toils of waiting tables, clerking in movie theaters, playing bass, fashion modeling, designing graphically, being in the army, working for the IRS and teaching kindergarten, amongst other occupations.

You will find this especially fulfilling if your present or past jobs are included on this list.

For example, from the excellent section on being a “VIDEO PRODUCER”:

“Ok, you can shoot a video about your hilarious cat on your cellphone and get a million YouTube views. But constructing beautiful images and compelling narratives is actually incredibly difficult.”

“Video is not Fast. Video is not fast. Video is slooooooooooooooooooow… To cut two hours of footage down to five minutes, I start by watching two hours of footage. Good, now I’m ready to begin editing. Every new cut, I watch again, and again, and again, ironing out kinks, masking mistakes, cutting out the thousands of “ums,” “uhs,” “likes,” and dead pauses, just so that my interview subject doesn’t sound like an idiot. But then, magically, after hours, days, or weeks, the story runs quickly and smoothly and my interview subjects sounds like a genius.”

From the excellent section on being a “WAITER”:

“I make $3 and some change an hour. My paychecks end up being around $20 for two weeks, after taxes are taken out… I have to “tip out” other employees. Three percent of my total sales goes to the bartender and the hosts. Even if a table doesn’t order an alcoholic drink, I still have to pay the bartender. If you come in and don’t leave me a tip, I have to pay to serve you.”

So true. No really, go find your truth.