A few weeks back, we told you about Pariah: The Movie‘s Kickstarter campaign, the film’s effort to get the money they needed to wrap up music clearances and sound mixing as well as to send the cast & crew to Sundance for its big premiere.

They met their goal, and made it to Sundance — and on opening night, January 20th, 2011, they earned the festival’s first standing ovation. (Oh, and also, half of every dollar rasied in excess of their $10K goal was donated to support The Ali Forney Center, which works to provide safe, nurturing environments for homeless LGBT kids in the New York City area.) 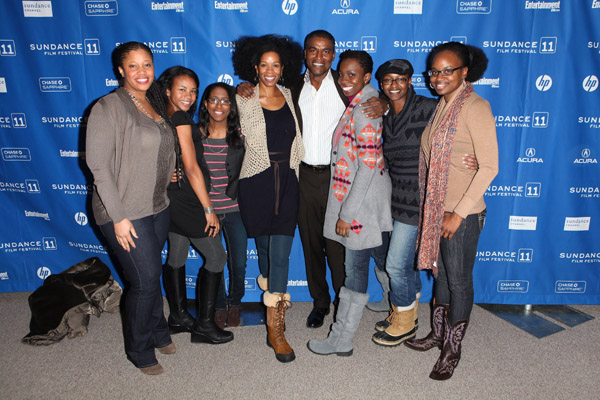 opening night of "Pariah: The Movie"

Why is this a big deal? Well, let’s start with the film’s description:

At the club, the music thumps, go-go dancers twirl, shorties gyrate on the dance floor while studs play it cool, and adorably naive 17-year-old Alike takes in the scene with her jaw dropped in amazement. Meanwhile, her buddy Laura, in between macking the ladies and flexing her butch bravado, is trying to help Alike get her cherry popped. This is Alike’s first world. Her second world is calling on her cell to remind her of her curfew. On the bus ride home to Brooklyn, Alike sheds her baseball cap and polo shirt, puts her earrings back in, and tries to look like the feminine, obedient girl her conservative family expects. With a spectacular sense of atmosphere and authenticity, Pariah takes us deep and strong into the world of an intelligent butch teenager trying to find her way into her own. Debut director Dee Rees leads a splendid cast and crafts a pitch-perfect portrait that stands unparalleled in American cinema. 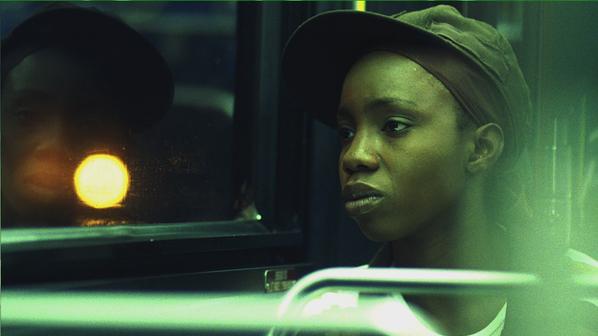 So what we have here is a movie about (and written/directed by):

4) Women with “masculine-of-center” gender presentations including women who present/identify as “butch” and “stud” or not even as “women” at all, as well as women who don’t feel an affinity towards any specific gender label/presentation.

WOW! Just ONE of those demographic groups is enough to earn one hundred slammed doors in Hollywood — but with a critical reception like this, there must be hope, right?

“Striding in with hard-won confidence to depict a culture hidden from outsiders, Rees has made a movie of exceptional, raw honesty. There’s no mincing of words, deeds, or feelings among these believable young women. The film pulses with color and the sexy sounds of club music.”

“…feels like an incidental rebuke of the festivals long-standing suggestion that the sexuality of young white boys is the center of the universe.”

Of course not everybody is so optimistic.

The Wrap: “..the movie is too long, and probably too blacklesbianandcomingofage to find a wide audience.”

Dewey from Detroit: “Although all of the other Sundance reviews will praise it’s honesty, rawness and ability to tell it’s own story, the reality is it’s too long,  too grim, too black lesbian-coming-of-age and way, way  TMI. Do you really need to see a teenage girl’s first experience with a strap-on? I think not… Pariah’s supporters will say Hollywood is just not ready for serious gay films. More to the point, they’re not ready for seriously bad gay films.”

Aside from the fact that yes indeed we do need to see a teenage girl’s first experience with a strap-on, because there are still plenty of people (many teenage girls included) who don’t think such a thing exists or think that they’re the only people in the entire world who have ever imagined it – it’s possible that things are changing. At Hitfix, Gregory Ellwood takes into account the success of The Kids Are Alright and the reception of Pariah: “After almost a decade of disappointing and at times embarrassingly bad feature films that consistently descended into stereotypical cliches, independent gay cinema may be on something of an upswing.”

We’re as weary as anyone else of generalizing an upswing based on the success of two examples, but when it comes to film, two examples is just about all you need. Around 500 or 600 films get released in theaters each year, and only about 150 major studio releases.

So we’ll end with another blog post from The LA Times:

The director acknowledged her movie doesn’t have the most commercial premise. “You say, ‘black’ — ‘Oh no,'” she said recounting a (hypothetical?) meeting with financiers. “You say, ‘lesbian’ — ‘Oh no.’ You say, ‘coming of age,’ they’re like, ‘Next meeting.'”

Given the reception Thursday night, though, it’s hard to imagine people in Hollywood — including the numerous agents who had turned out to scout Rees — skipping many meetings with her.

What do you think? IS AMERICA READY FOR STORIES THAT AREN’T ABOUT DOUCHEBAGS OR CAR EXPLOSIONS OR SKINNY WHITE GIRLS? Or at least a small audience of hyperintellectual critics at an elite film festival? Is this the future yet?