This week’s adventures include finding out if she’s “the one,” back to school advice for college queers and more things Riese read and loved. We’re also having the biggest merch sale ever and toasting the end of summer with these delicious drinks.

Also, Insider Issue Fourteen is out, Mey interviews her brother about asexuality, Cee talks about living that freelance life and Heather has fan fiction goodies for you. Oh, and in case you missed it, 90s chokers are back and Lumberjane Jo comes out as trans in Issue #17.

That’s where were at this week. Now some words from you!

The Stakes Are Low Award to Blackmar and Lex: 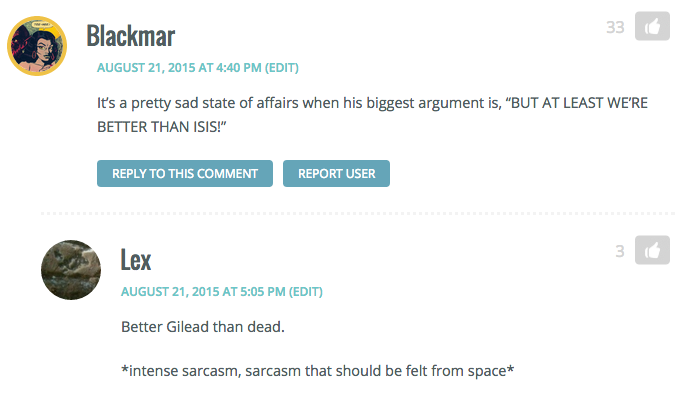 The Floral Hygiene Award to lomy: 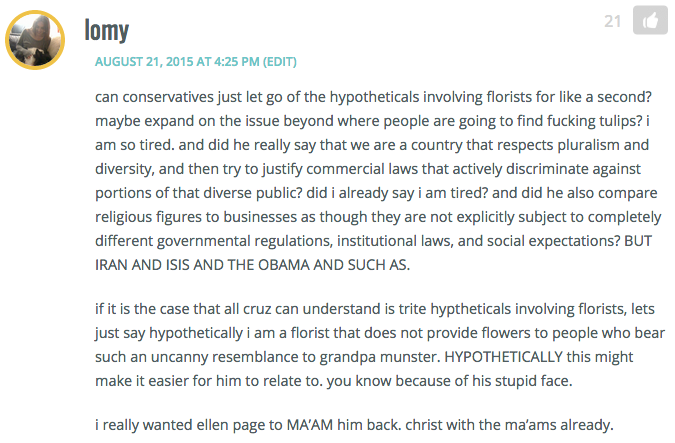 On Also.Also.Also: This Wilderness First Aid Kit and Other Stories for Your Weekend:

The That Sinking Feeling Award to Luce:

On Follow Your Arrow: Web Developer Cee on This Freelance Life:

The As Do We Award to Torrebelle:

On FRIDAY OPEN THREAD: Show Me Your Unbridled Happiness: 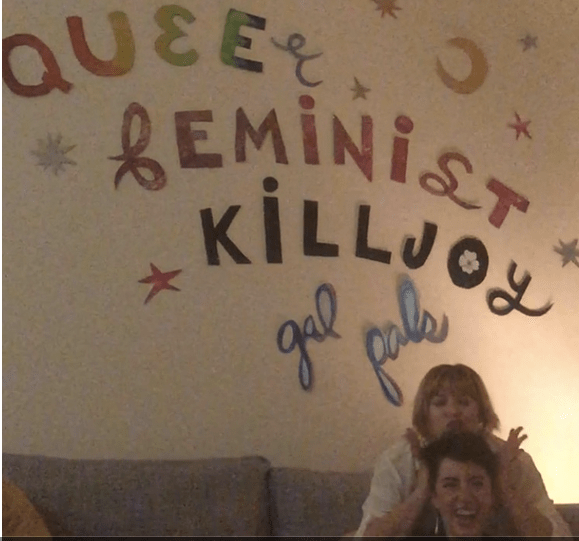 On Lesbian Sex: Your 15 Favorite Ways To Have It:

The That’s the Plan Award to Jenny:

The Safest Space Award to Kaley: “I am in grad school for astrophysics which is why I am qualified to say that outer space is definitely a safe space.”