In case you need reminding of this next year, you should make sure to buy a 2012 calendar around this December. Oh look, we have our girls for March.

Pure Poetry Week continues, hopefully forever, and this week we had a special post: Sady Doyle talk about Diane Di Prima and it’s beautiful and moving and wonderful. Also, the kids at Harding University made a queer zine which probably has a billion views by now, Nacho the dog gets Tyra Mail, Sebastian takes us back to age 3 when he first knew he was a boy, and we celebrated international women’s day.

Oh, and Santana is queer for real.

On Girlfight! — In Which We Debate Westboro’s Right to Picket Funerals:

The One Time At Band Camp Award to novastar:
So this one time the Westboro Baptist protested my highschool, because of our GSA or something. I made out with a girl in front of them. It was awesome. 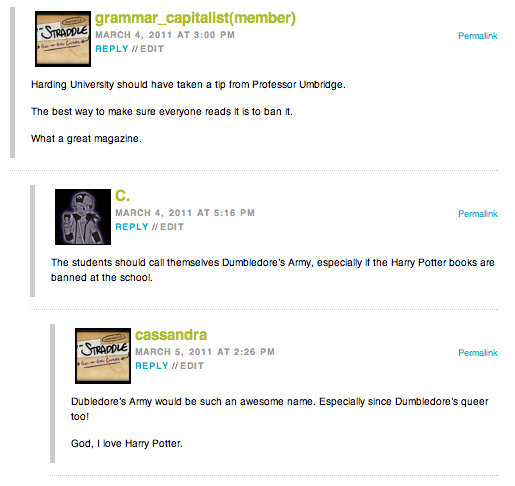 On NSFW Sunday: Everyone Wants to Take a Lesbian Purity Test:

The PokePotter Award to Paper, sarah b.: 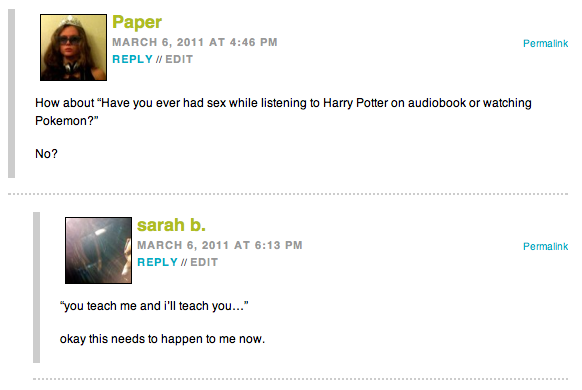 The Autostraddle Gets You The Girls Award to wallow14: 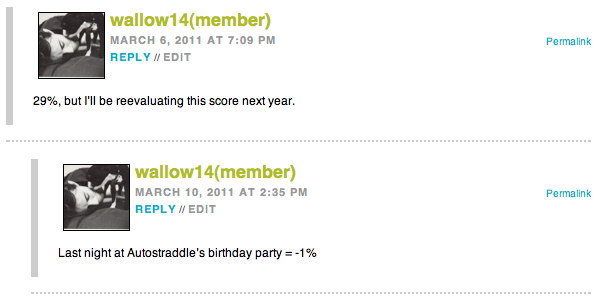 The So Demanding Award to Jules, Ryvn, aks: 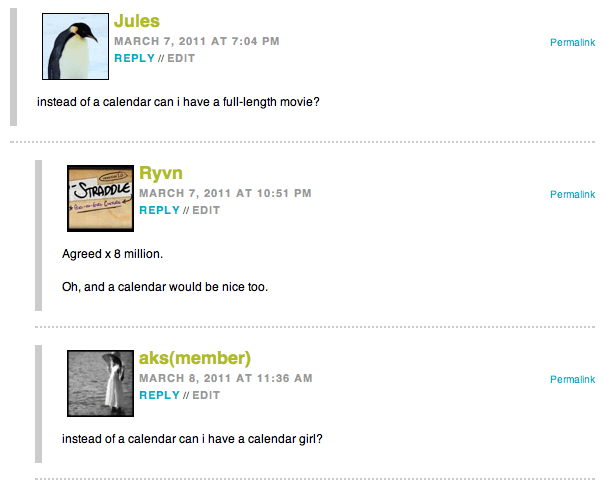 The WORD Award to cynthia: 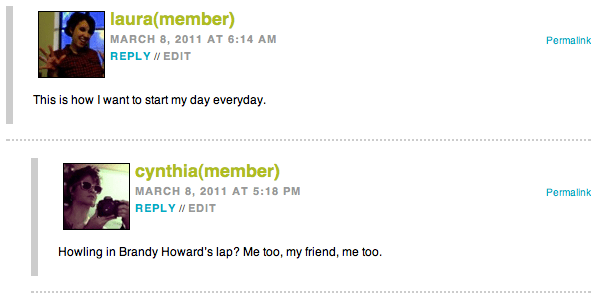 The Two for One Award to Sally:
This is tricky. If you only have so much celebrational energy, do you spend it on International Women’s Day, or Pancake Day? I mean really, those two things don’t have much in common.
Pancakes are best enjoyed smothered in jam or chocolate, having been yielded by a firm and vigorous wrist-action.
Whereas women…
ah sorry, I drifted off for a second there.

On Pretty Little Liars 120 Recap: Someone to Watch Over Me As I Say I’m Gay: 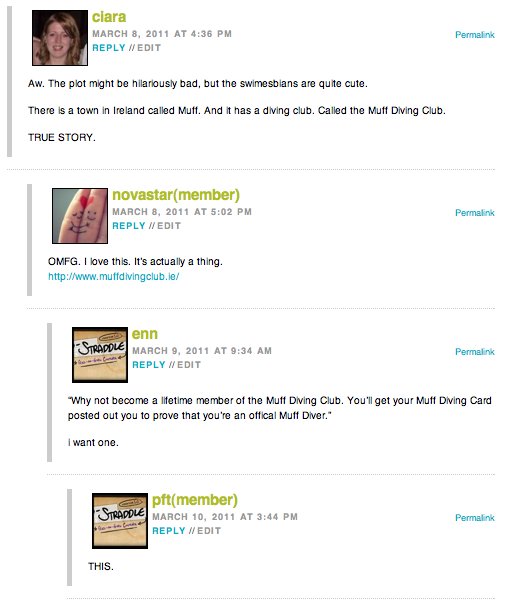 The wasteunit Award for wasteunit to wasteunit:
I was going to send you a picture of my boobies for your birthday, but then I realized I might go to jail because you’re only two.
Anyway, thank you for all that you do! You’ve totally changed my life for the better.

The Flannel is Arousing Award to junebug, Grace_B, Eje: 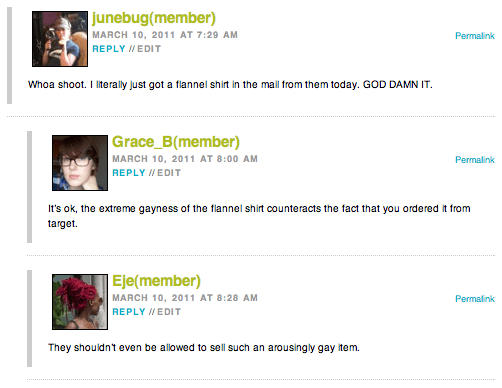